Got the Allergy Blues? The Antihistamine Diet May Help 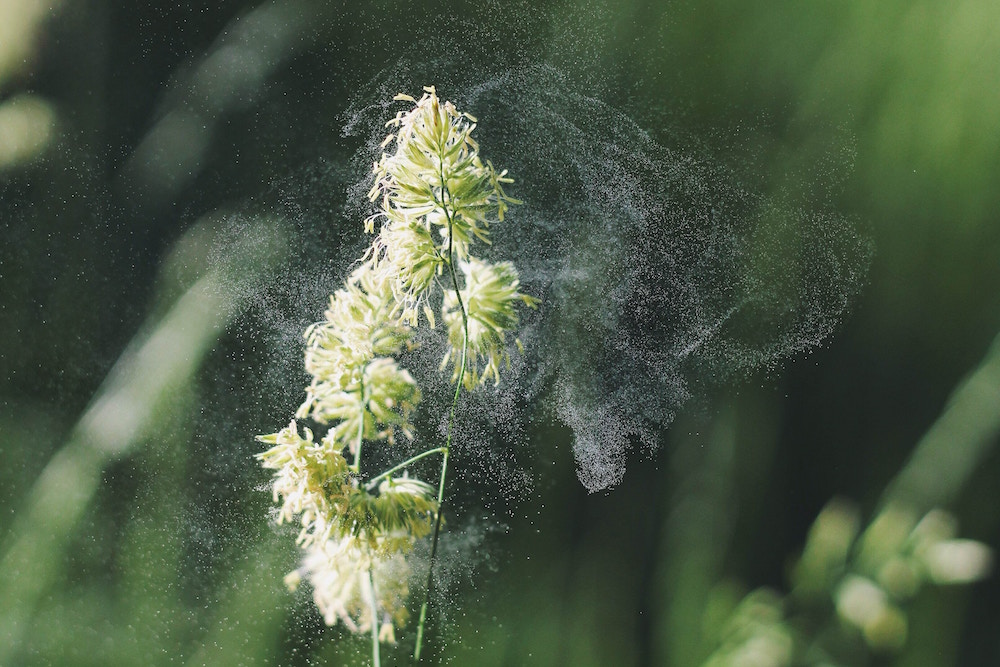 Inside scoop: Check out ways the antihistamine diet might be able to help with your allergy blues.

If you know hay fever, you’ll totally get this picture:

You know what it feels like to look at beautiful cherry blossoms as if they were alien invaders about to kidnap your family (seriously, don’t touch me).

You know what it’s like to crave summer, but wished that everything alive outside would just CTFO (chill the f out).

You know that suffering from hay fever is not fun.

As simply put as can be, hay fever AKA allergic rhinitis is an allergic reaction to pollen or dust. Hay fever can happen pretty much any time of the year, depending on what substance you’re allergic to, but tends to be the most common in the spring, summer and early fall.

Symptoms can often include:

Generally, these symptoms are more severe on days that have higher pollen counts, which you can find here.

WHY DO SOME PEOPLE GET ALLERGIES AND OTHERS DON’T?

Suffice to say, some people will experience hay fever in a way that others won’t. Just as we all have a different set of genetics, and different ways we metabolize food, our immune system response is different from person to person.

When your body produces hay fever symptoms, it’s basically your immune system ‘over responding’ to something that it, in normal situations, wouldn’t. It takes this pollen or dust particle and assumes it to be a foreign invader (or pathogen), thus causing an attack to rid the body of it.

One thing that the immune system does in response to this ‘pathogen’ is release histamine, and this release of histamine is what causes all those nasty symptoms described above. 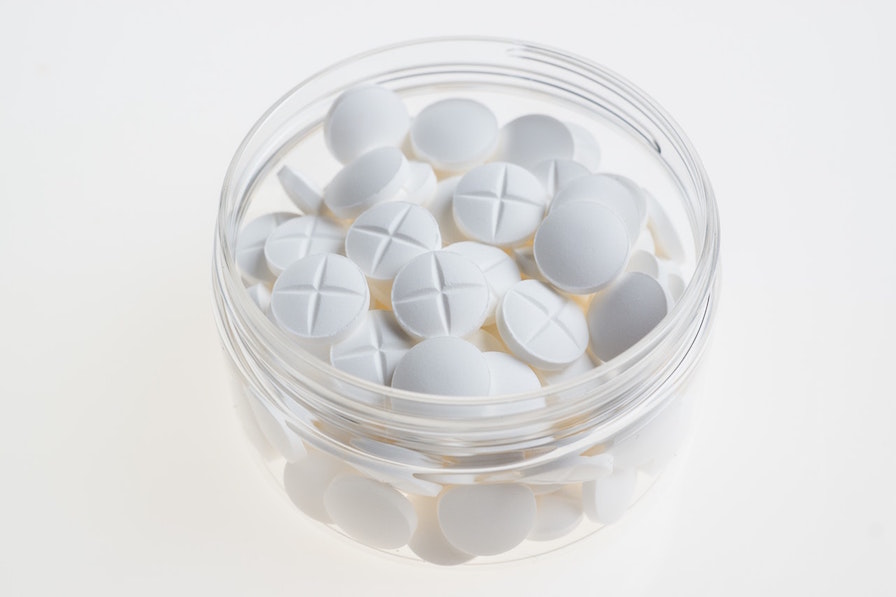 WHAT CHRONIC, LONG-TERM USE OF OTC ANTIHISTAMINES CAN DO TO YOUR HEALTH

Over the counter antihistamines we’re designed to limit your body’s production of histamine. This is relevant to allergy symptoms because histamine plays a role in scaring off these so called foreign invaders by loosening up your capillaries allowing the white blood cells to flow more freely to the site of attack.

When your exposed to whatever your body is recognizing as an allergen, this means your body’s histamine levels are increased, causing symptoms, hence the need for an antihistamine.

But in those who experience severe hay fever, the immune system is a little over reactive (can anyone say drama queen?), it tends to make a scene in order to push out those allergens. This does mean your immune system is working, but also it’s a bit unwarranted as these allergens aren’t biologically harmful to the human body (anaphylaxis being a different story).

So, taking an antihistamine is one way of mellowing out your immune system, the only downside of antihistamine drugs is the potential long-term effect they can have on your neurological system.

A long term study by the University of Washington’s School of Pharmacy suggests that chronically using anticholinergic (such as antihistamines) for the equivalent of three years was associated with a higher incidence of dementia, as opposed to taking the anticholinergic for 3 months or less.

If you have mild allergy symptoms that flare up 1x a year for a month or so, taking a daily Claritin probably won’t do any damage, but if you chronically suffer from allergies, then considering a more natural route, especially dietary changes, may be beneficial in managing your symptoms, long-term.

HISTAMINE INTOLERANCE, THE ANTIHISTAMINE DIET, AND WHY THIS NATURAL OPTION MIGHT HELP LONG-TERM

Of course, if you have an allergic reaction to foods, the same immune response happens. You ingest something your body recognizes as an invader, your immune system reacts, mast cells release histamine, and then histamine and white blood cells get to work to try and remove the allergen.

Just as your body releases histamine, it also has the ability to break it down. There is a special enzyme in the body called diamine oxidase (DOA) which helps break down, and essentially digest histamine so that once the immune system has responded to the allergen, things can supposedly return to normal. We say supposedly, as some of us have a DOA deficiency and histamine levels can build up in the body, thus contributing to the chronic allergic symptoms.

Not only does a deficiency in DOA contribute to the poor breakdown of histamine, and the lingering symptoms, but certain foods actually contain their own histamine levels, and experiencing really bad seasonal allergies, or constantly reacting to certain foods may be an indication that you’re intolerant to histamines, and may need to consider a diet that contains low histamine foods, or an antihistamine diet.

WHY IS THIS IMPORTANT TO SEASONAL ALLERGIES?

Chronic hay fever symptoms may mean your body’s immune system is beefed up and histamine is going a bit wild in your body. Adding the onslaught of high histamine foods to the picture could potentially be making things worse.

You might find that following these natural tips to reduce histamine levels, will help with the overall hay fever picture. 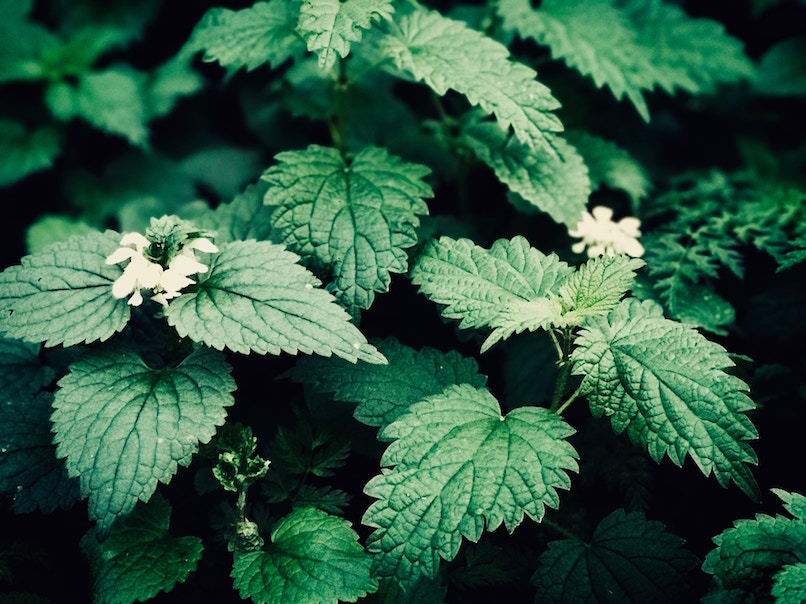 8 WAYS THE ANTIHISTAMINE DIET CAN HELP YOUR ALLERGY SYMPTOMS

This is our hands down favourite remedy and although there are limited studies on stinging nettle and hay fever, in a practical setting we’ve found it to be pretty effective.

What’s the theory? Although stinging nettles create a histamine response when you touch them, they are actually considered to be a natural antihistamine. In one randomized, double blind study, over 50% of the participants rated it effective in relieving their symptoms.

To get the full benefit of nettle tea, drink it 3x a day or take a dose of 300mg/day, as this is where the medicinal benefits come into play.

Turmeric is known to have anti-inflammatory properties.

In animal lab studies, the use of curcumin (the active component in turmeric) indicated a reduction in the allergic response to those animals that were treated. More studies are needed for the effectiveness of treating the allergic response with curcumin, but the results suggest it may have a role to play as a natural therapy.

Eating turmeric with black pepper, or supplementing with a combination of the two active ingredients can drastically increase curcumin blood levels (thus suggesting that black pepper helps turmeric become more bioavailable). So, make sure you’re getting a combination of both in your diet at the same time.

You can access our favourite brand of Curcumin + Black Pepper by downloading our 2018 Supplement Guide here.

3) REDUCE FOODS THAT ARE HIGH IN NATURALLY OCCURING HISTAMINES

As mentioned, there are some foods that also have naturally occurring histamines.

Try to reduce these foods for 30 days to manage your histamine release, and reintroduce them back into the diet, one at a time, to see how you feel with each. 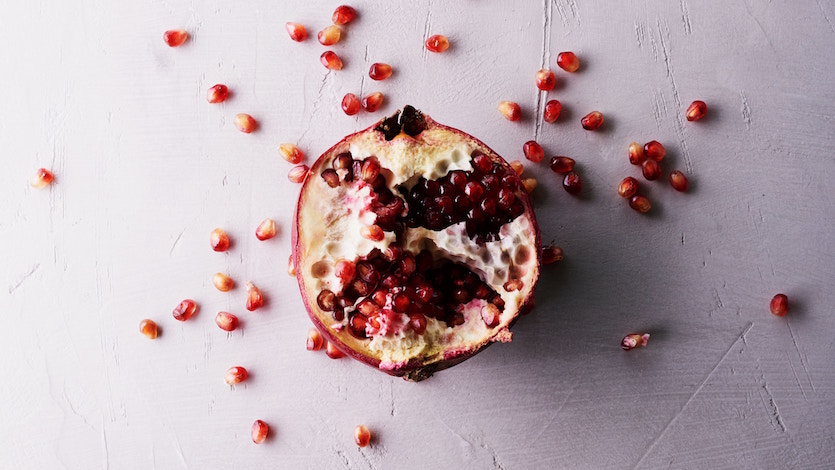 Like stinging nettles, there are other foods out there that are said to be natural antihistamines. Increasing the following foods in your diet may be beneficial for reducing your body’s histamine levels:

Not only do highly processed foods contribute to poor digestion and a compromised gut, but also, they often contain hidden allergens.

Some of the highest allergen foods are: wheat, corn, soy and dairy, and the most highly processed foods often contain these in some form or another. Whether the food is cooked in vegetable oil that contains corn or soy, or contains a seasoning with wheat or dairy. Highly processed foods contribute to poor health in one way or another, so be mindful of what you’re eating and make sure you read the lables.

Some studies suggest that Omega 3 fatty acids have protective effects for the immune system and the inflammatory response.

You can supplement with Omega 3 (which you can find if you download our 2018 supplement guide here) or get it in your daily diet with fish, chia seeds and flax seeds.

There’s a theory that suggest food allergens can be a result of a condition called leaky gut. Leaky gut essentially refers to an issue with intestinal wall permeability, which allows bacteria, food proteins and toxins to seep into the bloodstream from the intestines.

When your body sees a foreign particle in the bloodstream that’s not supposed to be there, it creates that allergic response. If you know you are sensitive or allergic to specific foods, removing them from your diet and focusing on healing the gut may possibly be able to help manage or minimize the levels of histamine in the body.

Because an antihistamine diet may become incredibly strict, it might be beneficial to start journaling your daily food intake, with the daily pollen count, and if you have any reactions after eating certain foods.

ARE THERE DOWNSIDES TO THE ANTIHISTAMINE DIET?

Clearly being on an antihistamine diet can be very restrictive, and if you are avoiding a lot of foods you can run the risk of becoming malnourished. We would definitely suggest speaking to your doctor before applying any of these tips to your diet, but also, do your due diligence and test out how you feel with less ‘histamine releasing’ foods in your diet.

You can simply start by removing a few foods at a time and see how you feel. Or check out your local pollen count and limit high histamine foods on the days the pollen count is high.

The antihistamine diet is a guideline into the foods that can increase and decrease histamine levels in the body, and speaking to a doctor or ND may be beneficial so you can come up with a plan together to see what works best for you, without running the risk of removing everything or being overly restrictive.