Should You Avoid All Grains for Better Gut Health As A Celiac? 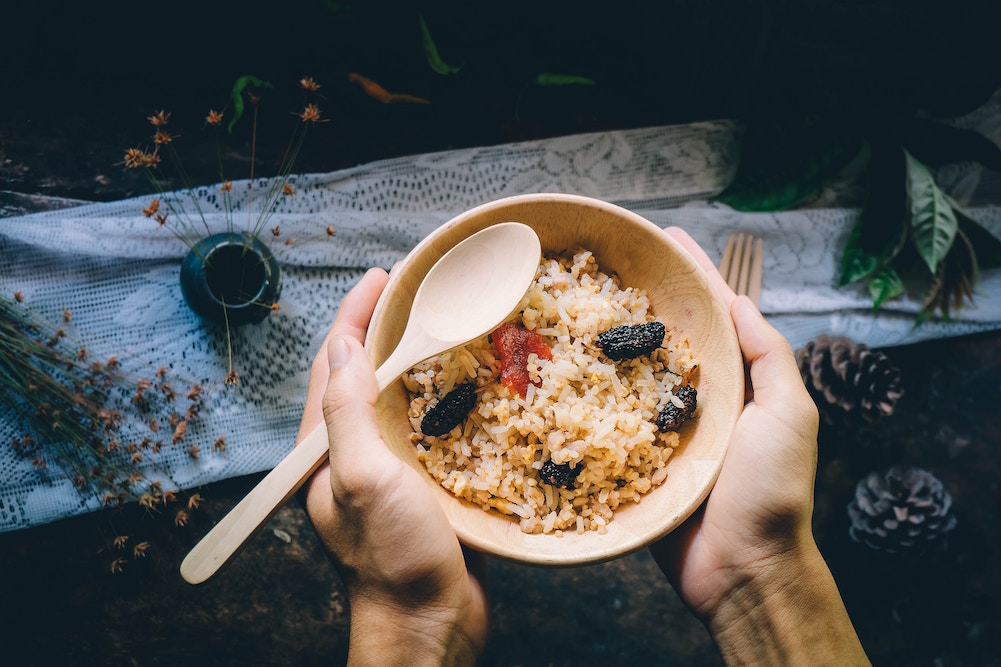 Inside Scoop: Here are the facts on whether you should avoid grains if you have been diagnosed with celiac disease. 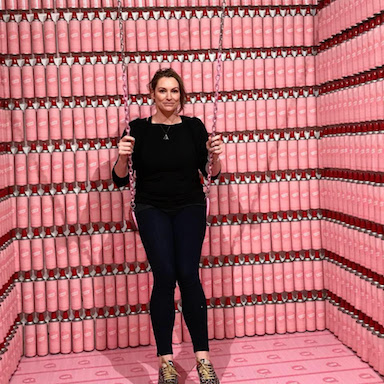 This post was submitted by Sinead Quinn, an Integrative Health & Wellness Coach, passionate about working with busy moms.

I was diagnosed with celiac disease in February of 2017.

Initially I was rejoicing to have an answer to my ailments, cutting gluten out of my diet has improved my life 10 x over and I adjusted to a gluten-free life pretty well. It’s amazing when it is no longer a choice because an actual DOCTOR has told you that you have an actual diagnosis, I wasn’t just following a trend. I no longer cheat my ‘diet’, no more sneaky buttery croissants or just a ‘wee piece of cake’ resulting in possible chronic diarrhea or fat ankles from bloating, water retention and migraines. This is an actual disease and my body will attack itself if I cheat.

My health continued to improve, it felt like life was doing a 180 degree turn for me. The sky was bluer and I swear the birds sang more around me. People would say to me “Wow your skin is amazing! What are you doing? You look fantastic”. I would smugly say “I have been diagnosed with celiac”, as if I was also justifying my years of crawling through parenthood looking like shit.

As of late I have hit a plateau. The numbers on the scale stopped going south, and my health feels like I got to a place of success and then my body hit pause. I am keeping strictly gluten-free, though I have had some accidental situations with hidden gluten in marinades, oats or questionable gluten-free pizzas.

Which had me to wondering…

I’ll admit my gluten-free bread upsets my stomach, the gluten-free pasta that I occasionally eat will at times sit in my stomach and cramp. It’s like it’s giving me a physical internal harsh nudge for thinking I could replace the soft goodness of glutenous foods with a mediocre impersonator, and don’t get me started on quinoa.

So overall, I have been avoiding a lot of grains in general. 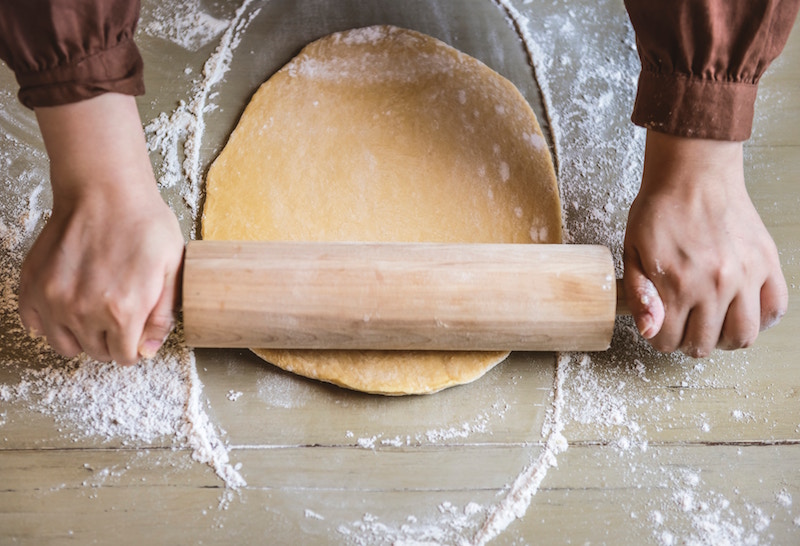 SHOULD CELIACS AVOID ALL GRAINS IN THEIR DIET

I first turned to Alexa and Siri, neither of them had an answer for me. In fact, Alexa even suggested I was speaking another language, so I had to actually do this research myself – pffft!

Off I went deep diving, head down, bum up and wow did I land into a rabbit hole. I have spent the better part of a week – on and off – researching and exploring celiac disease, gut health and grains, both gluten-free and gluten ladened. And although these are all areas I studied in my journey to becoming an Integrative Health Coach, I didn’t always explicitly link them together.

This has led me to some kinda scary research, like posts titled – Why most celiacs are slowly dying.

“Both of these studies looked at patients that are supposed to be “healed”… supposedly “well-treated.” Even though they appeared to be symptom-free, the medical tests paint a much different picture. These asymptomatic adults and kids still had inflammatory fires raging in their gut… promoting further disease development (like Cancer).”

Okay… so this got my attention to say the least.

Did you know that as a card carrying celiac even after 2 years of eating a strict gluten-free diet that 60% of adults have guts that haven’t healed from the destruction that comes with having celiac disease? This is often leads people to feel better, but still continue with substandard nutrient absorption.

Some researchers are even claiming that there is an increased in mortality with celiac disease. WTF! I am a mother of 3 young kids, and I still have years ahead of me where I am required to heavily question their choices in fashion, music and life partners. Manipulating my way into every part of their adult lives and guilting them into caring for me in my old age. I can’t have increased mortality!

So what started  as a research if celiacs should avoid grains and if I should aim to be more than just gluten-free has led to the research of early death… nothing too dramatic there, but where to next?

Well, although some of this research is from early 2000’s and some even earlier it does raise a question. How do we turn this boat around? And more importantly, can I still eat gluten-free grains?

Thankfully, we are in an age where science seems to be powering ahead with research and we have the likes of Dr. Alessio Fasano, MD, Director of the Center for Celiac Research & Treatment at the Massachusetts General Hospital for Children in Boston, who seems to be leading the fight on the effects of gluten in our diets. His book Gluten Freedom was in fact one of the first books I picked up on my journey to my celiac diagnosis. 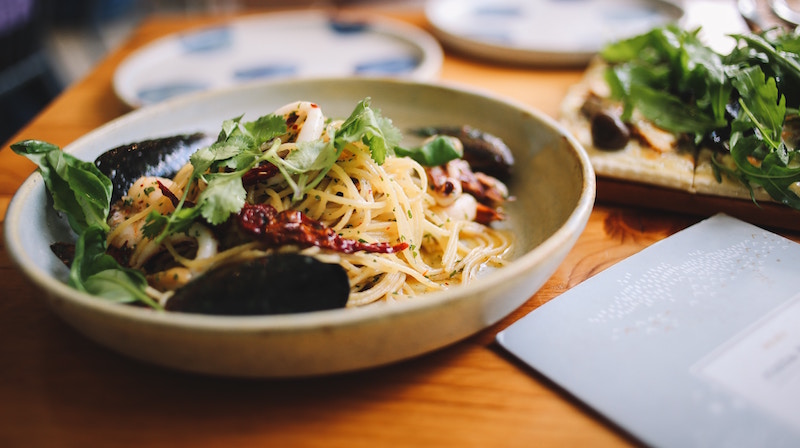 IS AVOIDING NON-GLUTEN GRAINS THE SOLUTION?

In his book, Dr. Fasano talks about leaky gut which seems to be the gateway to many autoimmune conditions. And with researchers and big pharmaceutical companies all in the race of discovering the ultimate in microbiome of the gut, the topic of leaky gut is not one to be dismissed. However, this topic requires more than a side note on a blog post that ultimately started off with the question – Should You Avoid Grains for Better Gut Health as a Celiac?

After all this research here is what I have discovered.

If you do the basic top level research to answer the question at hand, there is nothing to suggest that anyone with celiac disease should avoid non-gluten grains. In fact it is encouraged to include them in to your diet. The Mayo Clinic, is just one of many medical clinics, going as far as saying that they are an important part of our nutrition and should most definitely be consumed as part of a healthy diet. The University of Chicago has a Celiac Disease Centre and they insist that including non-gluten grains such as brown rice and whole grain corn will in fact lower our risks of diabetes, heart disease and cancer.

However, if you in fact have leaky gut along with your celiac diagnosis and you’re looking to heal your leaky gut, then following a strict protocol is required, and it varies from practitioner to practitioner on the advice of including non-gluten grains or not.

If you have digestive issues and are unsure of how you react to grains or other foods, then we highly recommend that you keep a food diary. You can download your free Food & Mood Diary below to help identity any food sensitivities that you may have.

My advice would be the following. After a diagnosis of celiac disease, discover the world of whole foods and gluten-free living. Start your journey of repairing your life, energy and lift that veil of fog and illness that has been hanging over your head for most likely years. Embrace your new found energetic fuller life and give the finger to anyone who suggested you were making up your symptoms – seriously it does make you feel better.

While in this recovery mode, continue to get regular blood test from your doctor and monitor your nutrition and vitamin levels. Increase your probiotics, and include some fermented foods into your diet. If after 12 to 18 months you’re still feeling that something is holding you back and you are being strict with your gluten-free diet, find a well-qualified recommended integrative practitioner, naturopathic doctor or health coach who specializes in elimination diets and healing leaky gut and work with them. It could be that you are of the 60% whose gut did not heal on its own. This is most likely going to involve removing all grains from your diet. But, this is only for a limited time and although you will never be able to return to gluten, you can return to gluten-free grains.

So to answer the question Should You Avoid Grains for Better Gut Health as a Celiac?…As with everything in nutrition, there is no straight answer. But on the basic level… Nope. You’re all good, you can eat them till your heart’s content. But if you have leaky gut with your celiac disease… then maybe 😉

If you’re thinking of going grain free, we make it easy. Check out some delicious grain free recipes here.

Sinead is an Integrative Health and Wellness Coach, she is passionate about working with Busy Moms to create a balance of health and wellness in an already hectic schedule.

Through her own struggle of chronic fatigue, ill health, weight gain and problematic pregnancies and celiac disease she was drawn to build Grateful Wellness and work with women facing similar challenges in life. Creating an environment to embrace health and wellness, while letting go of the pressures of perfect. Life is about balance and enjoying a laugh.