Could Baru Nuts Be The Next Peanut Alternative Superfood? 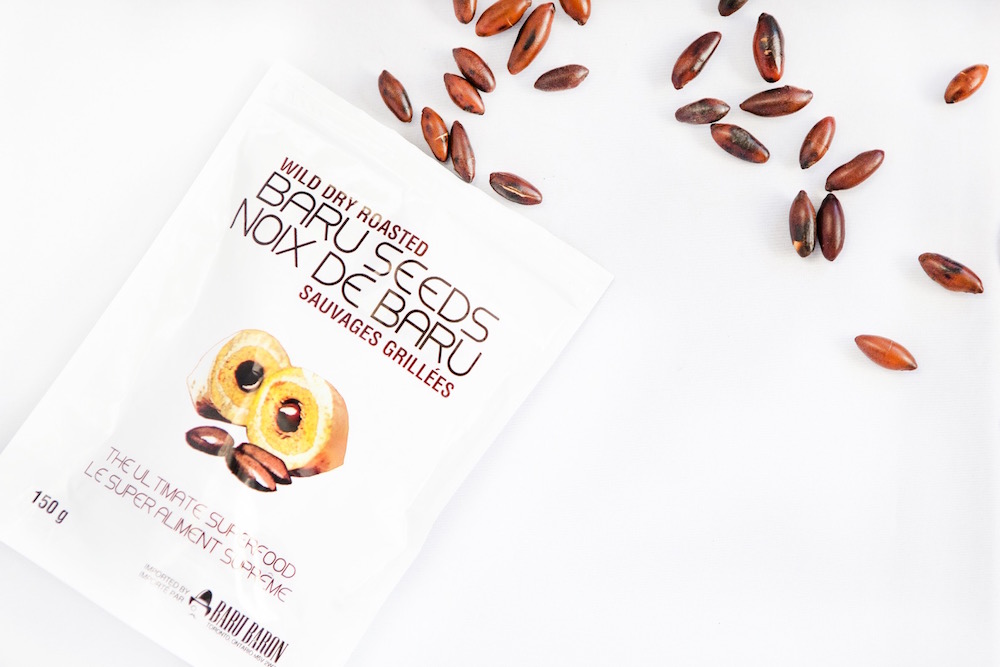 Inside: Baru Baron and one of the most nutritious super foods we’re just starting to learn about, baru nuts.

We’d like to say that we’re on top of the latest food trends. Yes, we’re all about simplicity and opting for local produce when we can, but as nutritionists and foodies learning about exotic foods native to cultures other than our own lights up a sparkle in us. Honestly, we were surprised that we had never heard of baru nuts before, considering our obsession with peanut butter, how could we not know anything about its twin, the baru nut?

So, we sat down with Shand Santos, founder of Baru Baron, a Toronto-based company focused on raising awareness about this incredible superfood. Read on to find out the amazing health benefits of baru nuts, and of course we have a delicious vegan, gluten-free baru oatmeal recipe for you.

1) It’s rare that we come across products that we’ve never heard of especially when we find out they taste like peanuts (apart from chocolate, peanut butter is a staple in our baking and cooking). Could you tell us how you found baru nuts or seeds and what inspired you to bring them to Canada and start your company Baru Baron?


Hey Naughty Nutritionists! It’s a pleasure to be interviewed by you. Well, I’m originally from Brazil – specifically the Midwest area, where they grow – and used to have baru seeds around. I’m always hungry and they’re very filling, so they were something I would always carry with me back home as a snack. When I moved to Canada, I realized nobody was importing it, let alone know about it! I already knew they were great, so I decided to do it myself and share the seeds and their story with the world.

2) Our name says it all, at Naughty Nutrition we don’t like to place restrictions on eating, we rather focus on finding the healthiest version of the foods we love and creating balance in our lifestyles. And, that is why we’re all for indulging your sweet tooth and having the occasional glass of wine without the guilt. At Baru Baron, what would you say your motto is?

To bring awareness on baru seeds, the Brazilian Cerrado savanna, and their importance to the world!

3) All over the web baru nuts are referred to as a legume, seed, nut and even a baru almond? What are they exactly and are they safe for people with peanut or nut allergies?

As many other foods, baru is surrounded by misnomers. It’s actually this primitive Legume that appeared 10 million years before most known Legumes. Because it’s so far back in the evolutionary chain and so unique, it doesn’t share the allergenic proteins of peanuts or soybeans, and it’s unrelated to tree nuts. So, if it’s processed in a dedicated facility – which in our case is – it’s completely safe for people with allergies.

The names are mistranslations from Portuguese, and it’s such a linguistic mess. To give you a silly example, we call baru seeds “castanha de baru”, which directly translates to “baru chestnut”. But we also call it “amêndoa de baru”, which translates to “baru almond”. Suppliers and even scientists in Brazil didn’t think much of it when first translating, and called it “baru nut” and so on.

That is also explained because in Brazil, peanut and tree nut allergies are quite unheard of, and so, nobody cares about these allergenic foods. You just don’t see people suffering from peanut or tree nut allergies as often. The translations only reflect how unimportant people thought it would be to call them nuts or almonds, as it already happens in Portuguese.

Disclaimer: Although no known reaction has been documented with baru nuts, they are part of a tree, so if you experience allergies to other legumes, there is a possibility of reaction with baru nuts. 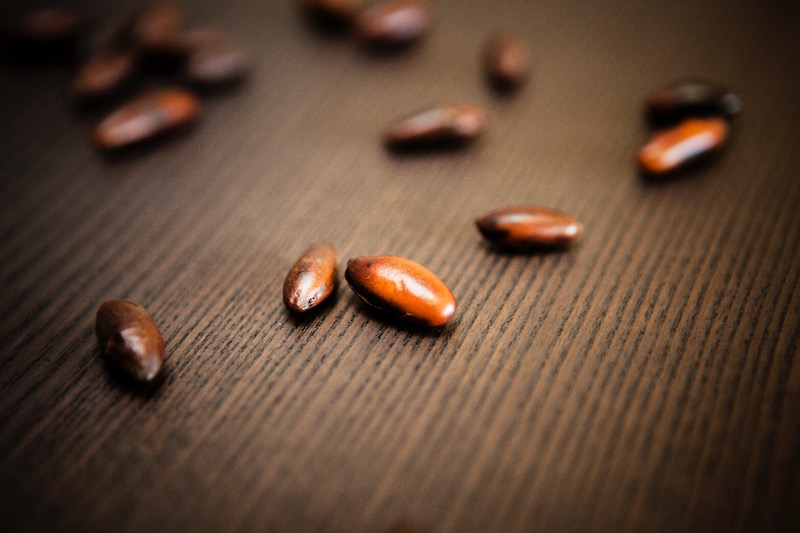 4) We’d love to know a little bit more about the nutritional profile of baru seeds and is there a special way they need to be prepared?

Not at all! You can prepare them in many ways, and they’re very versatile, but traditionally they’re eaten as a snack and that’s it. We dry-roast them just enough to deactivate a component called trypsin inhibitor, and this allows you to digest their protein content, which is very high.

They are also very high in fibre, healthy fats, and minerals such as Phosphorus, Zinc, Magnesium, Manganese, Potassium, Iron and Calcium. They’re high in Vitamin E, which is also called alpha-tocopherol. This is a powerful antioxidant for humans, and there’s a lot of research published on journals such as PLOS one reporting on the seeds’ potential against oxidative stress.

5) Can you tell us a little bit more about the environmental and social impact of planting baru trees?

This is a complex topic, and I’ll try to keep things simple.

First, baru trees are wild, and take 5 years to bear fruits! And they can only grow in their environment, the Cerrado, because of the pollinators. So, many local communities rely on existing baru trees as a source of revenue. Thousands of people forage the fruits when they ripen. We’re talking about hundreds of small communities, and for now, there are barely any baru farms.

Second, mature baru trees have 20 feet-deep roots, as many other native species from the Cerrado. This is a huge savanna that shares its water cycle with the Amazon rainforest – and is crucial because of these deep-rooted trees, as they allow rainfall to enter the ground, and so, keep water tables and rivers in place over a large territory. Unfortunately, the Cerrado has been deforested at an incredible pace for the last 20 years, and there’s only 20% of it left now. So bringing awareness to baru, and increasing its global demand creates some interesting effects. It incentivizes those communities to care for existing trees and to plant even more baru; it uncovers the deforestation the Cerrado has been through, and its dwindling biodiversity to the world; and it generates international pressure for its protection.

We’re talking about an area half the size of Europe, with less than 10% of it protected, even though it’s the ying to the Amazon rainforest’s yang. That is to say if the Cerrado goes, the Amazon rainforest collapses by 2050, and this is something that has been published over and over in Nature Magazine, for example. So planting baru trees is very important! 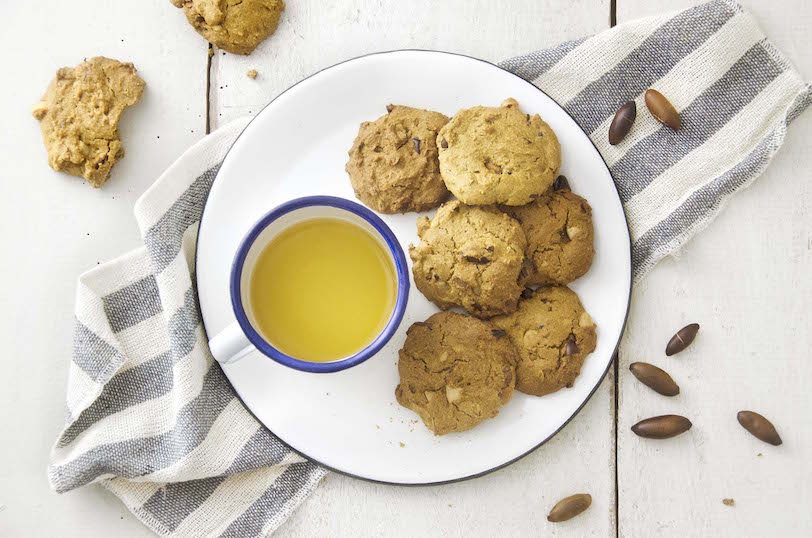 6) Do you have a recipe with baru nuts that you can share with us?

Of course! A favourite of mine is baru oatmeal cookies, they’re so easy to make. This Brazilian guy called André Fronza made the recipe and when I found it I was like “what??”. So I merely translated it, it’s not my recipe. These cookies are vegan and gluten-free and you can’t go wrong with them!

7) That sounds delicious. So, give us the scoop, are you planning to release any new products (baru nut butter seems like something we’d love to try)?

That’s right, we’re prototyping baru butter to be produced in Canada soon. It’s exactly like peanut butter minus the allergies, which is quite unexpected and I’m sure many people will be into. I love using it as a pre-workout snack, it’s so nutrient-dense! But there are many other products also on the works, such as baru oil and spiced baru seeds, that’s all I can say for now!

8) And finally, where can our readers find and buy your baru seed products?

Baru seeds and other baru products can be found in many Toronto downtown Health Food stores and in our online emporium. You can find all that info at www.barubaron.ca.