CBD Supplements & Stress | Here’s How It Changed My Life 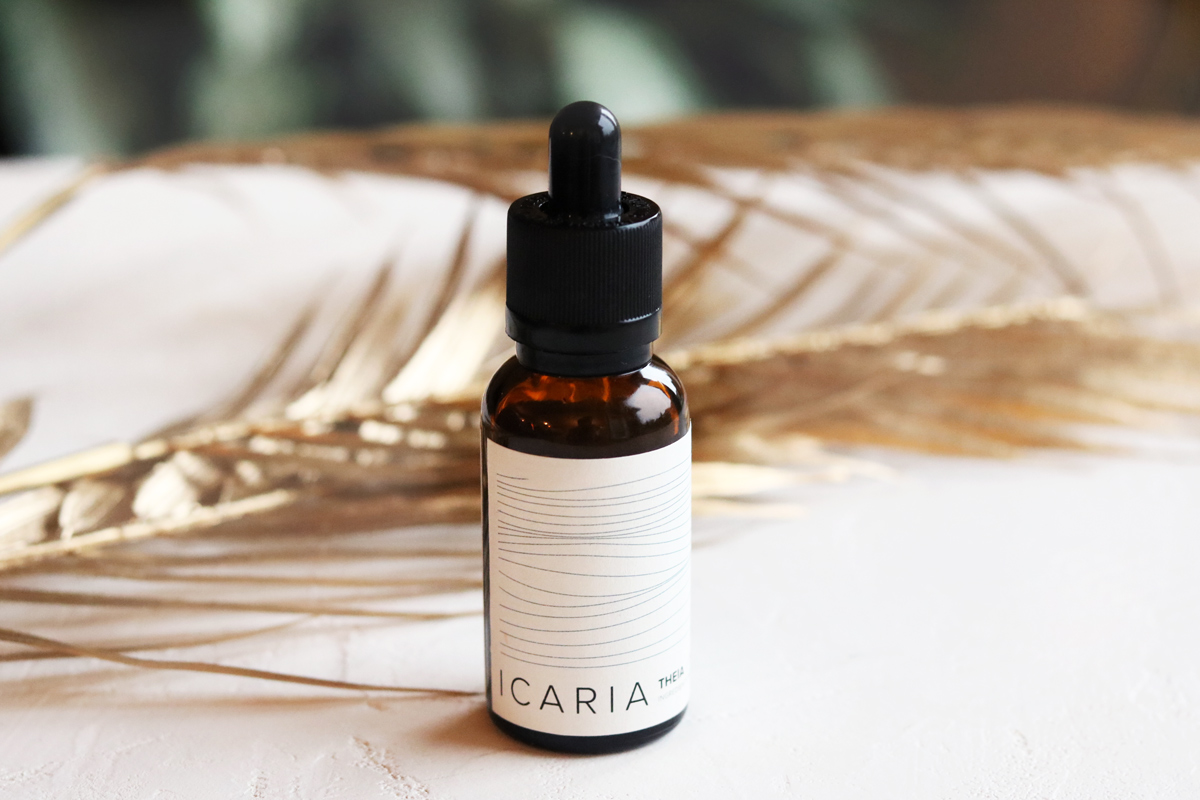 Inside Scoop: The science behind CBD, CBD supplement & how it changed my life and managed my severe postpartum anxiety.

I’m a new mom, a stay at home mom, and trying to build a business from the comfort of my couch, while picking up toys, changing diapers, having plastic tea parties, and folding laundry.

Watching my daughter grow up has been beyond rewarding, I get to tune in when she learns something new, I am right there to pick her up and kiss her ‘boo-boo’ (as she calls them) when she hurts herself, and really, no moment gets lost.

Staying at home with a busy toddler, and trying to build a business is an incredibly hard thing to do. It’s basically like a tug of war game between drive and success, and being a present parent. With balance and time being two of the hardest things to figure out, living up to society’s ‘positive parenting’ ideals can make or break any new mom.

I also can’t fail to mention how anxious of a person I naturally am, and having a child has seemed to exacerbate my anxiety. Who knows why? It could be psychological, a nutritional deficiency, physiological, mamma bear mode, or maybe it’s all of the above. Knowing the true core of anyone’s anxiety is a hard thing to pinpoint. The only thing I know for certain is that this anxiety has manifested HARD, and for the first 1.5 years of my mini’s life, the day to day was a tough ride.

There were days of depression, days of obsessive thoughts (for anyone who has anxiety, you know what I mean- it’s a deep seeded fear) and anxiety so bad that I was often confined to my couch. Then, to top off the anxiety monster hanging out in my brain, there were the physical symptoms; back pain, headaches, heart palpitations, sleepless nights and digestive upset.

So between the lack of time for my job, the struggle for balance, my anxious thoughts, and my body that felt like it was breaking down, the focus on my daughter, her needs, her accomplishments, and her growth… also became a struggle. 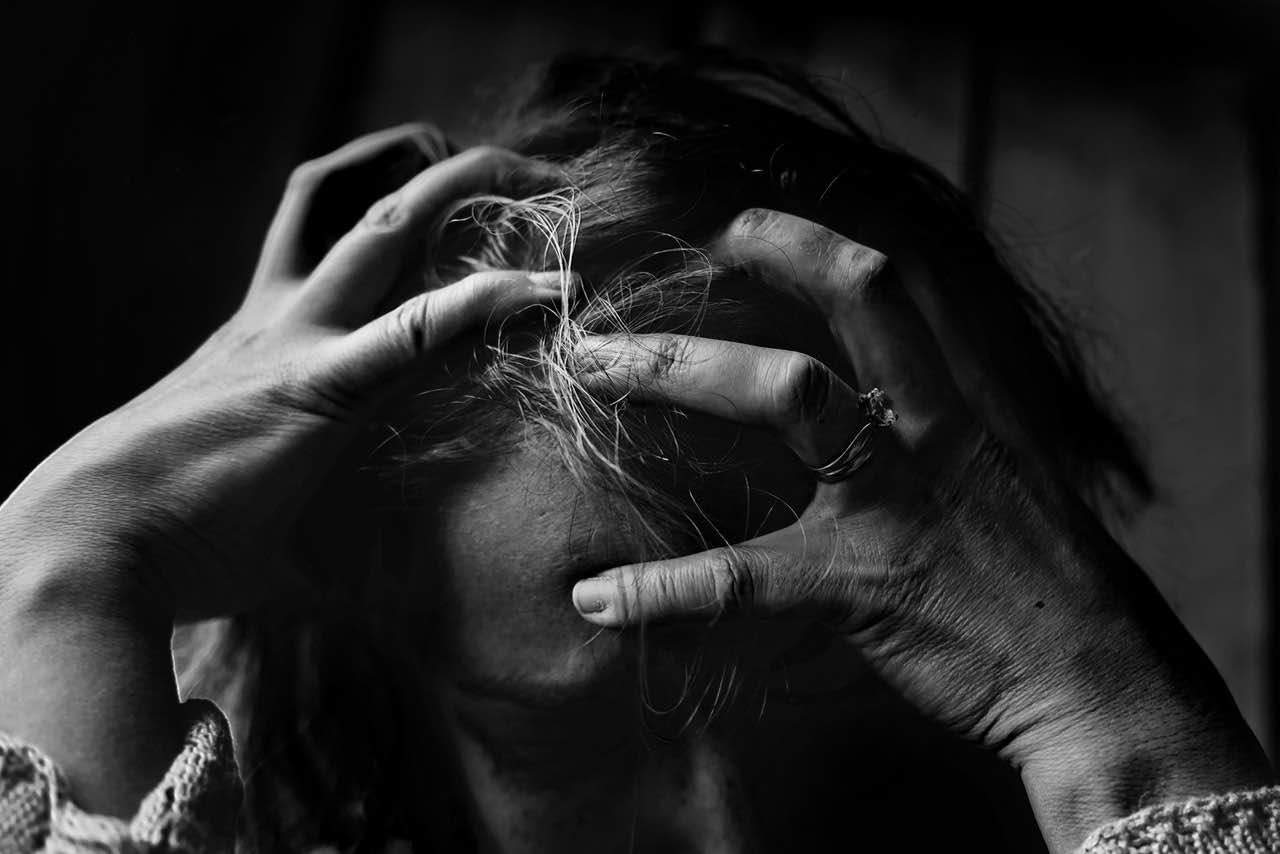 Getting to the bottom of anxiety

My duty as a nutritionist is to get to the bottom of these issues. I’ve been to the doctor, I’ve changed my diet, and I’ve started to supplement with certain herbs, vitamins and minerals that are supposed to support your nervous system, and help with your stress response. I’ve done all of this with having prescription medication in the back of my mind, as a last resort.

Although I did see an improvement in my daily moods, and my quality of life improved, I was still having mood swings, and tear soaked days. So, research became my best friend and I became determined to get to the bottom of my anxiety any way I could.

And then I stumbled across CBD supplementation.

I’m not one to shy away from the word marijuana. As a matter of fact, marijuana was an integral part of my youth, and I had a very love/love relationship with the most gossiped about herb out there. But, the thought of getting blazed to calm my anxiety wasn’t something that sparked an interest to me anymore. I kept thinking, I couldn’t be high with my kid, no way no how. Marijuana always turned me into a chocolate bingeing zombie, which is the opposite of what I needed, considering all my spare time was dedicated to building a business. Smoking up to get a grasp on this anxiety was out of the question.

Here’s the thing though,

You’ve probably seen marijuana popping up on your news feed as treatment for chemotherapy-related nausea and vomiting, a way to help minimize seizures in epileptics, and also a way to manage the symptoms of degenerative diseases such as Parkinson’s or MS.

I had no idea what CBD was though. Even when I started researching it, I thought the treatment for these therapies was strictly THC based, and medical marijuana treatment all resulted in psychoactive effects.

Turns out, that’s not what CBD is! I’ve been taking CBD for months now, and it’s changed my life. 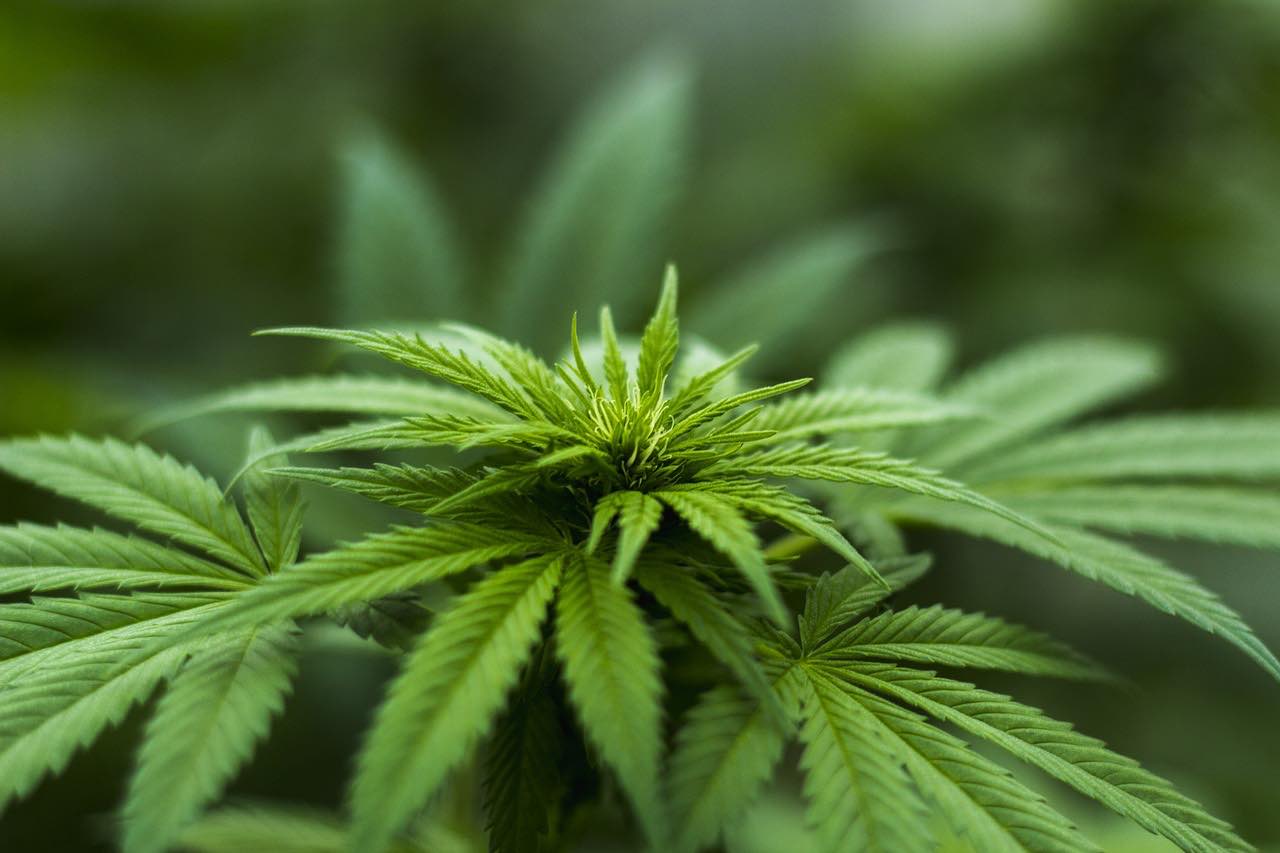 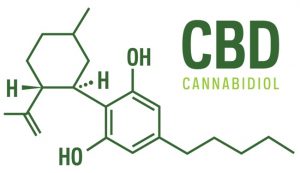 Our bodies are pretty amazing, and some information that’s quite new to me is that our bodies actually contain their own endocannabinoid system (ECS system). Here, is where human made cannabinoid molecules are produced, and cells that contain cannabinoid receptors synthesize those naturally occurring cannabinoids to be used by the body.

The current theory is that THC binds to these receptors, thus activating the brains ‘reward system’, producing the feel good chemical dopamine. The rush of dopamine creates that pleasurable ‘high feeling’ you grow to know when you use marijuana. CBD doesn’t have the same effect as THC because it doesn’t actually bind to these receptors; rather, it activates or inhibits other compounds in the ECS, so that things run a little more efficiently.

The importance of the ECS and the CB1/ CB2 receptors is still being studied, and further exploration is needed into the therapeutic effects that supplementation possesses, but it sure is looking promising.

What’s the ECS good for anyway?

Current research in clinical trials is starting to suggest that the ECS and these cannabinoid receptors are responsible for helping to regulate sleep, memory, pain response, mood and appetite. Studies are also pointing to the ECS’s potential at maintaining homeostasis within the body, and although more research is needed, we’re starting to see the immediate benefits that cannabinoid supplementation is bringing to our ever changing society.

Not only is marijuana becoming legalized, decriminalized, and researched everywhere, but the hemp plant is becoming less taboo, and more recognized as what ancient cultures used to see as a therapeutic plant.

You know Mary-Jane’s medicinal use can be dated back to 3000 BC?

Marijuana is still being recognized as a scheduled drug in a lot of places, due to its psychoactive properties. But after my own experimentation, what I don’t get is why no has been talking about just how efficient and effective supplementing with CBD is (mind you, it’s been one of the hottest topics over the past couple of years).

I like to think of CBD as a traffic director, or a coach. It essentially assists your body to perform the functions that it already naturally performs, just better.

There could also be a link between endocannabinoid deficiencies and their role in migraines, fibromyalgia, IBS, and a growing list of other medical conditions. If CBD can promote your own body’s use of endocannabinoids, naturally, it may have the potential to help heal the body of conditions that are generally regulated by the ECS.

The best part is, IT DOES NOT GET YOU HIGH!

Your mind will not be altered, you will not notice any immediate changes in personality, and you will not start giggling, be paranoid, or have the munchies. This is not what CBD does. 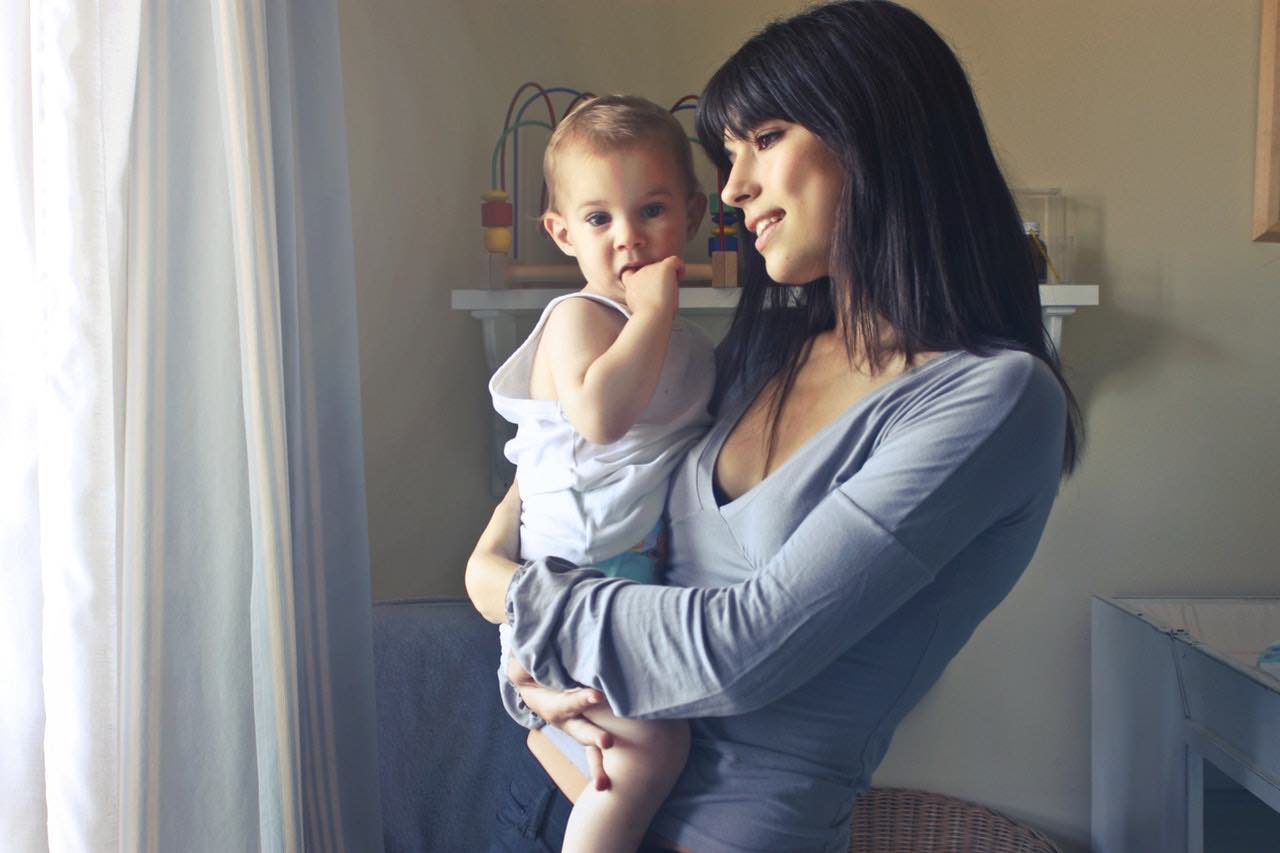 I started supplementing with CBD oil months ago, and months ago I was irritable, anxious, in pain, and, I’m not going to lie, the joy that I had been experiencing prior to giving birth to my daughter seemed to be fading. CBD was a possible solution to the ongoing, and uncontrollable anxiety that my life was now accustomed to.

And it changed my life.

Now, this is just me, I’m not saying it’s going to change YOUR Life. But I can tell you this, I am fully able to sit with my daughter and play with her for hours, enjoy her company and be able to just be a mom without the worry of cooking, cleaning, business building, and perfecting absolutely everything.

When something that used to spark deep irritation arises, I have more of the capacity to just let it go. My back pain hasn’t been triggered once since I started using CBD, and I don’t hit a 3pm wall anymore. I feel like I can manage my time and my day, until the end of the day, happy, and much healthier. 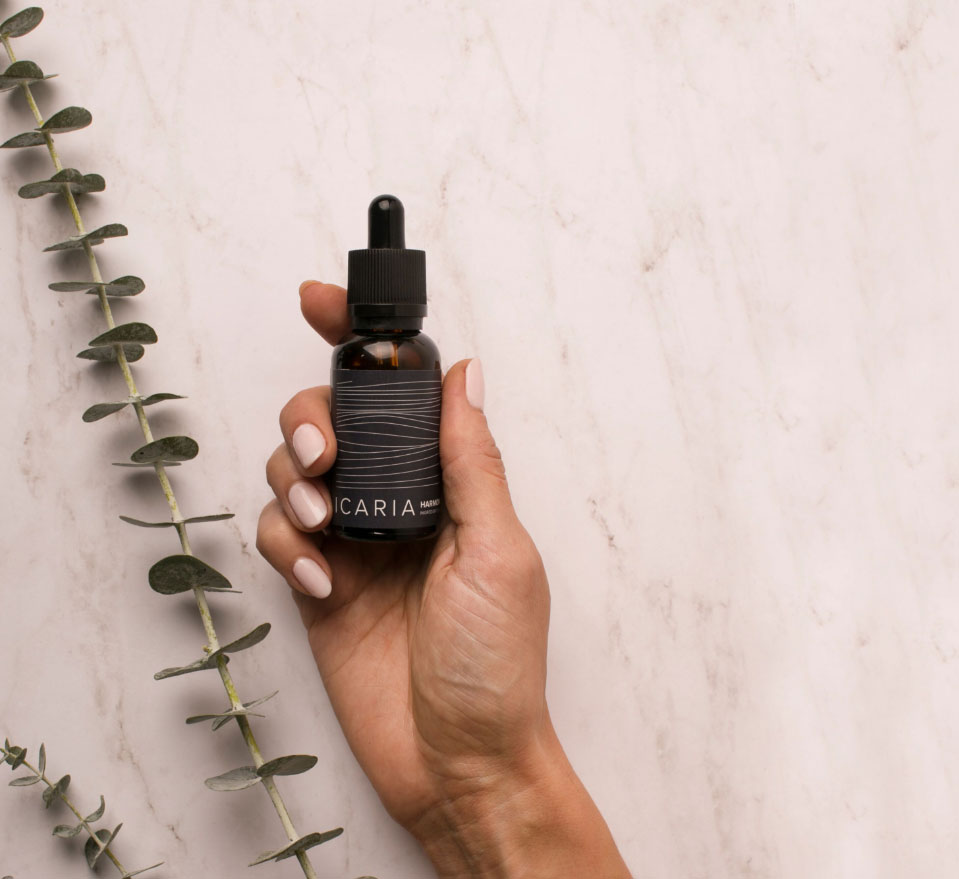 Curious about where I purchase my CBD?

I’ve recently stumbled upon ICARIA, a Vancouver based CBD Oil company that is loved and supported by the local community. They have been named Top 5 New Cannabis Products by Beatroute Magazine and are especially made by women for women. Their main goal is to empower and educate busy female professionals about the health benefits of CBD oil. They have various CBD oil options along with ones for your pet, and all natural bath bombs so you can pamper yourself and relax with your own DIY Spa Day.

You can view their selection of products here. You can also use this Receptra Naturals coupon code to redeem a discount.

Was it a endocannabinoid deficiency? I really can’t answer that, but I do know this:

If it’s a choice between taking an anti-depressant that may have the side effects of: nausea, weight gain, insomnia, fatigue, dry mouth, and so on… or taking a natural compound derived from a plant, that works with my body to help my body, then I would rather choose the latter.

My take on it all is as always, check your diet and check what you’re putting in your body. If your diet is high in processed and refined foods, and low in healthy and whole foods, start there.

If you are experiencing chronic pain and anxiety, and have a healthy diet but these symptoms fail to disappear, research your options and talk to your doctor. In the meantime, let’s hope this whole medical marijuana research starts to produce more great outcomes.

Disclaimer. CBD and medical marijuana are in their early stages of research, and further testing is definitely needed to validate medical marijuana and CBD use. Some side effects, such as lethargy and gastrointestinal issues have been reported with CBD, so making sure you’re doing your research becomes vital when considering supplementation. I have been using CBD oil as a supplement, but you can also take it in pill form, vape, isolate (crystalline under tongue for rapid absorption), and there are plenty of companies that sell it infused into food products. Talk to your manufacturer about quantity for effectiveness. 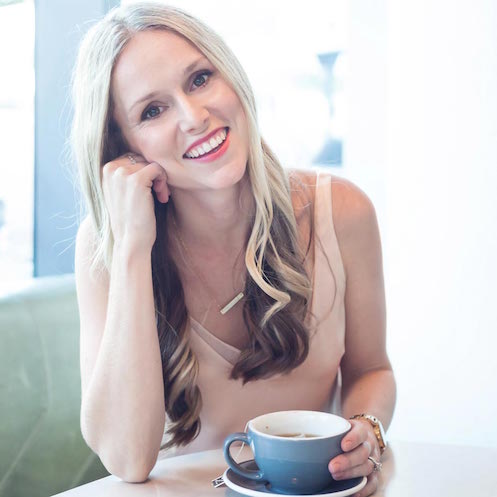 Jenni Bourque is a Registered Holistic Nutritionist and half of the The Naughty Nutritionists team. Jenni is a new mom and is all about creating delicious dishes that are also amazing for you. She believes balance plays a huge role in wellness, and that health isn’t linear, nor is it a ‘one size fits all’. It’s about finding what works for you and your personal needs.