Diet and DNA: How You Can Change Your Genetic Code with Nutrition 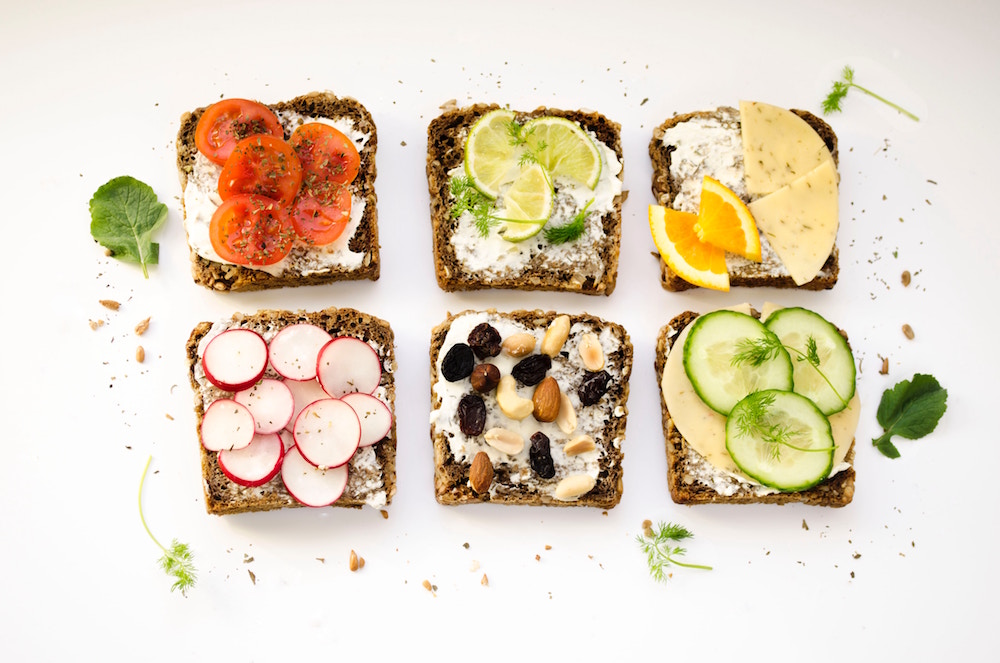 Inside Scoop: Your diet and DNA are more connected that you think. This is exactly the role your diet plays on your genetics as well as your risk of developing diseases such as cancer. 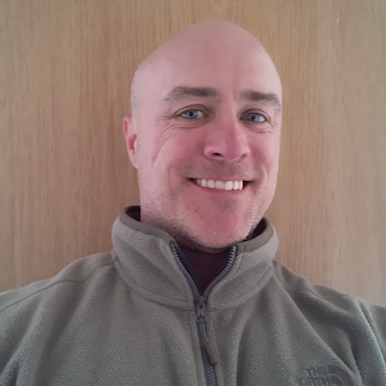 This post was submitted by Paul Jenkins, MSc in Applied Chemistry and founder of DNA Lean.

During just one human lifetime, our understanding of DNA has gone from being an innovative scientific breakthrough in the early 1950s to a complete map in 2003. More recently, scientists have been able to determine that both exercise and nutrition have a noteworthy impact on our genetic code through something called epigenetic changes. Epigenetics, or DNA methylation, is the process through which our DNA (or deoxyribonucleic acid, to be precise) experiences a multitude of changes, but not at a fundamental level. The sequence of our genes stays the same, while the level activity of certain genes shifts.

To make a long story short, DNA methylation adds small clusters of atoms by the name of methyl groups to the outside of a gene, hence the name methylation, as well as the suffix “epi-,” which is Greek for over/on/in addition. Although initially thought to be unimportant, we now know that methyl clusters attached to our genes can make them either more or less prone to receive signals from our bodies. This can happen to such an extent that certain genes, such as the ones known to be responsible for cancer growth or the ones associated with high levels of inflammation, as well as many others, are either slowed down, altogether suppressed, or accelerated.

As early as 2008, an analysis published in Science and Society was underlining the fact that dietary effects, the impact that food has on our body (more specifically on our metabolism and DNA), might have been a kernel driving force of our evolution from primates. That we now know that diet and DNA can be interconnected. 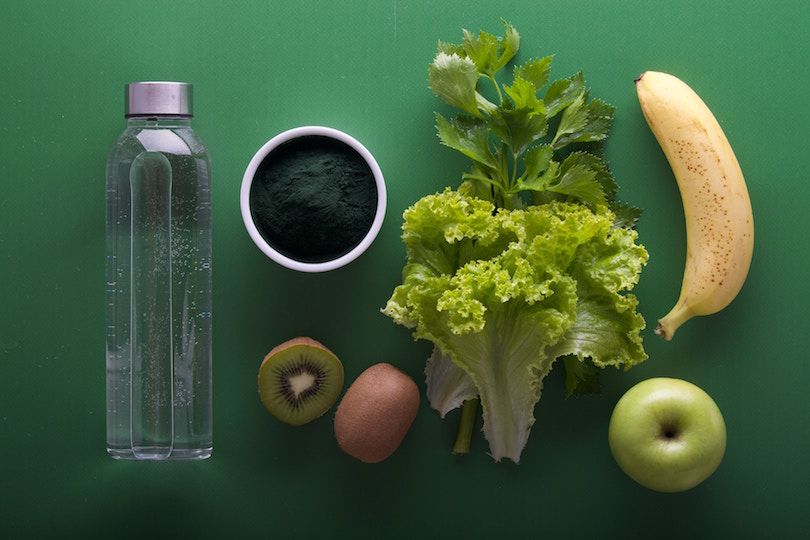 DIET AND DNA: WHAT EFFECTS CAN IT HAVE?

The role of plant-based nutrition in what concerns cancer prevention has been a hot topic for debate for several decades. The reasons for this arduous dispute is the continuing conflict between apprehensive, vague government-approved health guidelines around the world, on the one hand, and the surmounting evidence that cancer, on the whole, shows substantial responses to dietary changes, on the other. In fact, it’s not just cancer. We now know several of the leading causes of death in developed, industrialized countries are preventable by means of dietary transformations, as summarized by Madigan and Karhu.

Most notably, it’s been proven that individuals adhering to a whole-foods, plant-based diet are not only better protected against some of the most recurring cancers plaguing Western society (breast, prostate, colon, pancreas, and several others), but also benefit from a reduced risk from developing any type of cancer. Just to give you a hint of how much your dietary habits can change your odds of developing cancer, Madigan and her colleague’s analysis points out that eating mostly plant-based foods, limiting alcohol consumption, and maintaining a normal body weight will decrease your risk of developing breast cancer by as much as 62%.

A kernel mechanism that works to increase the risk of different cancers at a DNA-level consists of heterocyclic amines (HCAs). Consuming HCAs is linked with significant DNA damage, which, in turn, leads to an increased risk for cancer initiation and acceleration through this mechanism of gene expression. The latter process was shown to increase the risk of cancers anywhere from fourfold in the case of breast cancer, twofold in pancreatic cancer, up to fourfold in prostate cancer, and similarly significant amounts for other types.

HCAs are formed when we cook animal meat (pork, beef, poultry, fish). Although it does not matter how you cook it (toxic amounts are produced from as little as 15 minutes’ worth of baking at 350º F or about 180º C), it seems longer preparation times result in more HCAs. Although using marinades made with certain herbs and spices such as rosemary, turmeric, garlic and onion helps to decrease HCA formation by up to 70 to even 90%.

Eating more fruits and vegetables and less meat also helps with weight loss, which will further reduce the risk of onset. In addition, we know that potent antioxidants from fruits and vegetables help prevent DNA damage, whereas the oxidative stress caused by free radicals is linked to cancer, as well as a host of other diseases and medical conditions. 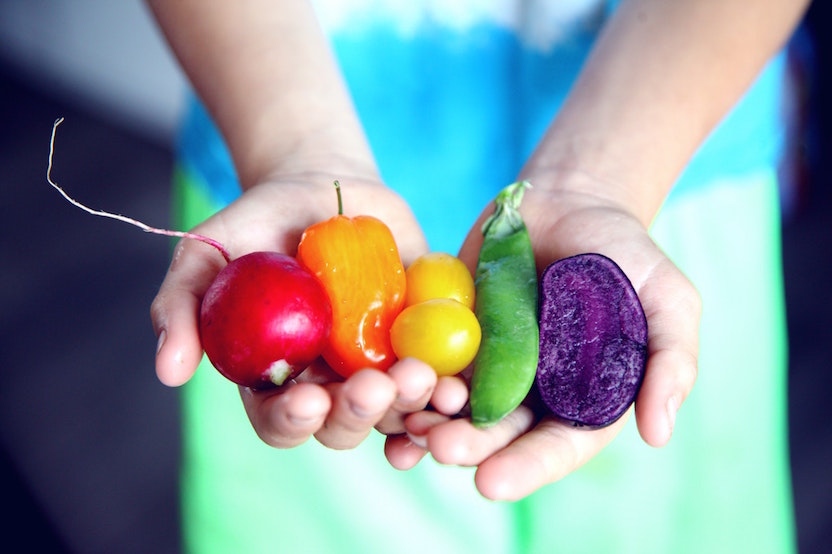 Generally speaking, inflammation is the human body’s response to an irritant, such as a splinter in your finger, a bruise, or a germ. The most common causes of inflammation are external injuries, pathogens, and chemicals. There are two types of inflammation, acute and chronic. The former is the good kind, as it is followed by a cessation of the immune response, thereby marking the end of the body’s natural healing cycle. Conversely, chronic inflammation is the kind where the immune system does not stand down, either because the irritant was not completely dealt with or because a more complex internal process is preventing it from stopping.

We know that inflammation plays a fundamental role in metabolic dysfunctionalities and chronic diseases, particularly in the case of type II diabetes, cardiovascular illnesses, autoimmune diseases, and neurodegenerative conditions. At the level of the human genome, long-term inflammation can lead to increased DNA damage, which is also associated with cancer. This is the case because there is an intrinsic, physiological link between DNA damage and inflammation, which is also the reason why so many individuals with chronic inflammation are exponentially more susceptible gene mutations.

Inflammation is so pervasive that medical scientists investigating this phenomenon are linking its complete decoding to a “theory of everything” that has the ability to unify our understanding of disease as a concept.

Certain foods such as red meat, shortening, margarine, lard, refined carbohydrates (alongside fried foods in general), French fries, and sugar-sweetened beverages are associated with an increased inflammatory response from our bodies. This is just one of the major reasons why doctors keep telling us to stay away from them. In terms of keeping inflammation in check, just as we discovered that vitamin D has potent anti-inflammatory properties, so was a plant-based diet strongly associated with the reduced expression of over 18 pro-inflammatory genes.

Another impressive DNA modification that you can initiate and sustain through dietary habits relates to the process of aging. Although we know that a normal weight range and an average mass of lean tissue are linked to increased standards of living in old age, neither exercise, nor weight loss can seriously impact the process of aging. Exercise and diet can and this is how they do it. The ends of our chromosomes are protected by telomeres, which you may have already heard of. Basically, each time a cell divides, its telomeres get shorter and when they are too short, they stop dividing.

This decrease in telomere length, as well as eventual cessation of growing cells is intrinsically linked with aging. Although scientists are yet to discover all aspects of this process, they were able to extend the lifespan of normal cells in a laboratory environment by means of telomerase, an enzyme that prevents telomeres from wearing down and growing shorter. As a controlled trial on 400 women indicated back in 2013, the type of food we eat can actually slow down our aging.

Swapping out just 1% of saturated and trans fats from our diets can effectively add as much as 1 year to our lifespan by the combined effect of longer telomeres, as well as less oxidative stress that causes DNA damage. However, it’s not just you that can benefit from better DNA through nutrition. Future mothers should consider the fact that a diet focused on mostly plant-based foods during pregnancy can have outstanding benefits for the child’s early life programming. What this means is that, through a plant-based diet, pregnant women can lower the chances of their baby developing several types of diseases later in life, confer protection against genotoxicant exposure, and decrease the risk of paediatric diseases, given appropriate macro- and micro-nutrient in-take. 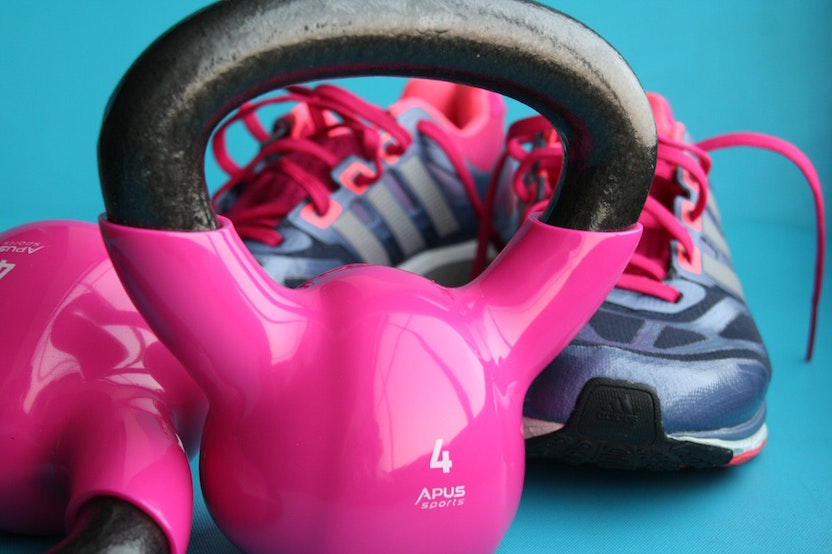 Overall, the medical research conducted over the past several decades has emphasized the way in which dietary habits are intrinsically linked with our health condition. Quality, whole-food diets rich in grains, legumes, vegetables, and fruits are significantly associated with better health, while processed snack-foods, refined grains, as well as foods high in saturated and trans fats are closely associated with poor health.

But it’s not just your immediate well-being that diet revamps. As we have seen, nutrition has the potential to effect epigenetic changes on your very DNA. These transformations can successfully protect us against cancer, help our bodies keep inflammation in check, and slow down the ageing process. Overall, this seems to be a pretty good deal given the trade-off we have to make.

Despite our attachment and even addiction to foods that are bad for us, it is possible to un-learn these dietary habits and replace them with better ones. In doing so, we will not only ensure healthier, longer lives for ourselves, but we will do the same for our children and the generations that will come after them. From outstanding health to a process that might very well have driven our evolution, the phrase “we are what we eat” acquires a whole new dimension.

See how diet and DNA can be interconnected? Do you eat for your genes? Let us know below.

Paul Jenkins is the founder of DNA Lean, an innovative line of sports supplements designed to provide the average gym-goer right up to the professional athlete good, honest, and research-backed supplementation for optimal performance and hormonal health.

Paul has almost 20 years’ experience in sports nutrition and coaching. Although he studied an MSc in Applied Chemistry, he firmly believes that food is medicine and that natural ingredients from plants and herbs can better work in harmony with the human body to improve performance, rather than resorting to pharmaceutical drugs.