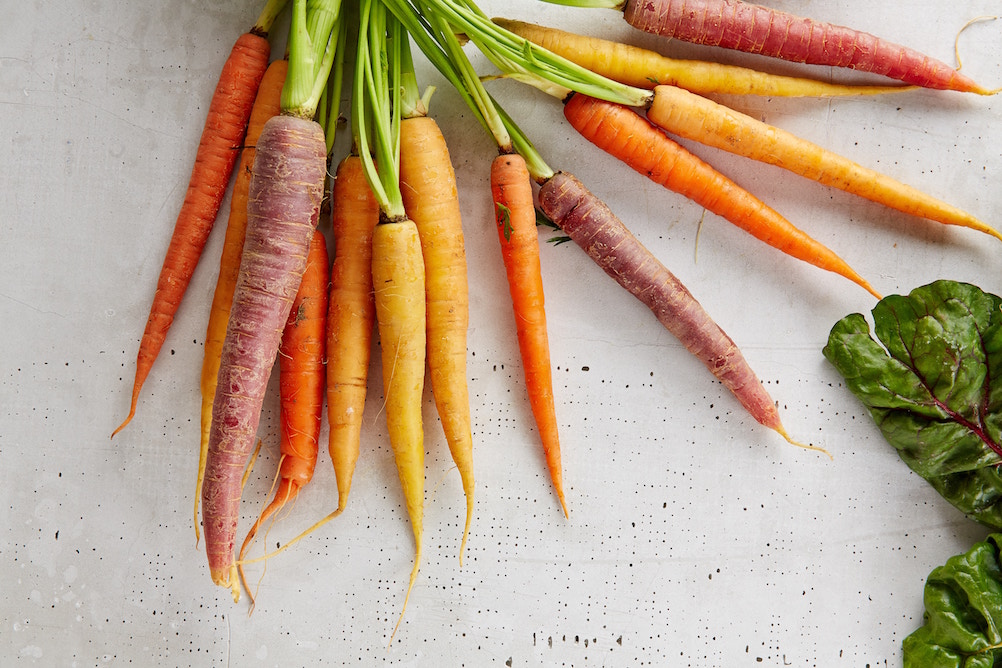 Inside Scoop: Here are 7 foods for eye health to add to your diet.

“Eat your carrots. They’ll make you see in the dark.”

Do you remember being told this as a young child? It’s a well-known parental tactic to get kids to eat their vegetables. But is it a fact or merely fiction?

There’s actually more truth in it than you might expect. While it’s definitely an exaggeration — you won’t suddenly develop amazing night vision after consuming a couple of carrots — there are lots of nutrients in carrots that are particularly beneficial for your eyes.

In fact, there are plenty of foods, aside from carrots, to include in your diet that will benefit your eye health, help prevent eye diseases, and assist you in maintaining good eyesight into your later years.

What nutrients do my eyes need and what are the best foods for eye health?

A healthy lifestyle and a well-balanced diet that contains plenty of fruit and vegetables will benefit your overall health enormously. However, to specifically ensure that your eyes are as healthy as possible, then you need to include certain nutrients in your diet.

AREDS (Age-Related Eye Disease Study) is a major research program taking place in the United States. Its principal aim is to understand the causes of AMD (age-related macular degeneration) and cataracts which, together, are leading causes of declining vision and blindness in the US. Its original findings were published in 2001 and a major update was completed in 2013.

An important aspect of AREDS, which is sponsored by the US government, is to look at how nutrition can lower the risk of declining eye health. Here are some of their findings, alongside other research, on the benefits of certain nutrients to eye health. 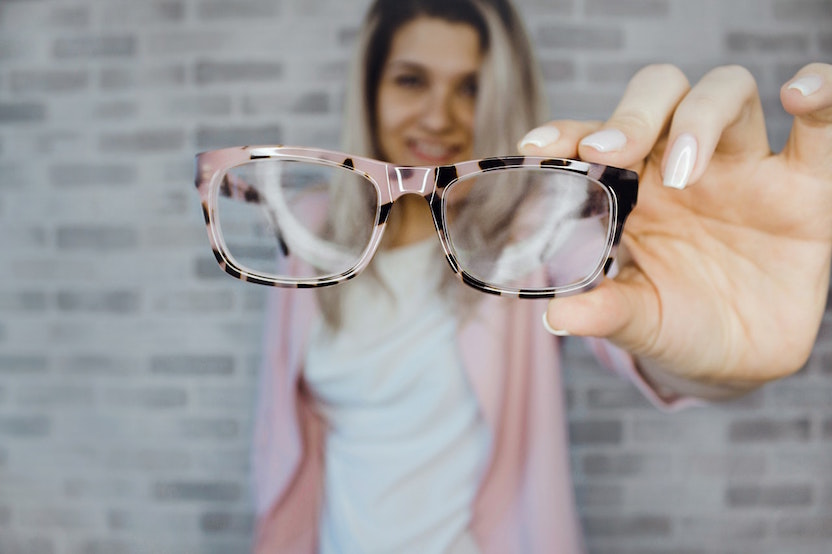 IMPORTANT NUTRIENTS FOR YOUR EYES

Vitamin A and Beta-Carotene

Vitamin A is an antioxidant. Oxidants are damaging substances found in the body. In the eye, they may be responsible for cell degeneration. Antioxidants, like vitamin C, help protect healthy cells against these damaging oxidants.

Vitamin A is also a component of the protein rhodopsin, which is found in the retina. This protein helps your eyes adjust to low light conditions.

Beta-carotene is the red or orange pigment found in plants (carrots, for example). The body will convert as much of this beta-carotene into vitamin A as it needs.

Did you know that some people don’t convert beta-carotene to Vitamin A as efficiently as others? That could mean that they need more beta-carotene rich foods in their diet. Today, you can find that out with a simple genetic test.

Vitamin E is also an important antioxidant. AREDS looked at how supplementing a normal diet with a high dose of vitamin E alongside other nutrients may improve the prognosis for those at risk of developing AMD. The results were very encouraging — the supplement reduced the risk of AMD progression by 25%. Most people don’t require a supplement for that, but simply adding more vitamin E rich foods to their diet such as almonds, salmon, avocados, and sunflower seeds.

There are multiple B vitamins, many of which significantly contribute to eye health.

A lack of vitamin B2 in the diet is commonly associated with the development of cataracts in elderly patients, although it is not believed to be a cause of early cataract development.

Deficiency in Vitamin B2, also known as riboflavin, can damage the optic nerve, leading to blurred vision. This is something elderly people are at risk of. The vitamin is also most prevalent in animal-based foods, so those on a vegan diet should look for alternative sources.

Vitamin B3 (Niacin) is believed to help prevent glaucoma, another condition in which the optic nerve suffers damage.

A study by scientists from Shanghai Jiao Tong University also suggested that a combination of vitamins  B6, B9 and B12 may help reduce the risk of developing Age-Related Macular Degeneration (AMD). This combination would lower levels of homocysteine, a protein associated with the condition.

Vitamin C is another powerful antioxidant that was also included in the AMD-reducing supplement developed through AREDS. A diet abundant in vitamin C has also been associated with lower incidences of cataracts. The vitamin is one of the building blocks required to make collagen, an important part of the structure of the eye.

These nutrients come from plant sources. The substance is used in the eye to help filter harmful blue light and damaging sunlight. These vital nutrients, therefore, help to prevent long-term damage to the eyes.

So, now that we know the nutrients what are the top 7 foods for eye health? Read on. 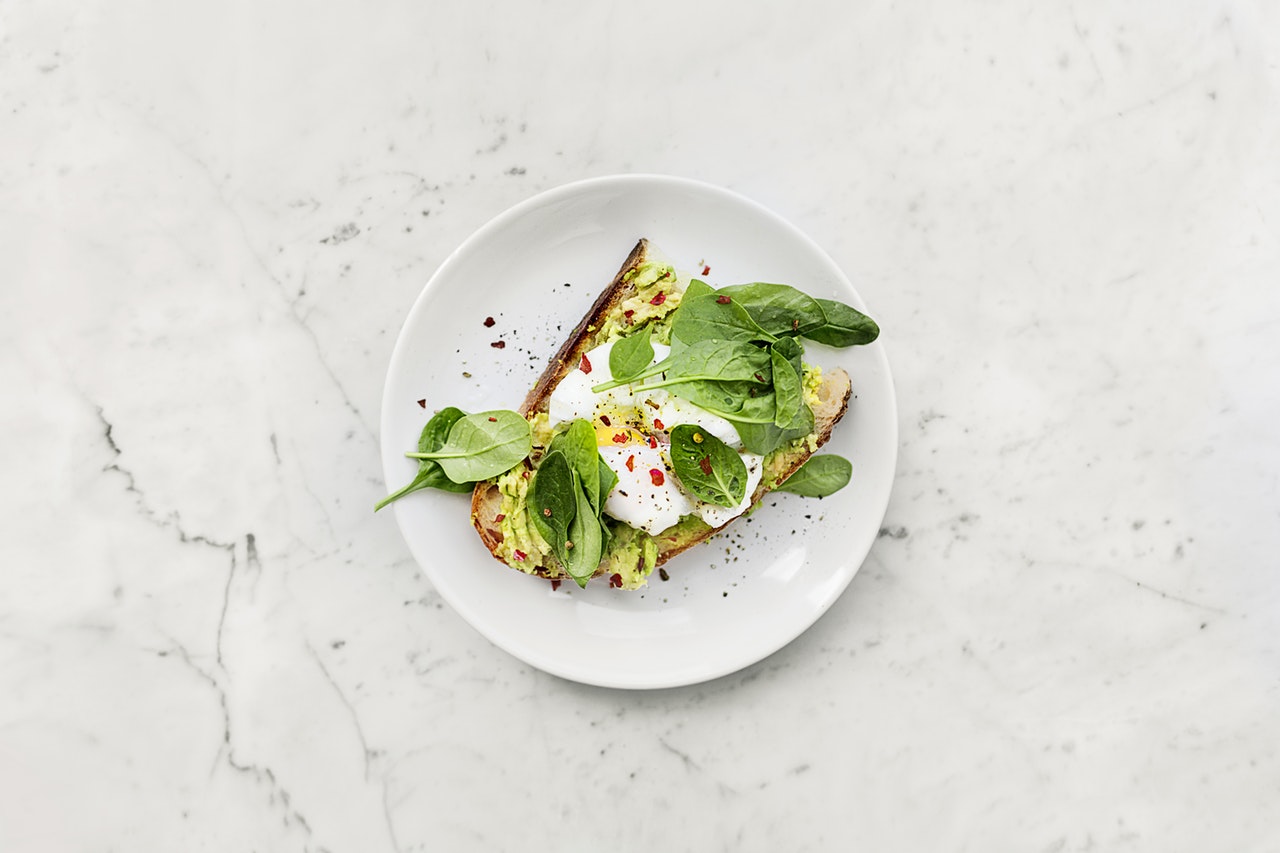 Here are seven of the best sources of the nutrients discussed above:

Carrots are, as your parents probably suggested, great for eye health. They’re an ideal source of beta carotene, which will provide the antioxidant vitamin A and the protein rhodopsin (which does help you see in the dark). Carrots also provide protective lutein. If you’re not keen on carrots, good alternatives include pumpkin or sweet potatoes. Carrots may even be better for you when cooked as cooking increases the beta carotene content.

Kale is considered the best source of lutein to date, even better than other green leafy vegetables like spinach or lettuce.

Eggs contain plenty of both carotenoids, lutein and zeaxanthin. The fat in the egg may help the body absorb them for maximum benefit, too. Eggs also provide good levels of vitamin B12.

Another great source of zeaxanthin is sweet corn. The nutrient is found in other yellow and orange fruits and vegetables, however, so sweet corn isn’t your only option. Try yellow peppers, mango, pineapple, for example. Sweet corn is also a good source of the vitamins C and E your eyes need.

Citrus fruits are well known as a great source of vitamin C. They also contain plenty of B vitamins and so are ideal for helping to maintain eye health.

Nuts are particularly nutritious, given their size, and they are packed full of B vitamins. They also contain plenty of vitamin E. If you are affected by a nut allergy, you could include oily fish or avocado in your diet as alternatives.

Meat and fish provide plenty of riboflavin and niacin, two important B vitamins. Organ meats like liver contain particularly high amounts of both. Vegetarians and vegans can include plenty of nuts in their diet as alternatives, and everybody can look to include whole grains and fortified cereals as they also provide these vitamins.

The body requires a wide range of nutrients to maintain overall health, and a balanced diet that includes fresh fruits and vegetables, lean meats and nuts can help you meet your nutritional needs.

The nutrients discussed here, and the corresponding foods that provide them, are particularly essential for good eye health and could help prevent future eye issues. Keep in mind, however, that altering your diet will not reverse damage or disease that is already present. Seek advice from a specialist eye doctor if you have any concerns regarding any aspect of your eye health.