The Truth On Avoiding Gluten & The Best Healthy Breads To Buy 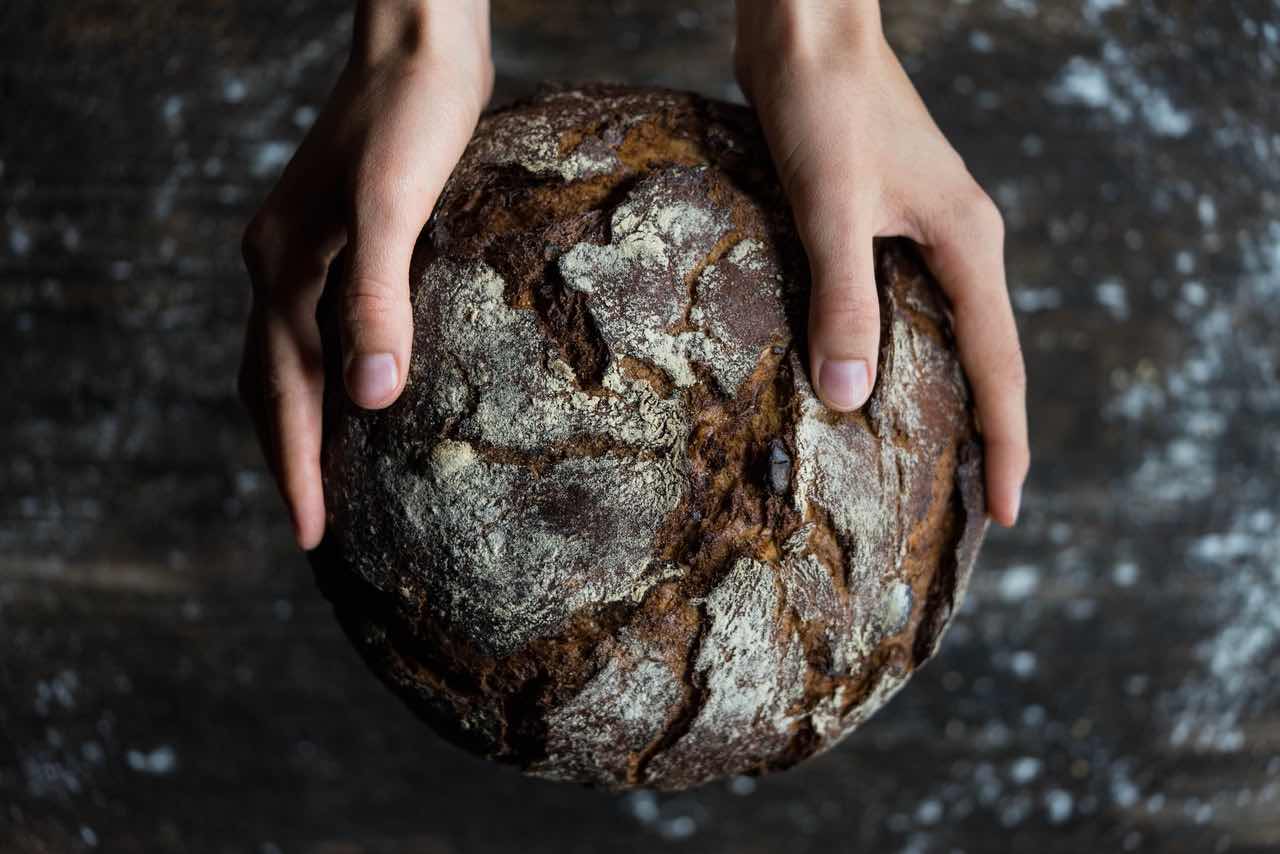 [Inside Scoop: Do you really need to avoid gluten? And the best healthy breads to buy.]

To bread or not to bread, that surely must be the question?

We imagine you’ve sat at a table surrounded by at least one or two people who have mentioned a ‘gluten free’ diet, or off ‘wheat’ or ‘whites’ for the sake of weight loss or health. While some of you might laugh at the sanction of gluten-free, think it’s a fad, or wholeheartedly support it; bread and its contribution to the modern day diet is definitely a conversation piece that has found its way into our trendy culture.

A lot of nutritionists will attest to the positive health effects of going gluten free. Some have gone years without gluten or wheat while others don’t need to cut it out at all. Suffice to say we’ve spent a long time studying grains, pseudo-grains and their effects on the body.

The information to the public on why a gluten-free trend has become ever present in our society is scarce. What the advertising industry isn’t telling you is the answers to the question WHY.

Why can some of us down pizza followed by pasta followed by a sandwich and not feel any different, while others would be keeled over with intestinal cramping after a series of bread bineging. And is it just the gluten or is there another piece to this puzzle?

All of us are biologically different; some of us are sensitive, while others are built with guts of steel (we wish we were). But, at the risk of sounding cliché, our differences are what make us amazing as a species. So, we’re going to explain to you why you might feel that way and what to do about it. Also, let’s dip into the world of the grain and give you some history and insight as to what might have led to the rise of celiac disease and grain sensitivities.

What happened? What’s changed? And what can we do about it?

THE RISE & FALL OF THE ALMIGHTY GRAIN

Grains are small, hard, dry ‘seeds’ that have layers attached to them. We understand these as commercial ‘grain crops’ producing the stuff we know as cereal grains (wheat, barley, rye, corn, rice, sorghum and millet). There are also what we call pseudo-grains like quinoa, buckwheat and amaranth, which are labeled as gluten-free at your local supermarket. But the pseudo-grain isn’t our primary focus, as they are usually found in their whole state, traditionally better for your gut and minimally processed (unless they are in highly processed packaged products).

Historically grains were cultivated relatively easily and were stored to last through the harsh winter climates, which is why they became an integral part of our diets.

The refining process dates to the Egyptians who crushed the grain between two rolling stones, to the Greeks who used rotary grindstones, all the way to today. So, the fact that humans refine foods isn’t necessarily the issue as much as how efficient the refining process has become, the yields that need to be met, and the desire for low cost, shelf-stable foods.

By the nineteenth century bread’s integrity hit an all-time low. People began storing breads longer, but the wheat germ became rancid (because of the delicate fats it contains). By stripping the grain of the germ entirely, you could store bread for much longer. Introducing chemicals to pre-made loafs made the process even more efficient, but left us with something almost completely void of nutrients, stripped of fibers and high in sugar. What a bummer!

Fortunately, we are starting to see grains return the way nature intended them to. To understand how we can make changes to bring back the HEALTHY grain we need to understand what a grain is…

So what makes up a grain?

A traditional cereal grain consists of: 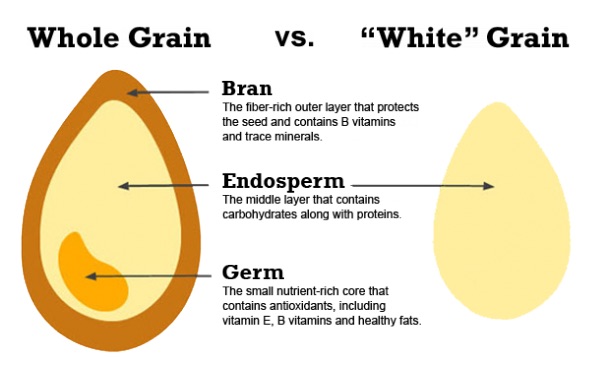 Now that we’ve covered our basics, we ask ourselves…

Bread packaging is a tricky one. Big bread companies know just how much ‘non-foods’ go into their breads to make them ‘fluffy’, ‘shelf-stable’ and ‘delicious’. So, they use fancy terms like “fiber”, “enriched” and “made with whole grains” to entice you to buy their products. But here’s the truth:

White bread is made from processed flour that has been stripped of everything that makes a grain good. This matters because after the removal of the bran and germ what you’re left with is something that belongs in the dessert section, and something that is high in simple sugars.

Not only that, but years of processed grain consumption has messed up our intestinal systems. Our guts have become weak, helpless, and the over consumption of these simple sugars from bread and other highly processed foods are possibly linked to what nutritionists all over the world are referring to as ‘leaky gut’.

Non-celiac gluten sensitivity (NCGS), not to be confused with celiac disease (which affects about 1% of the population), has been reported to affect up to 13% of us.

Gluten means “glue” in Latin and is what gives dough the elasticity, and bread that fluffy, chewy factor. In layman terms, gluten sensitivity is when your body’s immune system reacts to those proteins found in the grain (gluten proteins called glutenin and gliaden). This reaction might only affect your intestinal system, or in some cases it might cause symptoms throughout the body.

This problem is really amplified from inflammation due to years of NON-FOODS – such as chemicals, preservatives, processed foods, alcohol, stress etc. Your intestinal system can become weakened, the microvilli (tiny hair-like structures that help you absorb your food) may become damaged and gluten is just another piece of that problem.

In addition, gluten affects some of us more than others. A specific gene more common in people with certain autoimmune conditions such as Type 1 diabetes and celiac disease is activated when gluten is consumed. This increases zonulin’s activity – a protein made in the body that affects gut permeability. Zonulin makes the gut more porous and larger undigested protein particles that cannot usually pass through this gut wall can make their way through the bloodstream and cause symptoms within the body.

There is no concrete medically established way to test for gluten sensitivity just yet; however, there are two ways to consider:

*If you suspect that you may have celiac disease or it runs in your family, it is important that you speak with a medical professional and do not attempt self-diagnosis. 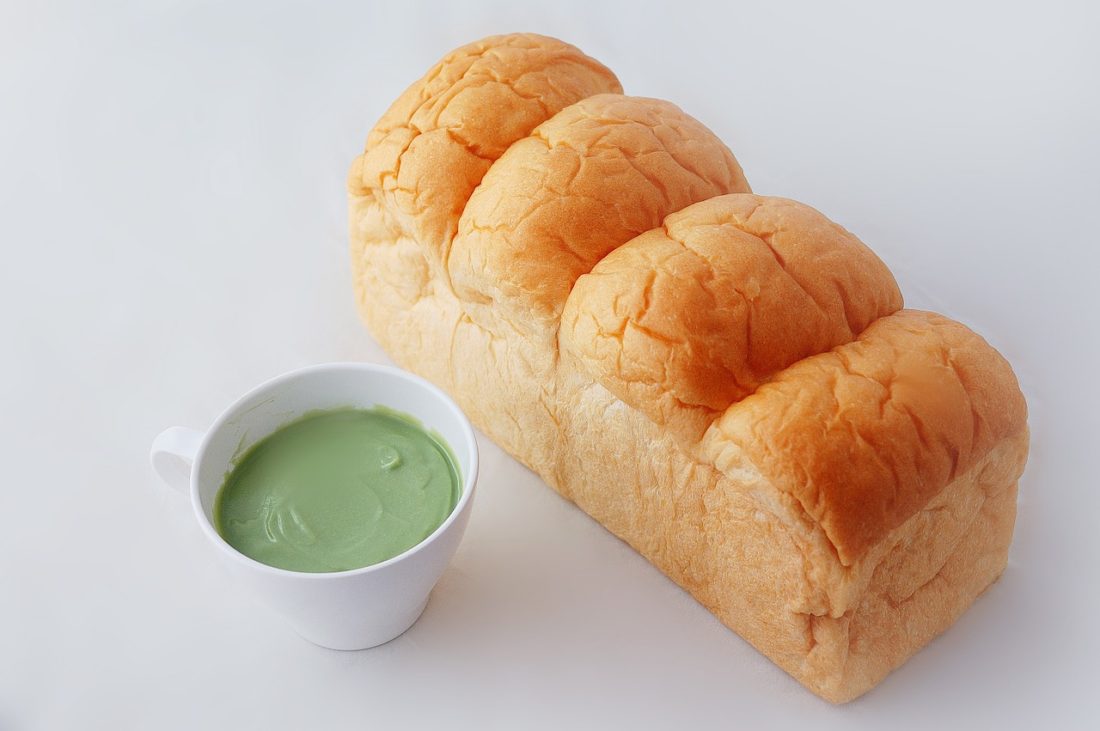 We promise we’re not cruel and we’re not going to leave you with NO BREAD to eat. We’re just trying to give you the insiders scoop, and being an insider the good news is you don’t have to give up bread. Here’s our list on what bread you can avoid, and how to replace it with healthier alternatives.

Usually found in the bread section of your local grocery store. Big name brands you have definitely heard of such as:

Here’s an example of Dempster’s 100% whole wheat bread (highlighted are the questionable items):

Even the gluten-free ones?

Yes, many gluten-free products are made with sugars, are starch heavy and have chemicals and preservatives in them. 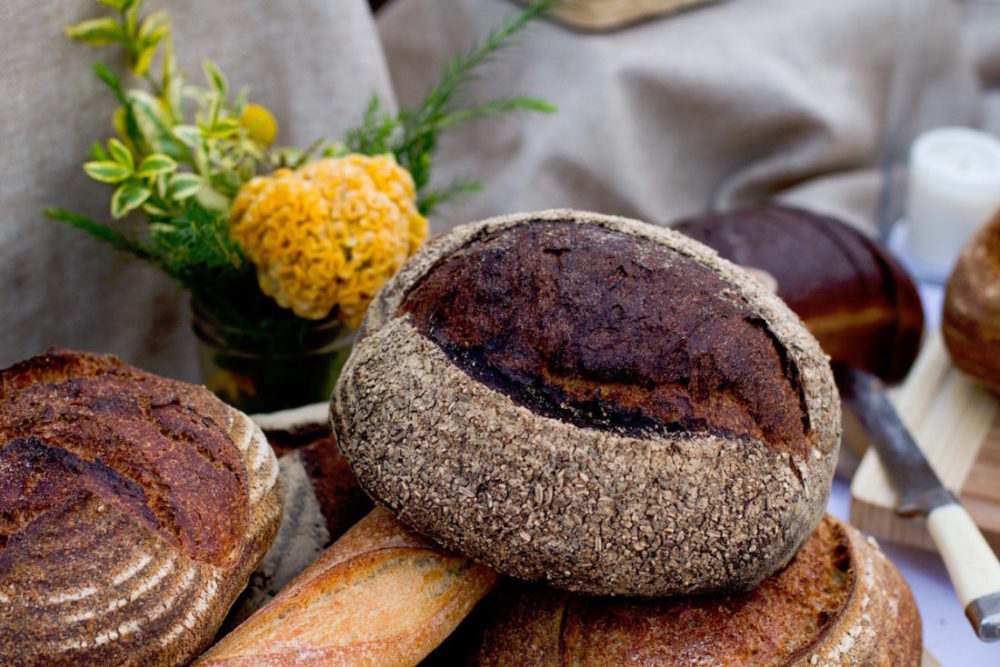 THE BEST HEALTHY BREADS TO BUY

All these ingredients are plucked from the ground (minus wheat gluten) and are minimally processed foods. Just check out the benefits of eating a loaf od bread that’s sprouted and whole grain:

The 100% is key here, as many commercial bread brands try to trick you with marketing tactics such as “made with whole grains” which can mean mostly white flour with some added whole grains.

HERE ARE OUR FAVOURITE HEALTHY BREAD BRANDS TO BUY!

There you have it. Now, you have the knowledge and confidence to go and pick up the healthiest bread on the store shelf or even better from your local bakery. Pick up the best for your body and enjoy it as part of a varied whole food diet.