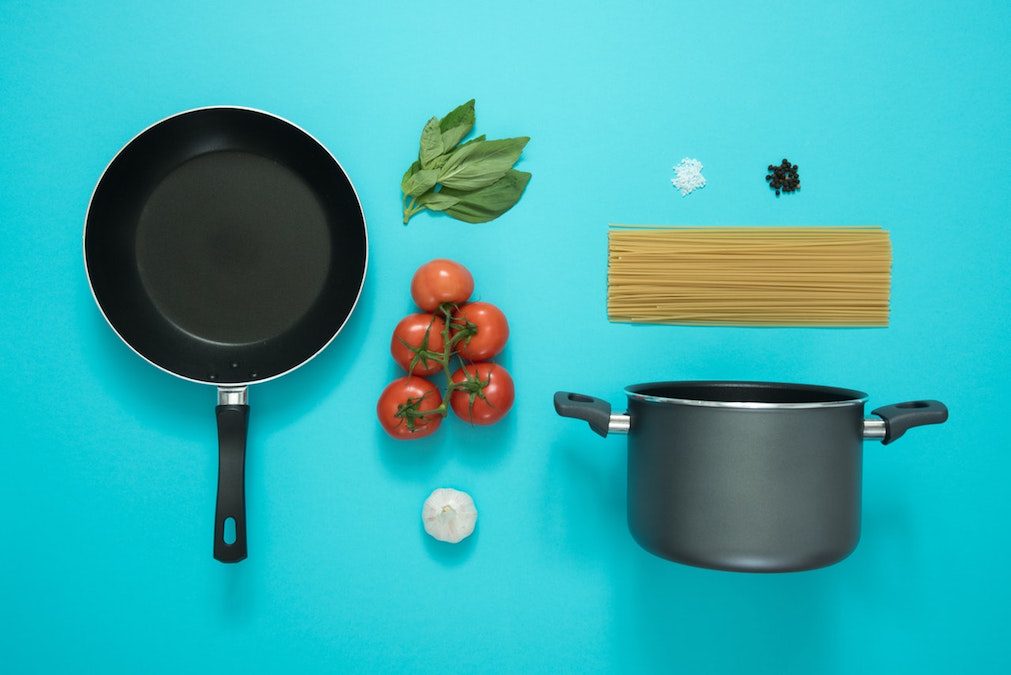 Inside Scoop: Why you should stop using non-stick cookware, and the best and healthiest alternatives to non-stick pans. 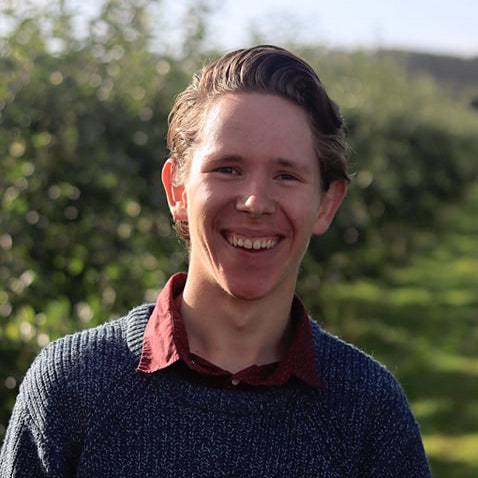 This post was submitted by Jed van Roon-Gifford who loves good food. He loves growing it, cooking it, and especially, eating it.

Breakfasts are a breeze thanks to non-stick pans. Nothing sticks to them and cleaning up is easy. The convenience is wonderful, but I realize that for the sake of my health I need to find another type of pan.

Modern inventions help make life easier in so many ways. Non-stick coatings are just one of those wonders. They have been a lifesaver in the kitchen for many years, especially on cookware. Marketed as healthier because you use less oil or fat, they are now being exposed as a health hazard.

PTFE, PFOA, and PFAS, in general, are all chemicals you want to avoid.

Overwhelming evidence from the scientific community has confirmed that exposure to PTFEs has contributed to low-weight births and birth defects in newborns. Children and teens with high levels of PTFEs in their blood have shown elevated total and LDL cholesterol levels.

Not only are the harmful chemicals affecting the food we are cooking but we are also breathing in the toxic chemical fumes that are released when they are heated. It is no secret that cooking with non-stick pans has been strongly linked to flu-like symptoms and headaches.

PFOA and PFAS were phased out of use in the US between 2006 and 2015 and replacement compounds were used for non-stick coatings. Promoted as more environmentally sustainable and safer, scientific studies show that the new PFAS chemicals are just as toxic and hazardous to our health. In laboratory tests, these chemicals were found to be directly responsible for hormone disruption, kidney and liver toxicity, and abnormal fetal development.

Even if you do use your non-stick pan in a well-ventilated area and never leave it to heat about 450F you are still exposing yourself to toxic fumes and chemicals that may leach into your food.

Is there a more eco-friendly non-stick option?

Ceramic-coated pans are a better alternative to non-stick pans and they won’t release any harmful chemicals while cooking. Ceramic coatings are heat resistant up to 842F and have a superior nonstick release compared to Teflon pans.

The downside is that once the coating begins to wear off you may have metals leaching out of the base and into your food. Typically, coated pans last about 18 months and once the coating wears off they need to be replaced. You also want to ensure that the coating material used is not toxic itself. 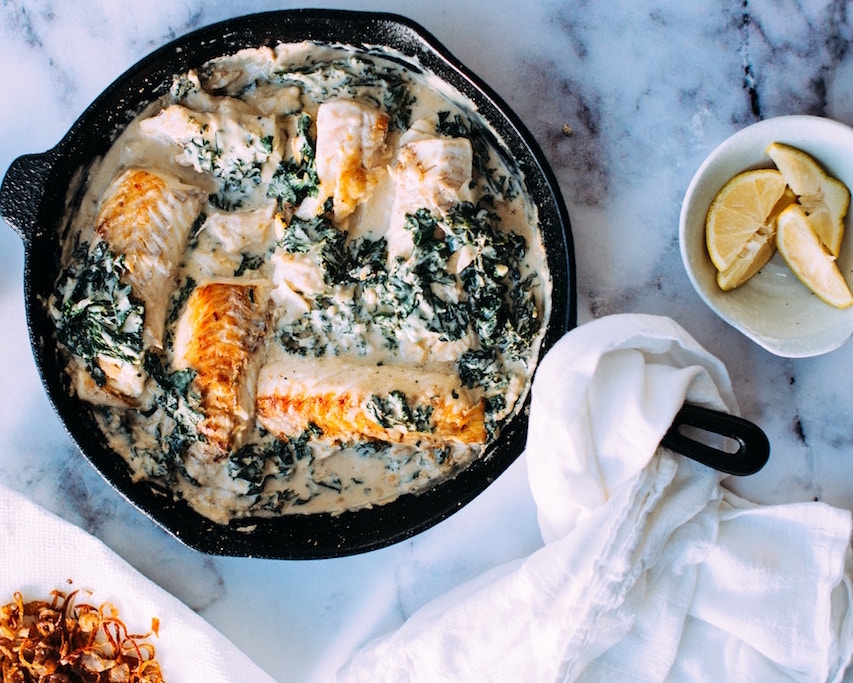 What are the Best Alternatives to Non-Stick Pans?

Made out of natural ceramic stone and sand these pans are solid and sturdy and don’t have any extra coatings. They are much healthier to use and metals can’t leach into your food over time. One of my favorite pure ceramic brands is Xtrema.

Ceramic pans take a long time to heat up but they hold their heat well and this makes them energy efficient. Food will continue cooking even after you have switched the pan off because it holds its heat so well.

Ceramic pans are easy to clean and many are even dishwasher safe. They work well on the hob and in the oven, and can even be put straight on the table for serving afterward. They are durable and will last a while if well cared for.

If you have a sensitivity to heavy-metals, then a ceramic pan is your best choice. This is also the best option for making acid or tomato-based sauces.

Nearly indestructible, these pans are a wonderful natural alternative. Robust and excellent heat conductors, cast iron pans will last you a long time. Your body will be grateful for the small quantities of iron that may be released into your food as it an essential mineral. If you are sensitive to heavy metals or have hemochromatosis (iron overload) then rather avoid cooking with cast iron.

The pan usually comes pre-seasoned but it is advisable to season it yourself before first use. It is tough and can withstand metal utensils and high temperatures so you don’t need to pamper this pan. Cast Iron doesn’t always heat up evenly so it is advised that you rotate the pan now and again when warming it up. This metal emits a lot of heat, so it is not just your steak that will be feeling that heat but everything around it too.

Acid and water are two things that cause cast iron to deteriorate. This is not the best pan to make a tomato sauce in and it does not like sitting in water for long periods, so wash it quickly rather than leaving it to soak.

Your pan will give you the best results if it is re-seasoned regularly, especially after being washed with soap. Make sure to dry it thoroughly to avoid rust.

I have been very impressed with the cast iron cookware made by Lodge. They have a wide variety of pots and pans for everyday use. 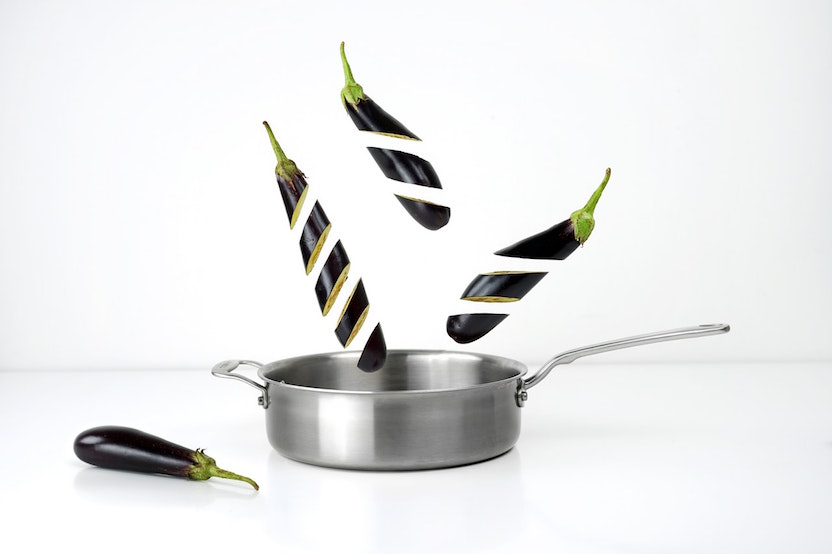 Stainless Steel has become my favorite metal of choice for a frying pan. It is durable, scratch-resistant and easy to maintain. It does not require constant oiling or special care and does not rust or chip.

Try and buy the best quality stainless steel you can afford. This pan is an investment of sorts, it will last for many years, and the better the quality the higher the health benefits. Look out for 18/10 stainless steel pans like those offered by Cuisinart and All-Clad.

I always choose a pan with an encapsulated base as this prevents it from warping. The encapsulated base usually contains aluminum, a superior heating conductor, and this combination of metals ensures energy-efficient cooking.

One of the best things about cooking with stainless steel is that it does not change the taste of the food in any way. Small amounts of iron and nickel may be released into the food as it cooks but this is nothing to be concerned about unless you have a sensitivity to nickel.

Stainless steel offers excellent heat distribution. Allow the pan heat up before adding your butter and oil and ingredients to enjoy the benefits of its natural non-stick properties. These pans are easy to clean, both by hand and in a dishwasher, and only need a little elbow grease to recover from the worst cooking disasters. One of the top alternatives to non-stick pans for sure!

There are major concerns about the PFCs (fluorinated compounds) used in manufacturing non-stick coatings in cookware. Research has substantiated the claims of the devastating effects they have on the body. This is why more than 200 scientists signed the Madrid Statement and recommend that consumers avoid products containing any type of PFA.

If you are going to buy a pan with a non-stick coating, make sure you know what chemicals and compounds are used in the coating.

The healthiest alternative is to avoid non-stick coatings all together and rather use a ceramic, cast iron or stainless steel pan. After all, you have put a lot of thought and effort into sourcing good ingredients to make your favorite meals and should enjoy what you eat knowing it’s all nourishing your body completely.

Have you used any other alternatives to non-stick pans? Let us know below.

Jed van Roon-Gifford loves food. He loves growing it, cooking it, and especially, eating it. When he is not in the garden caring for this season’s veggies, he enjoys exploring natural health, wellness and nutrition. His other passion is writing: learning about the world we live in and relaying helpful information to others. Currently, Jed writes cookware reviews and guides. An entrepreneur at heart, Jed is just as comfortable taking on new challenges and learning new skills in an effort to share the benefits of healthy living with others.