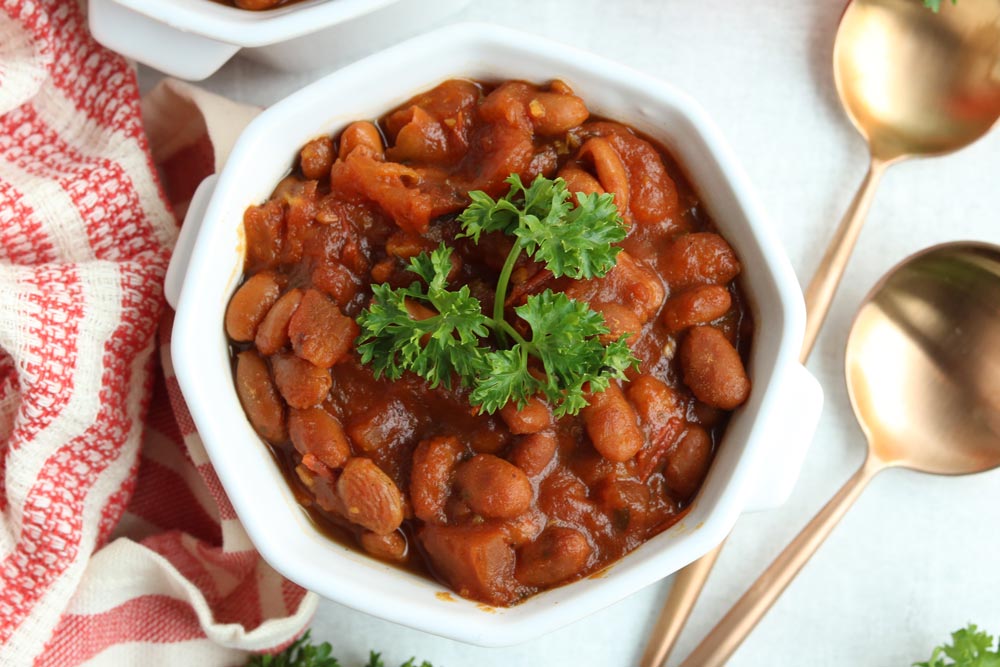 Inside Scoop: You can finally ditch the processed beans, and go for this easy slow cooker healthy Heinz baked beans recipe.

It’s actually turned into a tradition over here. We have family over every weekend and have a big ‘fry up’ for breakfast. We cook sausage, bacon, veggies, eggs, buy fresh sourdough bread, fruit, potatoes, and, along with Lea & Perrins if he doesn’t have his baked beans then it’s well known to the group that something is not quite right.

Believe it or not, I actually enjoy them too. There’s something about Heinz baked beans that tastes so spot on. It may be because I’m brainwashed into liking them from the fiancé, or because they’re loaded with sugar and contain some artificial ingredients, but aside from that, they’re pretty damn good.

Which is why I wanted to re-create the classic Heinz baked beans recipe!

I realized a little while ago that I needed to find a way to get this classic food into our lives in a healthier way, that’s why I set out on a mission to create a healthy Heinz Baked Beans Recipe that was not only simple to cook, but tastes as close to the original version as possible (it was mandatory to do this).

It took me 3 times to get this recipe down, and the biggest mistake that I made was that I didn’t slow cook the beans or add in fresh tomatoes.

The first couple of times played with this recipe I added in passata and did it on the stove top, the end result was a bit gritty and not too saucy. The taste was there, but it turns out that the most effective way to create a healthy Heinz baked beans recipe is to add fresh tomatoes, organic beans, spices, Worcestershire and a touch of maple syrup to a slow cooker and keep the beans on low heat for the day. 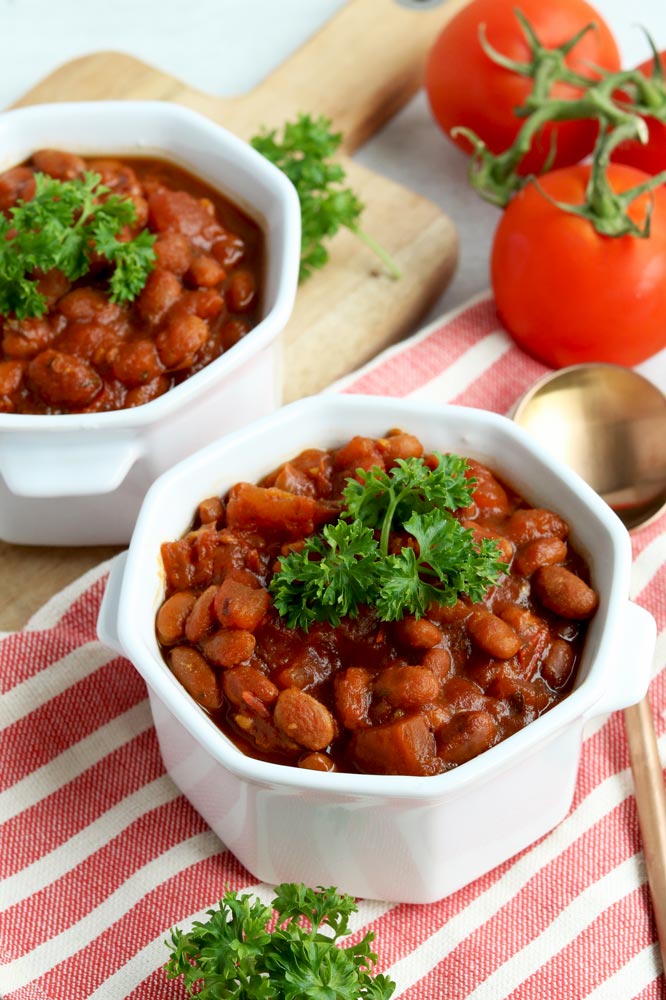 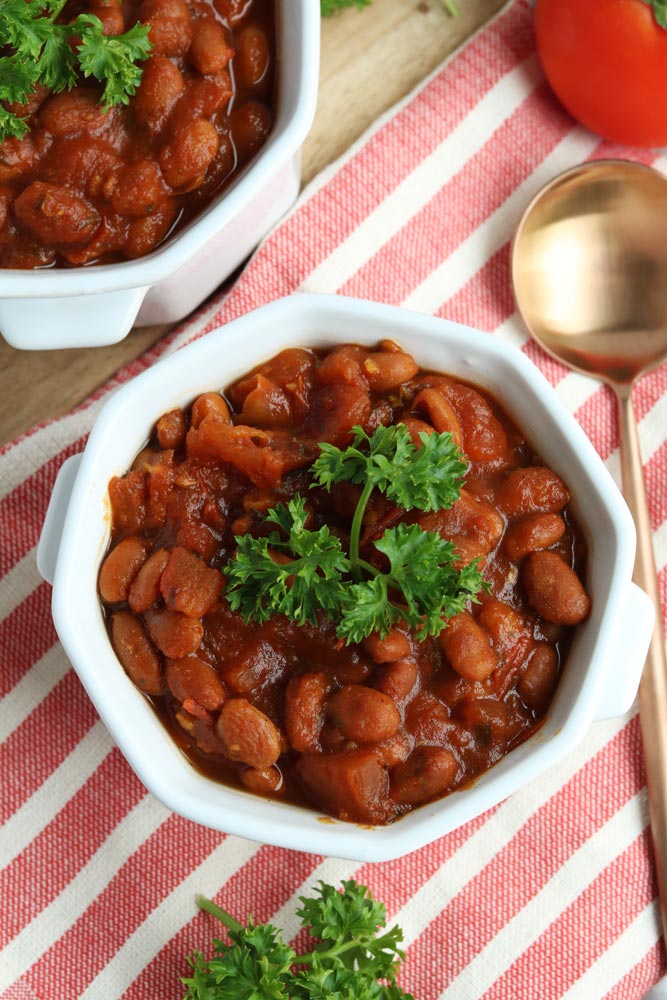 Use This Recipe For More Than Just A Fry Up

This recipe is super versatile, so much so that they go on the side of almost any dinner, whether it’s a plant-based one or an omnivore based-dinner.

Besides a breakfast fry-up, we love cooking this copycat Heinz baked beans recipe as a stuffed potato topper with a side salad, or on the side of a traditional roasted chicken with some coleslaw.

It makes eating healthy fun, because it feels like you’re eating out, or a meal that’s created in a not so healthy way.

Not only is this baked beans dish a great side but it’s pretty good for you as well: 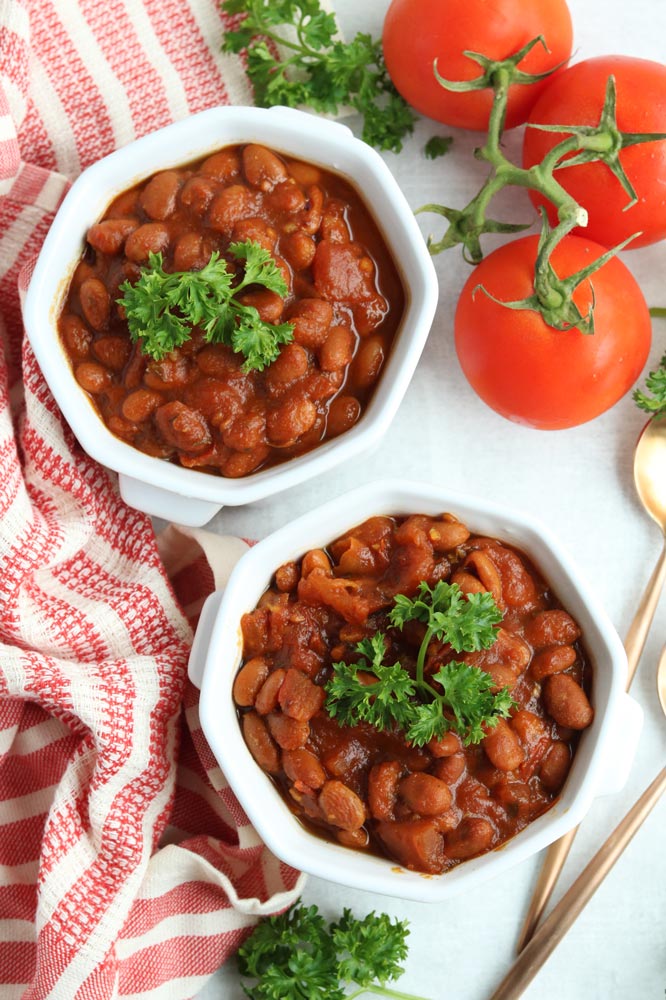 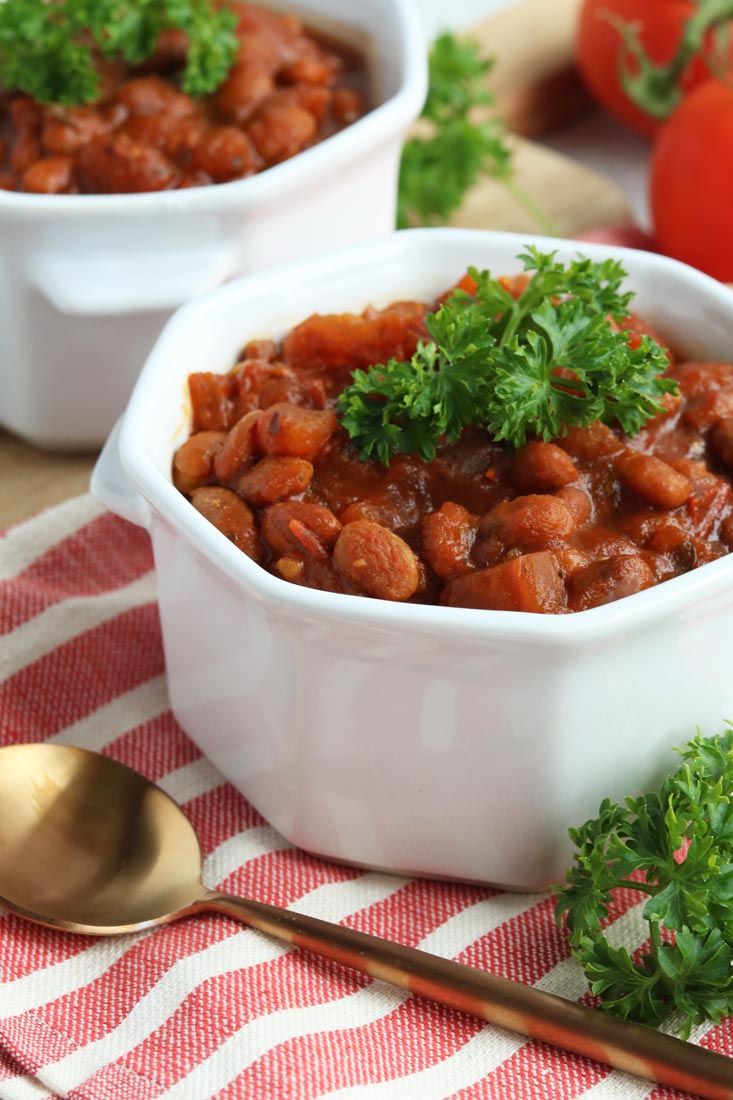 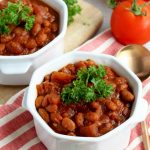