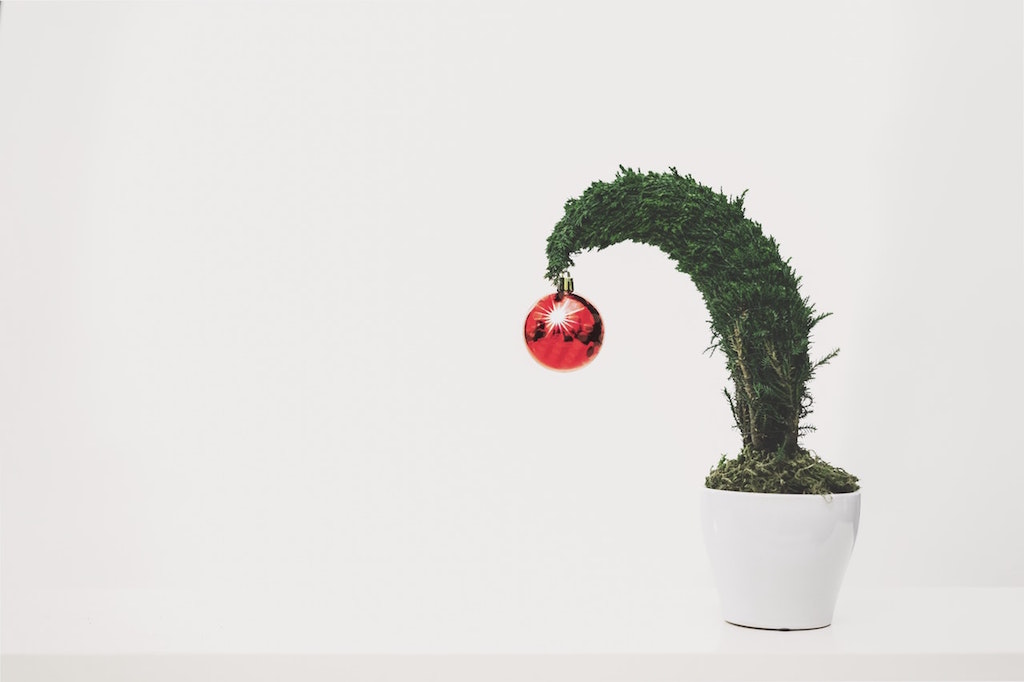 Inside Scoop: 8 adorable living green gifts that any plant-lover will appreciate this holiday season.

This post was submitted by Ricardo Elisiário, agricultural engineer and frenetic freelance writer for hire.

If there’s a trend nowadays regarding presents, it’s that now more than ever they are created in an environment-friendly way that’s as authentic as possible. People are simply on the lookout for those things that allow us to pass on more of who we are and what exactly we had in mind when making or buying a loved one their gifts.

I guess I’m not alone in thinking that live green gifts greatly surpass those which haven’t had much more animation to them than perhaps the handwritten tag we glued to them, to make sure that the gift reaches who it truly belongs to.

It’s also true that every plant is already by nature much more distinct looking than anything else our hands could ever produce, but what we must keep in mind when offering a leafy gift to someone else is how well it’ll be received and cared for by the person on the other side.

So, let’s take a look at what are not only beautiful plants but also possibly the most economical and easy to tend to – that is, for beginners whose thumb is yet to become green – making them a great green gift for any friend and loved one in the upcoming holiday season.

Amaryllises are special because they grow out of a bulb and are also the only ones on this list (… so far) whose certain varieties will flower during the month of Christmas.

Their trumpet-shaped big flowers can show colours as bright as orange, pink or white, though the red ones are more classic than the rest. Being so minimalistic in their character, these bulbous perennials are almost torpid throughout the whole year to then blossom out during such a brief span of time, typically in Spring.

In my opinion, fetching your friends the ruddiest you can find is your safest bet.

Hand them a flowerpot with just the green leaves showing (one month before the eve of the 24th of December), and try them if they’re capable of having them bloom by the time when the last chocolate is taken from the advent calendar. 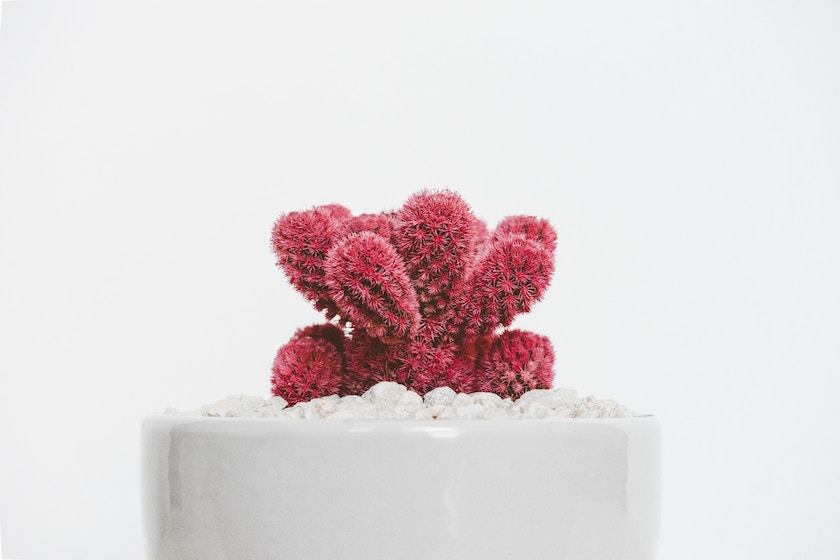 Cacti are probably the most vulgar type of houseplant and it’s their hardiness as well as the huge diversity of shapes, colours and hairiness that makes them such an easy addition to anyone’s sunniest window sill.

May you lack them their owed water, fertilizer or even the amount of sunbathing they like, they still won’t let you down and your house will always remain their favourite spot – they’re extremely resilient.

Their spiky appearance might sometimes contribute to their bad rep but, in truth, nobody really buys into these plants’ suggested hostility.

If you want to test who’s brave and who is but talks, stick the most festive bow you have on its prickly body to see who dares go wildly euphoric unwrapping this special gift.

This is a family amongst the many that belong to the group of succulents. Being such a plant, its needs are also few. Kalanchoes’ meaty leaves can be of many different shades, though green is the habitual hue and the flowers can also be found within a wide array of colours and contours.

These ornamentals tend to take an increasingly noticeable rosette look, as they age, which makes them the easiest choice for someone willing to supplement their clean desktop with a lively new thing.

With these fellows, you tell your friends to feel free to move them around and even place them outdoors during the summer, if they want their plants to tan a little and keep their blooms for many months.

No, it’s not bamboo plants (those are too basic!), what we’ll go over now are the also famous bromeliads, another type of epiphytes (plants that grow harmlessly on top of other plants) just like many orchids and mosses.

You will have to water these houseplants in a funnily different way, which is by pouring water directly into the natural cup formed by the rosette-arranged clusters of leaves. The potting mix isn’t an issue either, as their roots serve merely to fix them to the ground and not to draw in any relevant nutrients or water.

Bromeliads are a perfect green gift for every type of garden enthusiast, regardless of their skill level. If they manage to make them flower (or maintain the inflorescence they usually already bring when bought) means they’re off to a good start in their green career and shouldn’t need your guidance for much longer. 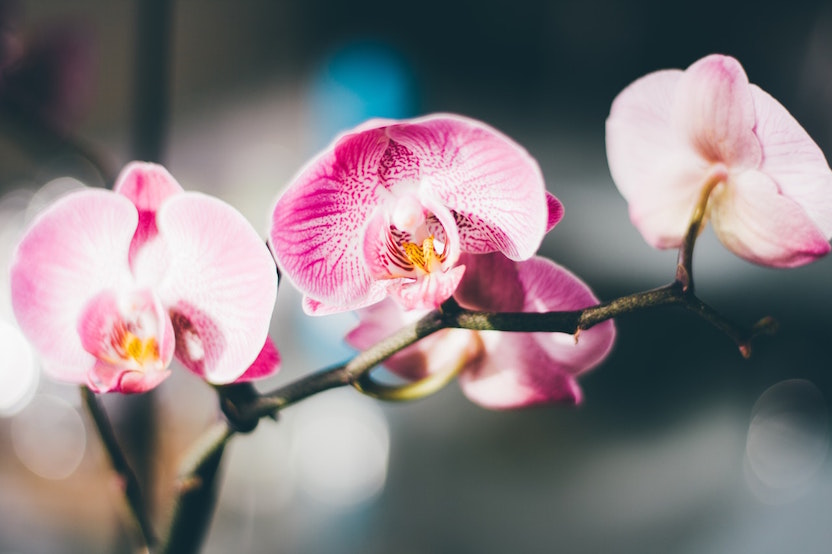 Orchids are very interesting creatures, starting from the fact that they need no true soil in which to implant themselves. Therefore, some enjoy hanging from trees, walls, suspended or normal pots too, held by their eery looking, greyish roots. The only thing you need to do for them is spray water over their whole figure, as they love moisture as much as the abundance of indirect sunlight.

About their beauty, you probably need no further explanation. They come in hundreds, thousands of leaf and flower configurations, and it couldn’t be easier to find them at any kind of store.

Tell them these few elementary rules regarding placement and the victim of your charming gift won’t have to stress over the blossoms falling off like people sometimes fear, because that’s no rule and whoever told you otherwise… well, they’re just sorry nobody offered them an orchid too.

Since it’s coming to be Christmas time once again, it’s smart to close the list of ornamentals with a specimen that is as beautiful as it is robust and weird-looking.

Beside this Noel variety, there’s also the Easter cactus that blooms around that time of year. So, my advice is to have both kinds, for they’re very refreshing plants to keep on any enclosed porch or bright kitchen. And honestly, both need the same sort of care but the Christmas cactus is perhaps the first one to pick. Why?

First, because there are few other house plants that do us the favour of being at their most beautiful during the year’s finale. Secondly, their habit to flower steadily over time will leave you feeling like there’s no better advent calendar than this cactus’ blooming cycle.

Offer your loved ones a tiny plant and, throughout the years, the cactus will become larger by multiplying its segmented arms, made of flattened leaves, from whose tips emerge the flower buds like a picturesque claw that grows and grows until it opens up for all at the dinner table to see. 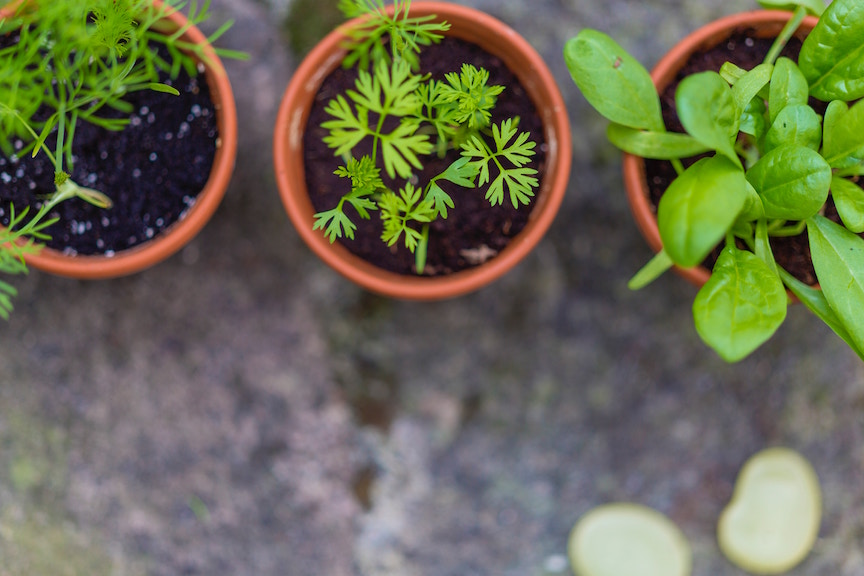 Many out there are more fond of practicality, hence willing to spend time tending only to those plants from which something can be reaped, and that’s an understandable view. So, for those few, there are countless culinary herbs and many essential vegetables that can be grown indoors or out back, for the sake of having a private pantry of fresh greens whose taste will surely exceed every sceptic’s expectations.

More than flowers, crops carry more easily the concept of what it means to grow your own food and strive to go as organic, economical and healthy as possible.

For that reason, it’s a good option to start by offering a tiny pot (or a few) with the most common kitchen herbs, like cilantro, coriander and oregano. Along with it, one type of plant that also never disappoints is the strawberry which is very hardy, luscious to the palate and fast to grow with minimum effort.

It’s indeed so easy to take a step towards a greener life, one that’s known to greatly benefit our mind and body, and keeping those two pieces of ourselves in check, there isn’t much else you’ll need nor want to ask Santa for, is there?

And lastly, if you’re looking for more of a personal touch on your living green gifts, you can absolutely outsource your greenery with companies that design visually stunning plants for the individual’s personality. Take Flora & Forage, for example, a beautiful brand that handcrafts planters and bouquets based on individual style and home decor.

Ricardo Elisiário is a frenetic freelance writer for hire. He should probably act more like the agricultural engineer he is, yet you’ll find him creating copy and content for websites, print… and his own amusement, as he’s up to becoming the new Dickens someday. To find out more about this Lisbon-born wifey-lover, visit his website or say hello @rmelisiario.