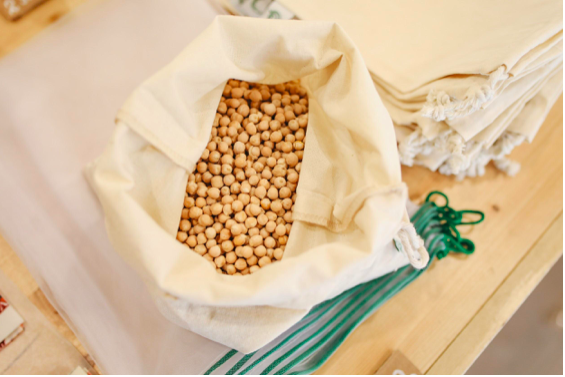 Inside Scoop: There have been many arguments about the benefits and risks involved in eating soybeans (aka the soya bean), most of which are founded on flawed research. In this article, we give an unbiased discussion on the soybean, its benefits, and its detriments. 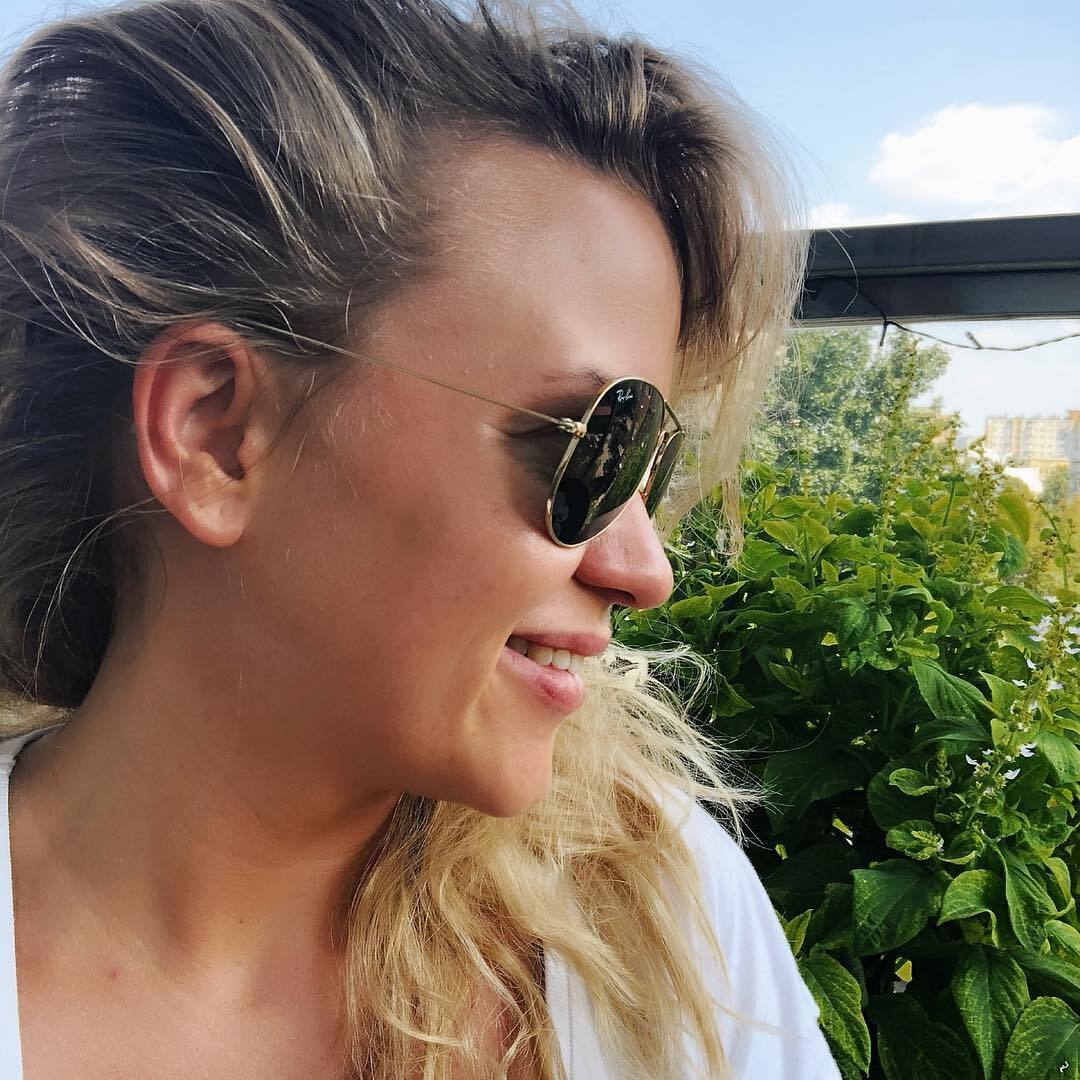 This post was submitted by Rachel Hudson, a dedicated health foodie.

The debate between the pros and cons of soybeans has ensued for decades. Where did the hype for soy food come from? What is going on with this amazing superfood? Specialists seem to clash between whether or not soy is truly beneficial to your diet.

The United States Department of Agriculture (USDA) classified the soybean as a superfood back in 1999, leading to its widespread popularity around the world. However, after years of research, experts now believe that soybeans are neither a superfood nor a terrible food; rather, they fall somewhere in between.

To bring you clarity and allow you to form your own opinion on the soybean, we thought a fact-based discussion of the pros and cons of this supposed “superfood” would allow you to make up your mind once and for all. Also, stay tuned until the end for some outstanding, cooked soybean recipes that will change your life!

What Is a Soybean, and What Are Its Qualities?

First, the meaning of soy is lost to the people who do not understand the many forms it comes in. The soybean is a part of the legume family, the same family that houses lentils and corn.

Soybeans are consumed in many forms. They can be harvested prematurely and eaten as edamame, ground to create tofu and soy flour, and can even undergo a fermentation process to produce bean paste, tempeh, natto, salad dressings, and any other soybean meal.

These beans play a large role in the infamous soy milk, a healthy, dairy-free substitute for cow’s milk. One of the most popular soybean products is the sauce itself, soy sauce that is! These extracts are known to make a cameo in everything from cereal, to animal feed, to infant formula. The soybean crop has multitudes of uses that are found in more products than we ever thought!

The most popular form of soybean production is soybean oil. However, the soy used for this product is typically genetically modified. Over 80% of soybeans grown in the US are of the GMO variety and end up in soybean oil processing. If you are looking for plant-based oil, head over to CBD Pure Ratio to learn about the wonders possible with hemp oil.

Soybean oil has the opportunity to be milled into flour and act as a substitute for eggs in baking, perfect for vegetarians and vegans in search of a plant-based alternative! If it is not, the Textured Vegetable Protein (TVP) obtained from soybeans constitutes the basic ingredient for any dairy and meat substitute.

The uses for soybeans extend beyond the few examples we’ve given, especially when it comes to the left over parts of soybean production. The byproduct is used to produce soy lecithin, an emulsifier found in almost all processed foods. It appears in pet food, soy beverages, soaps, cosmetics, crayons, clothing, and more.

Soy consists of large quantities of healthy minerals, antioxidants, protein, fats, and many more. The breakdown below reveals everything you should know about soybeans and what is going into your body!

Soybean protein is a plant-based protein that contains all 9 essential amino acids, thereby making it a complete protein. It is a vegetarian’s best friend when it comes to consuming the necessary proteins that they aren’t getting from meat and dairy.

However, it is not the ‘perfect’ protein, because of its low lysine and methionine content. Combining it with other proteins like quinoa and pumpkin seeds allows you to get a wholesome diet. Lentils, another legume, are also a source of complete proteins. Like soya, they supply all the nine essential amino acids the body can’t make on its own.

2. Soy Has Healthy Carbs and Fats

Soybeans have about 18% oil content when dry, which is why they work well as soybean oil seeds. This oil is primarily made of healthy mono- and poly unsaturated fats, helping reduce the amount of unhealthy cholesterol (LDL) in the blood. However, like many other foods, there is a saturated fat content that is present.

It is packed with lots of healthy carbs that have a low glycemic index, meaning the energy from soy is released slowly over time. This property makes it perfect for people struggling with obesity. The fats and carbs found in soy can help you lose weight by sustaining your appetite for a longer period of time, especially when consuming soy organically as opposed to consuming meat and dairy.

3. Soy Is a Great Source of Vitamins and Minerals

● Calcium – soy has about 277mg of calcium per 100g, which is a bit lower than cow’s milk, but makes soy milk a great substitute for vegetarian and vegan eaters.

Apart from these, soy is also a good source of fiber, sugar, omega-3, and omega-6 oils. Omega oils are well-known for promoting brain and heart health in any human being. Consuming fresh soy will give you the best benefits! You can grow and forage your own soybean seed in your backyard for easy access to these vitamins and minerals, just ask Wikihow!

The risks associated with consuming soy products have been fueling many anti-soy campaigns, even going so far as to encourage regulating its usage in infant formula. Here is why:

There are many arguments for and against soy and its relation to cancer. Studies on this topic tend to show a correlation between soy and breast and prostate cancer. It appears that eating soy consistently, especially from a younger age, helps reduce the chances of getting cancer. It has been shown that soy can increase the probability of recovering and decrease the probability of remission.

On the other hand, a plant-based phytoestrogen found in a soybean called isoflavone is what is believe to be the main connection to cancer. Soy Isoflavone resembles the natural hormone estrogen, but does not promote healthy effects in the body. However, many studies clash on the exact effect of soybean isoflavone and its relation to cancer, so more research needs to be done on this correlation.

Some people, especially infants, are allergic to soy protein. This protein has been known to cause hives and itching in the mouth. Most kids outgrow it, but it can remain a prominent allergy through adulthood.

Women who are experiencing menopause claim that the phytoestrogens in soy can increase hot flashes and vaginal dryness. These claims are still not proven as fact, but until further research is conducted, being aware of this correlation is necessary.

After our own extensive research, we do not think there is any reason to be worried about consuming soy products. Consuming several soy products a week can improve your health, and vegetarians have found the perfect protein replacement for their diet!

The key to this decision of “to soy or not to soy” lies in how you consume soy products and in what quantities. Here are some tips for your soybean needs:

·      Check for other soy sources in packaged foods

We recommend making whole soybean meals at home to avoid all the processed food pitfalls. If consumed properly and in the right quantities, soybeans can definitely be your new go-to super food! We would love to hear what you think about it, so please discuss in the comment section below!

Rae Hudson is a dedicated health foodie. Knowing that eating habits are the most significant contributor to health problems today, she decided to push herself to eat the healthiest foods possible. Now, with exciting results to show for it, Rae believes that nobody else should miss out on the incredible advantages of healthy, clean eating.