Organic Food Facts: Is It Really Better For Your Health? 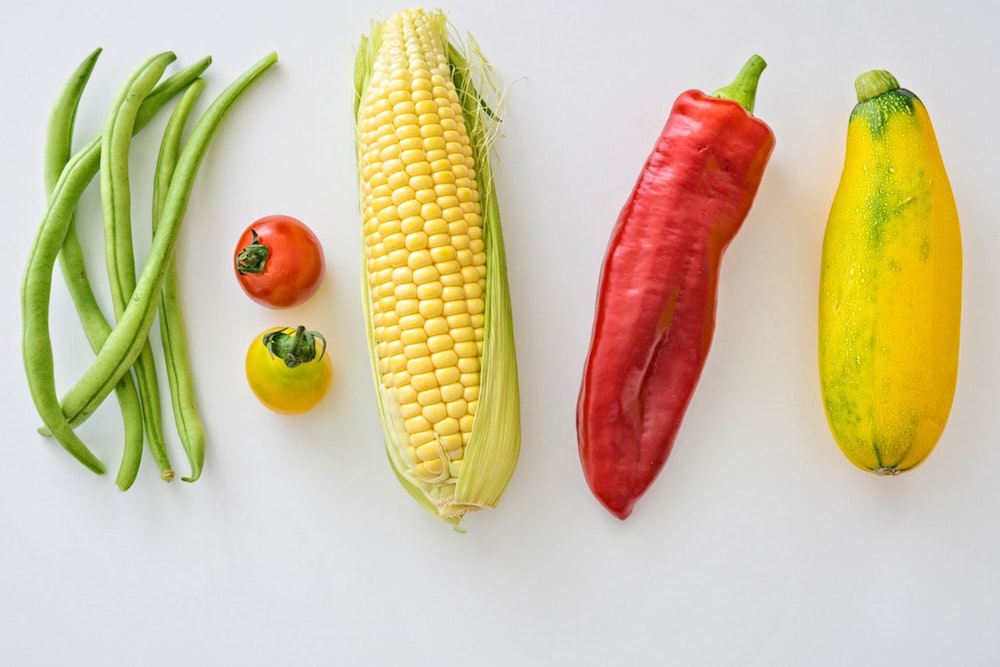 Inside Scoop: Get the organic food facts that truly matter for your health. 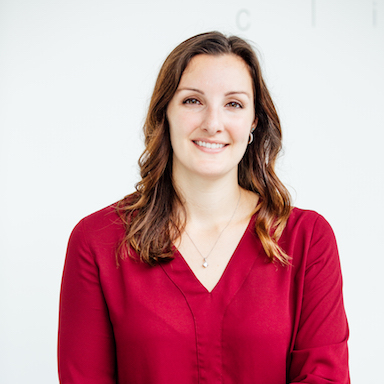 As a Nutritionist, I get asked lots of questions! Should I eat only organic? If I eat some organic food, are there more important ones to focus on? Should I get a dog? Ok that last one isn’t related…but you’d be surprised what people ask my expertise on. It can be confusing knowing whether or not to go organic, so let me break some of the organic food facts down for you. But first, let’s get on the same page.

WHAT DOES ORGANIC MEAN?

The word organic is thrown around a lot these days, maybe even more than the words “on fleek” or “squad goals”. The word itself doesn’t really tell us what it means though, and different countries have different regulations for calling something organic.

In Canada, a product can display the Canada organics logo if it has 95% or more organic content. This standard is determined by the Canadian Food Inspection Agency. In producing food (plants or animals) it must be done without the use of:

There are exemptions though, for example plants can still be given natural forms of amino acids to regulate growth.

WHAT’S THE COST OF ORGANIC?

In general, organic is more expensive (47% more expensive according to a recent US Consumer Report). Interestingly, price differences for organic vs. non-organic fluctuated wildly between stores, and the margins changed depending on what foods were being examined. For example, some items like organic honey were cheaper. The biggest price difference? Zucchini (which you should totally try in these Healthy Chocolate Zucchini Muffins)! With the organic version cashing out at 303% more expensive than regular. 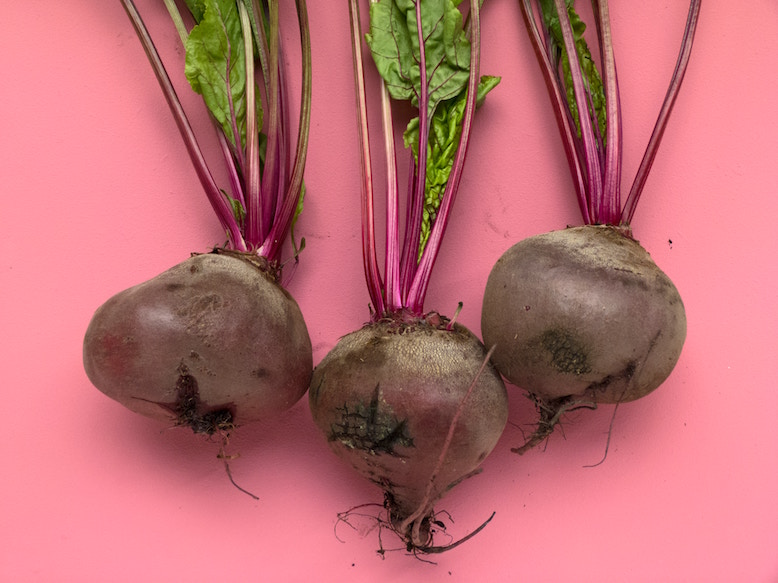 ORGANIC FOOD FACTS: WHAT DOES THE EVIDENCE SAY ABOUT EATING ORGANIC?

Well, it turns out the evidence says A LOT about organic food, but it’s not a clear cut issue. In 2012, scientists at Stanford published a meta-analysis, which is a massive summary of a bunch of other summaries (inception much?). Methods wise, it’s a rigorous approach to try and find a common outcome between lots of people’s work.

This group looked at 240 studies and found no differences in nutrient content of organic vs. non-organic food except for phosphorous. The thing is, most of us aren’t deficient in phosphorous and we already get a lot of it from milk and meat. An interesting finding of the study though is that organic foods were lower in pesticide residues (30% less likely to be contaminated with pesticides), however both organic and non-organic were below the allowable limit for pesticides. Also, organic chicken and pork had less risk of being contaminated with antibiotic-resistant bacteria.

Ok but 2012 was a long time ago…that’s when Hunger Games came out (the movie not the book) and Gone Girl was published (the book not the movie).

Since then more evidence has developed. In 2017 another summary of the evidence was released, this time citing several studies which found organic produce had higher levels of vitamin C, vitamin E, antioxidants, and minerals like calcium, potassium, phosphorous, magnesium, and iron. They also found that organic milk had higher omega-3 content, these healthy fats keep inflammation low in the body. The paper also confirmed the 2012 findings that organic fruits, vegetables, and grains had lower risk of pesticide contamination.

It’s not all sunshine and rainbows for organic though; on the flip side, organic fruits, vegetables, and grains had lower protein and amino acid content. This is likely due to a lower availability of nitrogen in the soil, and nitrogen is needed to make amino acids.

The confusing part is, even if organic foods have higher levels of certain nutrients, we still don’t know if this translates into better health.

In a well nourished individual does a little extra vitamin C translate to feeling a lot better? We still don’t know. The 2017 study also looked at a range of health conditions and diseases like eczema, allergies, cancer and found nothing conclusive that organic was better. And we likely won’t know until researchers follow populations of people that only eat organic for a long period of time and see what diseases they develop or avoid. 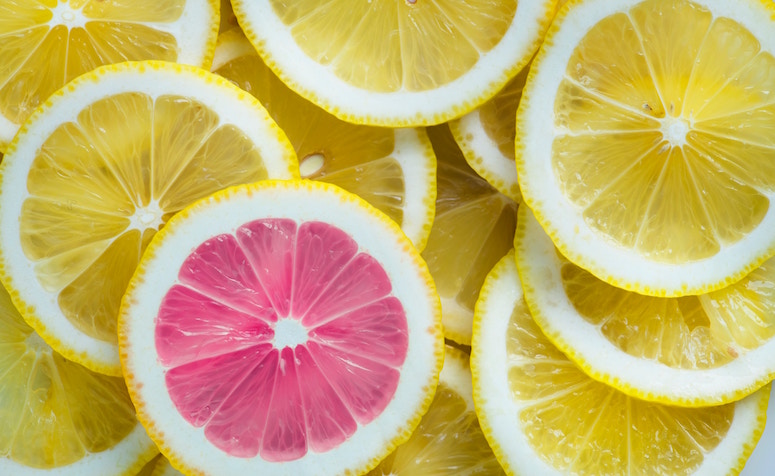 WHAT DOES IT ALL MEAN?

It seems organic foods have higher concentrations of some vitamins and minerals, and fewer pesticides, but they also have lower protein. There’s no doubt about it though, organic is still seen as healthier. In fact, in a study where “pro-organic” people were told about the results of that 2012 Stanford study finding no nutritional advantage of organic foods they didn’t shift their attitudes. They still cited health as their top reason for eating organic! So, it seems it doesn’t necessarily matter what the evidence says, people have these beliefs deep ingrained.

The type of food you put into your body matters more than how it’s grown.

I’m more concerned that you’re eating lots of fresh fruits and vegetables in a variety of colours than I am with ensuring it’s organic. There are also a lot of factors I haven’t touched on that affect the nutrient content of food. For example, how ripe and fresh it is and how it’s prepared.

Let’s look at Vitamin C for example. This vitamin starts degrading immediately once the food is picked. So, even if it has an organic nutritional advantage, travelling halfway across the world is going to reverse any benefit (if available, buying local might offer some advantage here). The food prep method you choose also has an effect on nutrient levels. Boiling causes Vitamin C to leach out into the water, again ruining any advantage organic had.

Only you can decide if organic is right for you and your family and if spending more (usually) is worth it to you. Oh and yes, you probably should get a dog.

Whether you choose organic or not, get your printable healthy pantry staples shopping list below. Eating a bigger variety of whole foods will matter more for your health.

Heather Lillico is a Holistic Nutritionist and Yoga Instructor. She provides personalized nutrition consultations to help clients reach their goals and specializes in plant-based diets, digestive health, and using nutrition to achieve optimal mental health. Taking a truly holistic approach, she focuses on the mind-body-spirit connection and examines how food affects mood and state of mind. She is based out of Lemon Water Wellness in the Distillery District in Toronto.