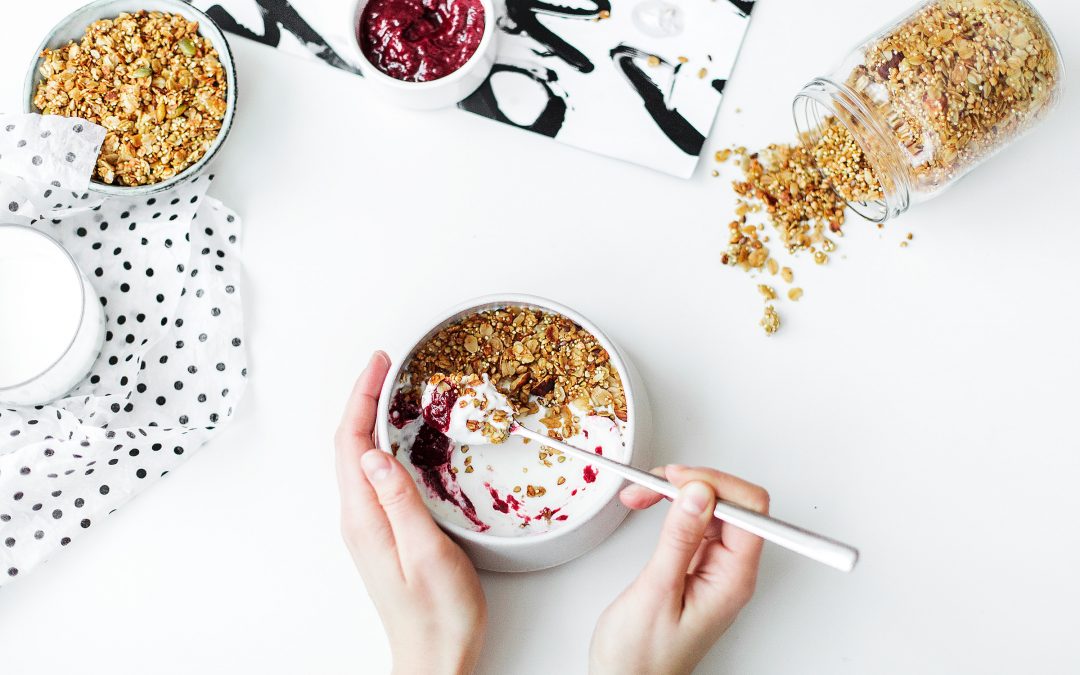 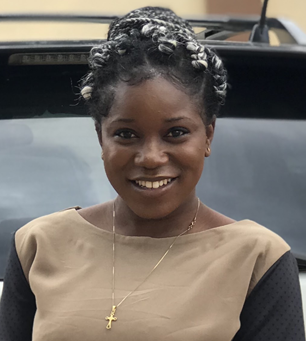 This recipe was submitted by Oyegoke Motolani Oluwakemi is a writer, poetess, and author of insightful articles.

Mornings often end up in a rush. Adults are trying to get to work while kids don’t want to miss the bus. That used to be the routine until some of us had to stay at home. Still, many people have to be at work, and the rush is still very much there.

As a result of the rush, people are in the habit of skipping breakfast because they want to honor an appointment or beat the traffic. It’s great to be on time, but not at the expense of your healthy feeding.

Breakfast is popularly known as the first meal of the day. However, the name suggests much more than that. Break-fast: break the fast from the previous night. The science of this breakfast situation is simple. There’s about at least 12 hours without food from the previous night. By now, your glycogen levels are quite low. Glycogen is the storage bulk glucose in the body; once you’re out of this, the body looks to fatty acid for energy. While fatty acid is a substitute fuel for the body, the most preferred is glucose.

Even though many people skip breakfast for several reasons that seem valid to them, many studies recommend taking breakfast. Regardless of your opinion, breakfast remains an important meal of the day.

While we frown at unhealthy eating, a balanced, nutritious, and healthy selection of various items powers you up for the rest of the day. Not eating breakfast may seem appealing because you’re trying to work on your weight or other things. But depriving your body of the right nutrients is more detrimental. However, foods with high nutritional contents and balance can give you energy and help you avoid overfeeding for the rest of the day.

Here are the eight of the most nutritional items that you could eat for breakfast while boosting your brainpower.

Cereals are a go-to food for breakfast, but not everyone knows that whole grains are the real deal. Don’t get it wrong; if your cereal is from whole grains, there’s no issue. But if not, you can do better.

The brain, like every part of the body, needs energy. Without energy, full functioning can be jeopardized, leading to a loss of concentration and, ultimately, a depletion in the whole-body activity. We have established that glucose is the most primary form of energy storage in the body. Therefore, choosing wholegrain with a low glycemic index boosts your brain activity exponentially.

Here’s how it works; whole grains with low GI slowly releases energy into the blood, thereby keeping your mental function reasonable. The beauty of whole grains is that they can be cooked alongside other food items. So, while you can go for wholegrain cereals, you could choose granary bread as well. 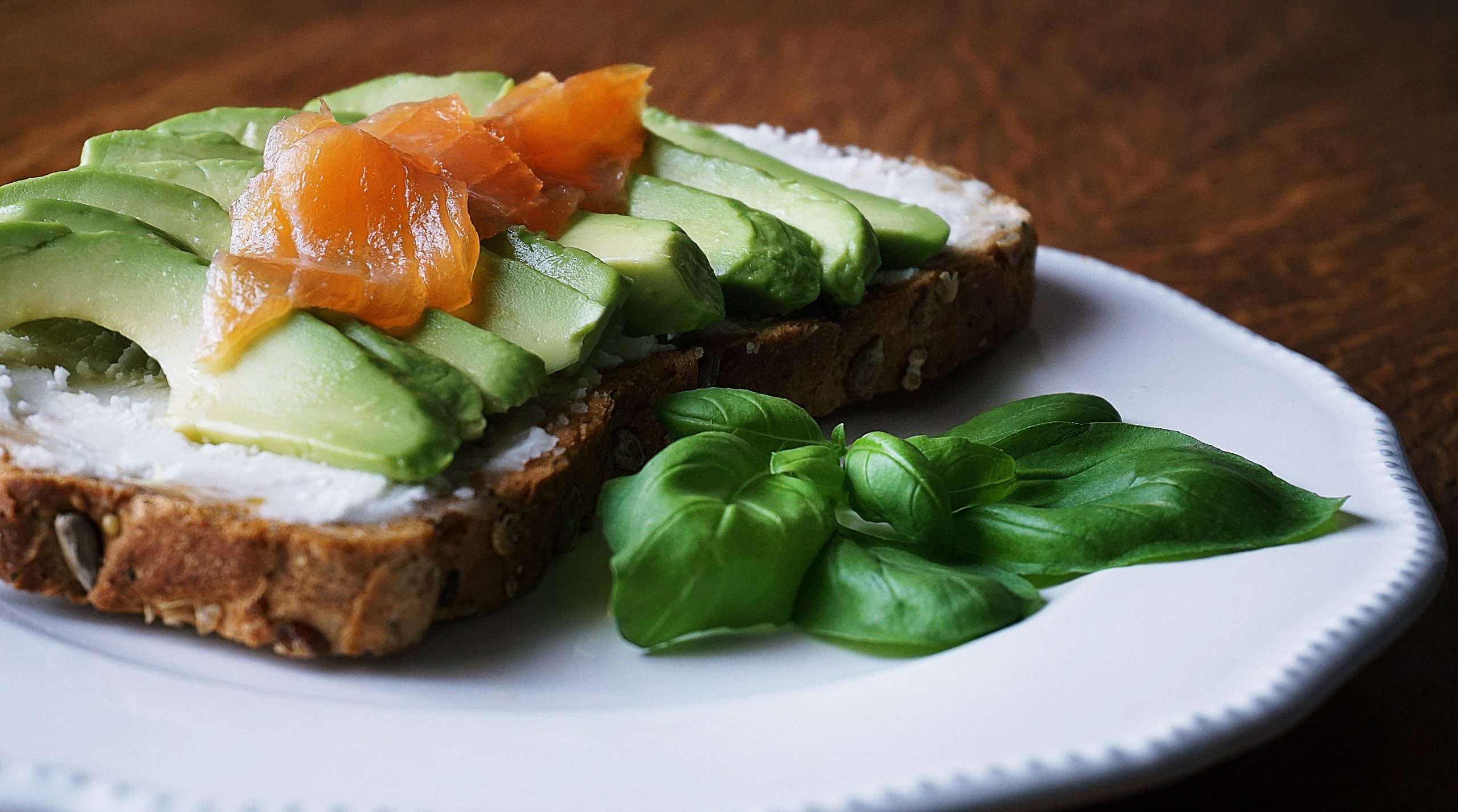 The mere presence of oily in the context could tick some people off. Relax, we’re talking about fish rich in the essential fatty acids only. By nature, the body cannot produce its essential fatty acids, but it is very much available in certain food items. Your brain is made up of 60% fat, and half of this is omega-3 fat. When we say the food is the fuel of our body, this is an example of what we mean. The brain uses omega-3 fats to build nerve cells, thus aiding learning and memory.

Two of the common essential oils are Omega-3 and Omega-6, respectively. Omega-3 fat is present in fish and its component form: Eicosapentaenoic acid and docosahexaenoic acid. Both are essential for brain and heart function as well as joint health in humans and animals alike.

Certain studies suggest that a proportional ratio of Omega-3 fats in the diet could combat the challenge of depression at an early stage.

Alternatively, other plant sources for this essential oil are flaxseed, soybeans, pumpkin seeds, walnuts, and their oils. Hence, including them in your breakfast items is a great idea.

Oily fish is an exceptional pick because they are available in their active forms such that the body can readily take them up. Going by the biochemistry of essential fatty acids, low DHA levels are implicated in Dementia risks and memory loss. However, sufficient levels of the same aids the production of serotonin in the brain.

The plant sources of essential fatty acids are a great option for vegan and vegetarian, especially when they have a full meal plan. If you also think about taking supplements, omega -3 supplements in the form of fish oil are ideal.

Now, you may wonder how chocolate made our list. Well, you’re about to know the numerous benefits contained in this dark goodness. Dark chocolate is a product of cocoa or cacao. Cocoa itself is rich in flavonoids or antioxidants (to put it generally).

The major function of antioxidants in the body is to scavenge free radicals, ultimately addressing the risk of oxidative stress. Therefore, antioxidants are important to brain health since the brain is more predisposed to oxidative stress, which is implicated in age-related cognitive decline and other brain diseases.

According to a study done in 2013, the flavonoids present in dark chocolate may foster neuron and blood vessel growth in portions of the brain responsible for memory and learning. They also reported that they could encourage blood flow in the brain. Furthermore, another extensive research reports a likely reversal of memory challenges in snails, although this process has not been tested on human subjects. 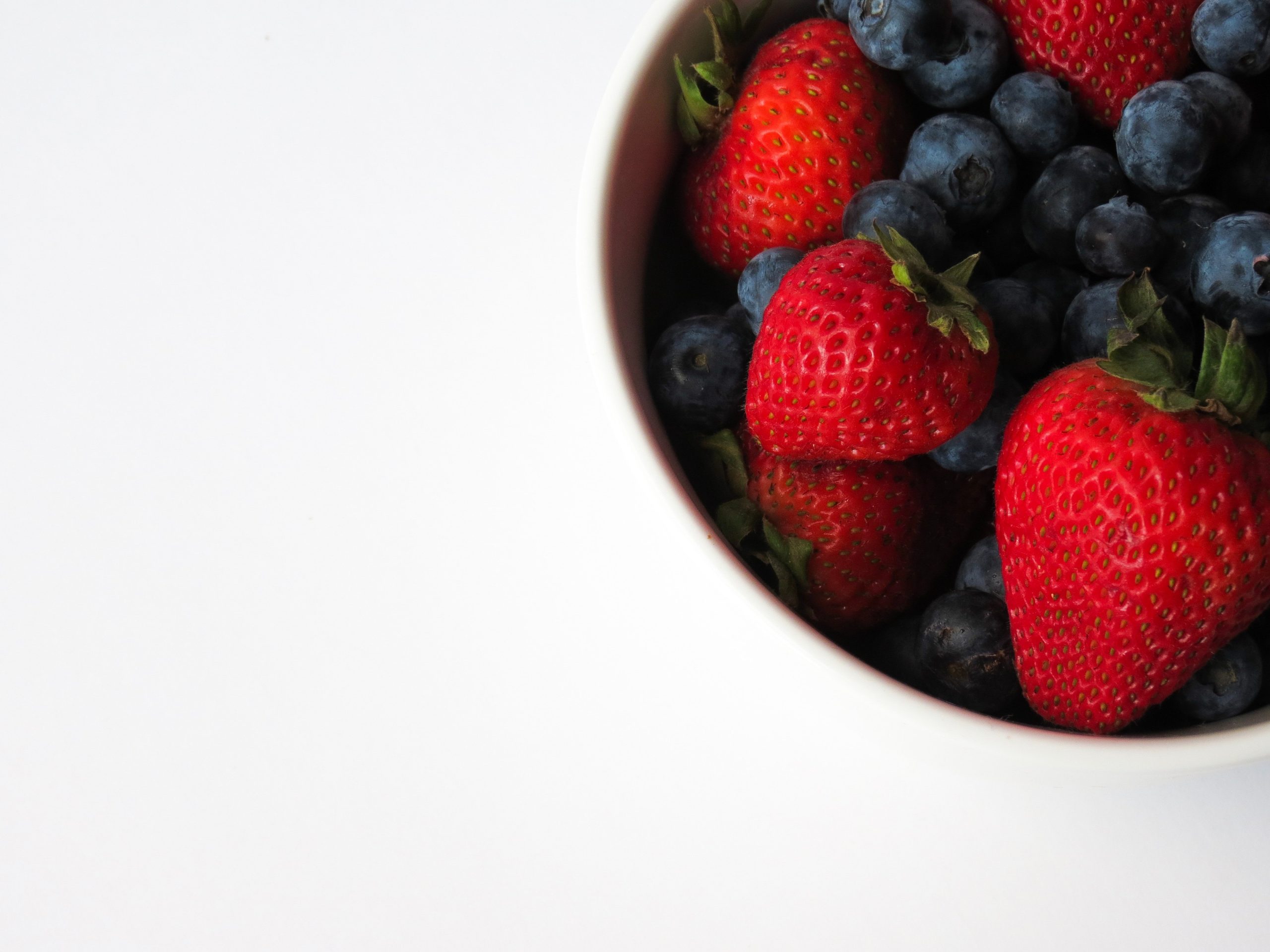 Strawberries, blackberries, blackcurrants, mulberries, and blueberries are good breakfast items because they contain antioxidants. Some of these antioxidants include catechin, quercetin, caffeic acid, and more.

Berries often serve as a nice compliment to any meal, even though they can be eaten independently. Based on a review, some of the effects they have on the brain are:

Coffee, one of the most popular beverages globally, has more functionality other than taste and stimulation. Most coffee drinkers acknowledge the stimulating effects its caffeine content has because caffeine blocks adenosine in the brain. Apart from the alertness, some studies support an elevation in the brain’s ability to process information.

A recent study showcased an increase in brain entropy. This is directly associated with the fact that there was a variation in brain activity, which suggests that when entropy is high, the brain processes more information. Like berries and dark chocolate, coffee is also a rich source of antioxidants, and the consumption aids brain health with age.

Extensive coffee intake has also been linked to reducing neurological diseases like Parkinson’s and Alzheimer’s. This attribute could be due to the concentration of antioxidants.

The turmeric magic is not limited to being a spice alone. The deep-yellow powder has its benefits in skin health, brain health, and overall well-being. Curcumin, the known active agent in turmeric, crosses the blood-brain barrier to interact with the brain cells directly. That’s because of the antioxidant and anti-inflammatory properties embedded in the spice. 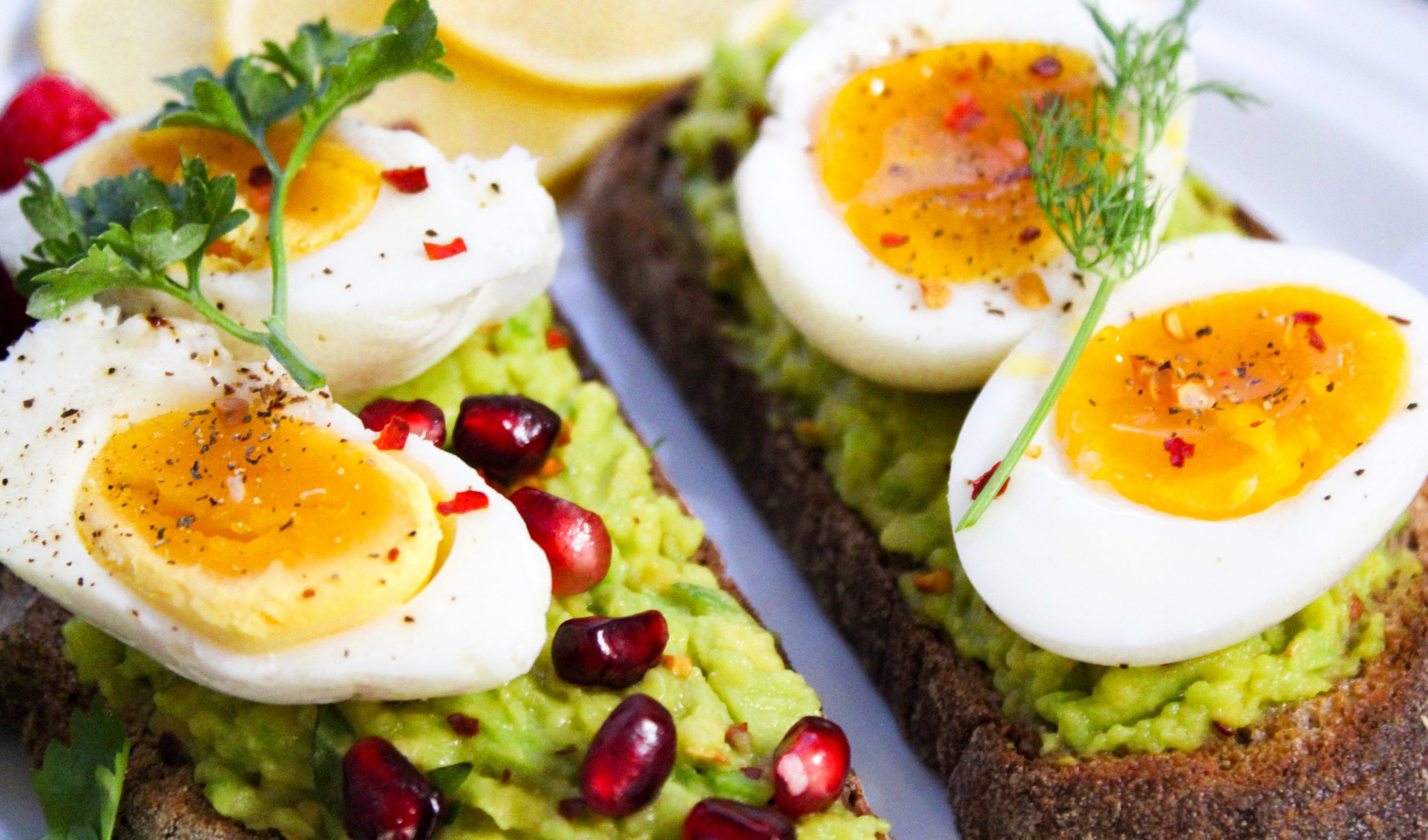 At least every child knows that eggs are a primary protein source because they’re taught both at home and in school. The several nutrients present in eggs are mostly vitamins; B6 and B12. Also, there’s choline and folate.

Choline is a micronutrient in the body; you may know it from acetylcholine because it generates the latter. Acetylcholine is a neurotransmitter responsible for mood regulation and memory. Higher choline intake has been linked to better mental and memory function because of the diet. However, many people still lack this nutrient.

Eating eggs for breakfast is the easiest way to obtain choline as long as you’re getting the yolk. Aside from choline function, the B vitamins have many roles in brain health. There’s evidence to show that they help slow down the progression of mental decline in aged people. For instance, B12 helps the synthesis of brain chemicals while aiding the regulation of brain sugars.

The mentioned vegetables are a common source of dietary fiber. They are rich in glucosinolates, which are broken down into their isothiocyanates components. These may reduce oxidative stress and decrease the risk of neurodegenerative diseases. Again, they contain vitamin C and flavonoids to help improve brain health.

Other foods worthy of mention include apples, almonds, oats, etc. A pro-tip for keeping the balance is taking water too. By nature, water rids the body of waste. Bearing in mind that feeding on the nutrients in the right proportion helps your brain and overall body function.

Eating smart and not big in the morning is what you need. If you realize that your mornings are a little bit hectic, you could prepare them in advance. You can also make eating breakfast fun for you and your family by switching up the diet and employing new food items.

Remember to add a touch of smile and love to it; breakfast should not be a dread! 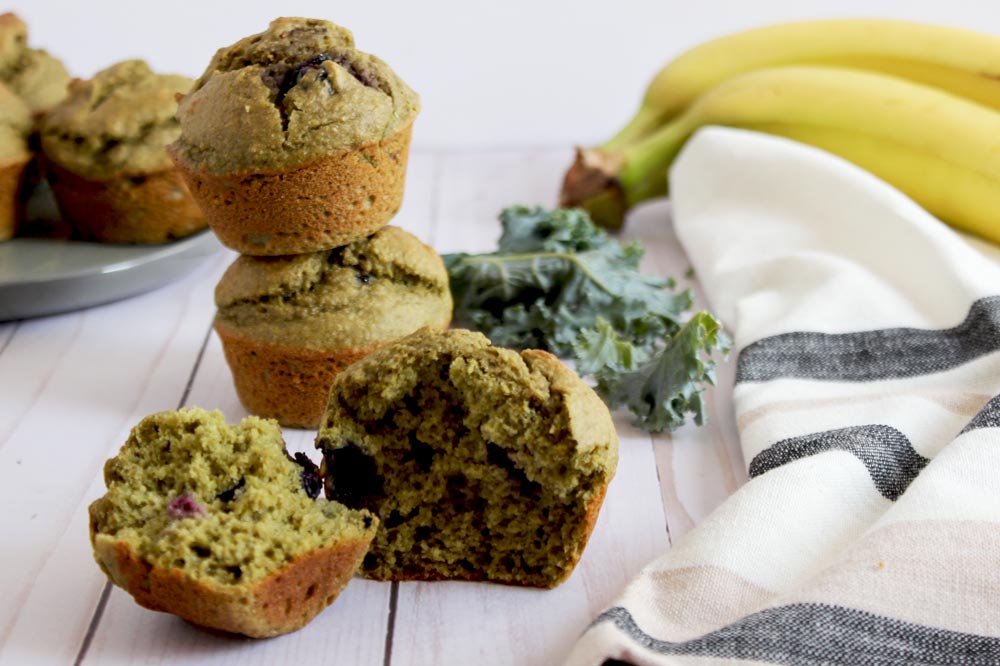 Blender muffins! All you need are a few ingredients. 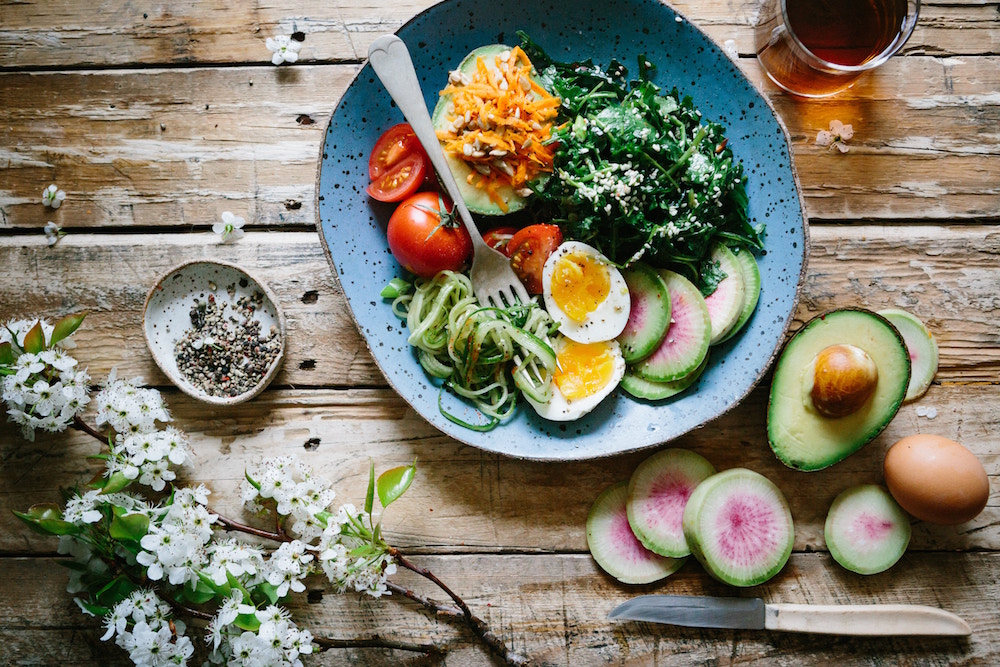 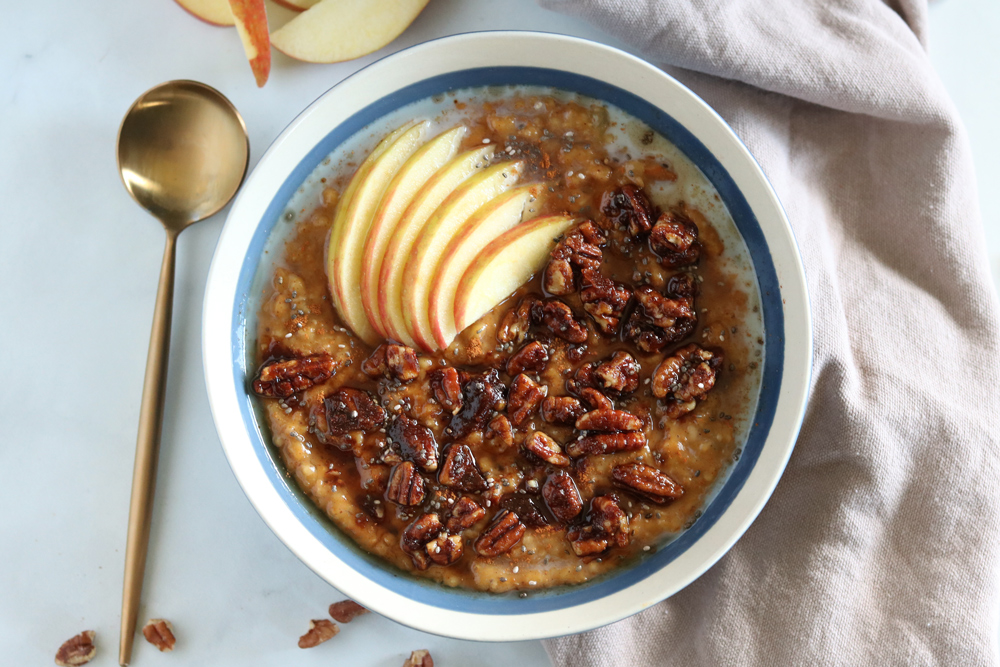 Oyegoke Motolani Oluwakemi is a writer, poetess, and author of insightful articles. She writes for Simple Smart Science on mood, memory and brain enhancement, and other topics, especially exciting ones that open her up to new challenges. She enjoys reading and seeing television series like “the Blacklist”.