The Amazing Benefits of Turmeric 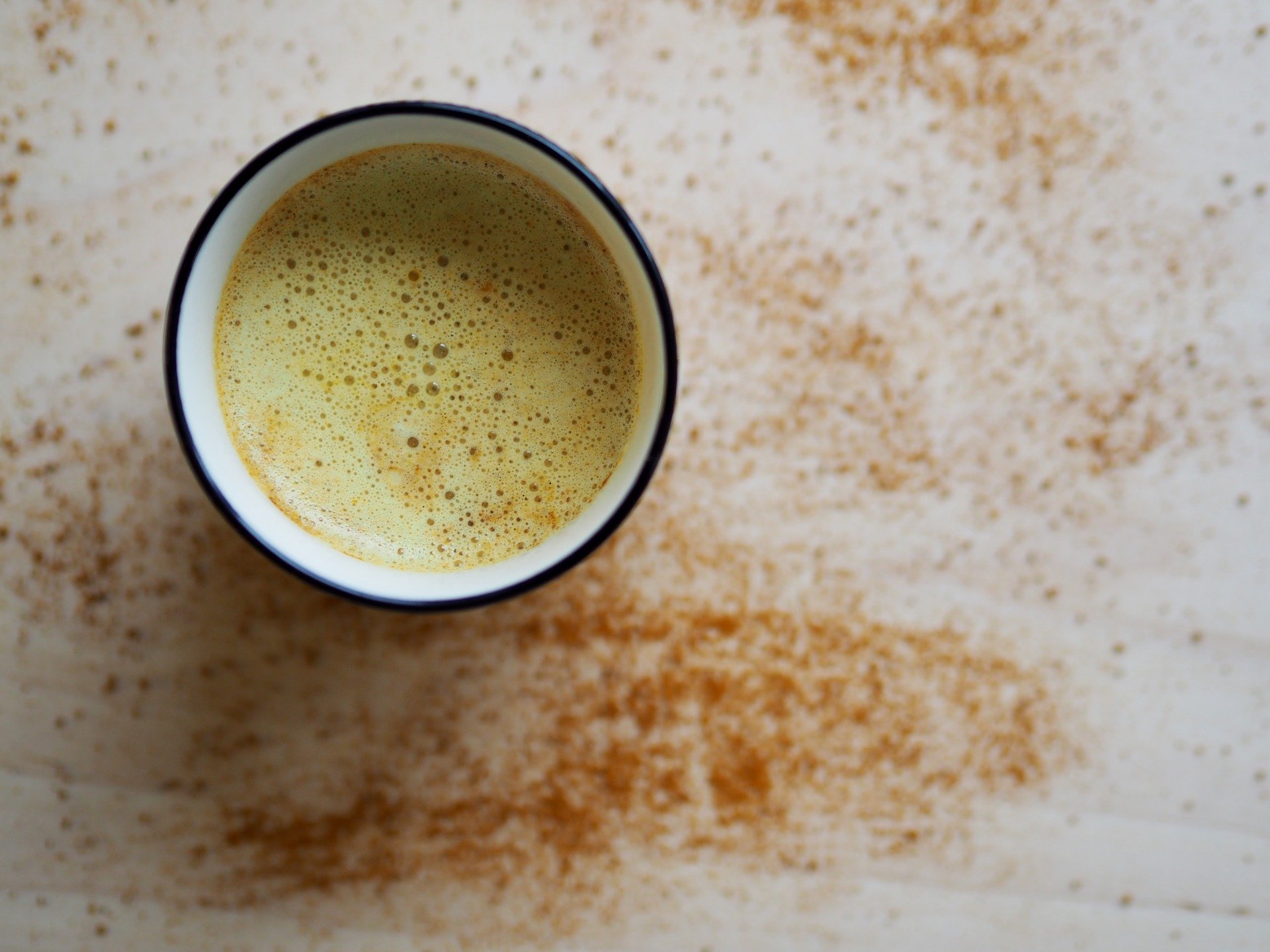 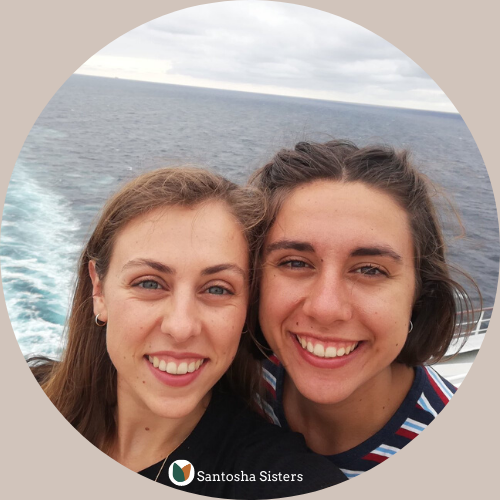 This recipe was submitted by Santosha Sisters, Nikki Lamprecht is a Dietetics student from South Africa and has been intrigued by what is in her food and where it comes from since childhood and her sister, Eugenie Lamprecht, is a Physical Therapist and Pilates Instructor.

Turmeric is called the Golden Spice. Some people believe this is due to its bright yellow color, but I’ve concluded that the name derives from its amazing health benefits.

Today we’re going to cover all of these different benefits. These are associated with different types of cancers, inflammation, post-surgical recovery, as well as lung and brain diseases. We will also share how to include this magic golden spice in your daily meals.

Curcumin is the most important compound in the Curcuminoid family as well as the main active ingredient in turmeric. In other words, it is directly related to the astonishing health benefits of turmeric which include the reduction, treatment or prevention of certain diseases and disorders.

Although curcumin is the main active ingredient in turmeric, it is not the only one. Turmeric does have additional health benefits that are not attributed to curcumin. Therefore including turmeric in your diet is more beneficial to your health than simply ingesting curcumin supplements or tablets or gummies.

If you do choose to go the supplement route, beware of overconsumption, as it can have negative side effects. We will provide recommended daily dosages at the end of this article 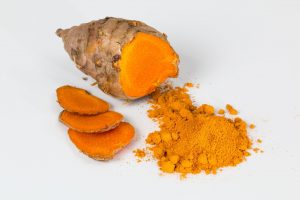 Turmeric may prevent or help with the treatment of Cancer. Since 1987, the National Cancer Institute has tested more than a thousand different compounds for chemo-preventative, or cancer-preventing, activity. Curcumin remains among the most promising compounds. It appears to not only prevent cell damage but also facilitate the repair of cell damage that may lead to cancer.

Curcumin has the ability to reprogram the self-destructing mechanism of cancer cells back into normal healthy cells. All cells contain the so-called ‘death receptors’ that trigger the self-destruction sequence. Cancer cells are uniquely able to disable their own ‘death receptors’ to continue growing. Curcumin appears to have the ability to reactivate them.

Turmeric may, therefore, help with multiple myeloma and cancers of the breast, brain, blood, colon, kidney, liver, pancreas and skin.

A 2012 study took individuals with pre-diabetes and provided them with either curcumin or a placebo for a 9 month period. 16% of the placebo group developed full-blown diabetes. The curcumin group?… None!

Not only did the curcumin possibly prevent diabetes, but there was a significant improvement in participants’ fasting blood sugars, glucose tolerance, hemoglobin A1C, and insulin sensitivity.

But what if you already have diabetes? As little as one teaspoon a day of turmeric has been shown to reduce serum free fatty acids levels in the blood. These FFAs in the bloodstream may play a role in the development of insulin resistance, and ultimately be associated with type 2 diabetes. They can build up inside muscle cells, interfering with insulin signaling.

Monitor your blood glucose numbers when consuming extra turmeric to ensure they do not drop below recommended levels.

Curcumin may not only lower the risk of brain diseases such as depression and Alzheimer’s, but could also improve brain function.

Many common brain disorders have been linked to decreased levels of BDNF, or brain-derived neurotrophic factor. This includes depression and Alzheimer’s disease. There have been studies done showing a link between curcumin consumption and increased BDNF levels in the brain. This is exciting news as it could effectively delay or possibly even reverse some brain disorders or previously thought age-related decreases in brain function.

Oxidation appears to be one of the leading factors in aging and multiple diseases. Antioxidants have been proven to delay the onset of oxidation.

Research indicates that curcumin is an antioxidant pigment that inhibits damage to fatty tissues, DNA and proteins in your body (also known as oxidation.)

It is also known as a natural anti-inflammatory compound and may, therefore, help reduce inflammation in the body.

Trials have even shown that it can match the effectiveness of some anti-inflammatory drugs, without the side effects associated with those drugs.

How can turmeric (curcumin) help you post-surgery? 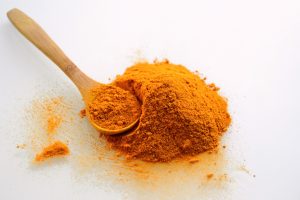 Curcumin is such a powerful compound but, unfortunately, it is poorly absorbed into the bloodstream. But no need to worry! Mix it with a bit of black pepper and you’re good to go. Black pepper contains piperine, a natural substance that enhances curcumin absorption by 48%.

Curcumin is also fat-soluble, so it may be a good idea to combine it with a healthy fat like avocado, coconut oil, flaxseed oil, avocado oil, olive oil, or coconut milk.

The side effects of turmeric are quite rare and usually moderate. But here are a few things to keep in mind:

Take note: most of these side effects occur when excessive amounts of turmeric are consumed every day (mostly through supplements). Among individuals without the mentioned health conditions (diabetes, gallstones, kidney stones, bleeding disorder), one teaspoon of turmeric per day is safe and contains a lot of health benefits.

Easy ways to get in your daily turmeric serving:

First, what is the maximum recommended serving per day?

Research indicates that turmeric doses of 500-2,000 mg per day (1/4-1 teaspoon) may be effective. However, high doses are not recommended long-term.

The World Health Organization (WHO) has determined 1.4 mg per pound (0-3 mg/kg) of body weight to be an acceptable daily intake.

Like we mentioned earlier, curcumin may be the main active ingredient in turmeric, but it is certainly not the only active ingredient. For that reason, it is best for your health to consume turmeric, the whole food, rather than a curcumin pill/supplement.

Add more spice (turmeric & black pepper) into your life by adding some to your eggs, soup, roasted veggies, or into your smoothie. Trust me – it actually tastes better than you would think.

Or you could try this Golden Milk recipe that you can make every day like the one below, or for a more mellow day try our CDB Turmeric latte recipe.

Nikki Lamprecht is a Dietetics student from South Africa and has been intrigued by what is in her food and where it comes from since childhood. She recently started a holistic lifestyle blog, Santosha Sisters, with her sister, Eugenie Lamprecht, who is a Physical Therapist and Pilates Instructor.

Both are extremely passionate about leading a healthy and balanced lifestyle. So they decided to start a blog to share their experiences as they grow and to reach more people.

Besides nutrition, their blog also includes other topics like sustainability, personal development and physical activity. The ultimate goal is to help people around the world to learn how to care for their mind, body and soul.