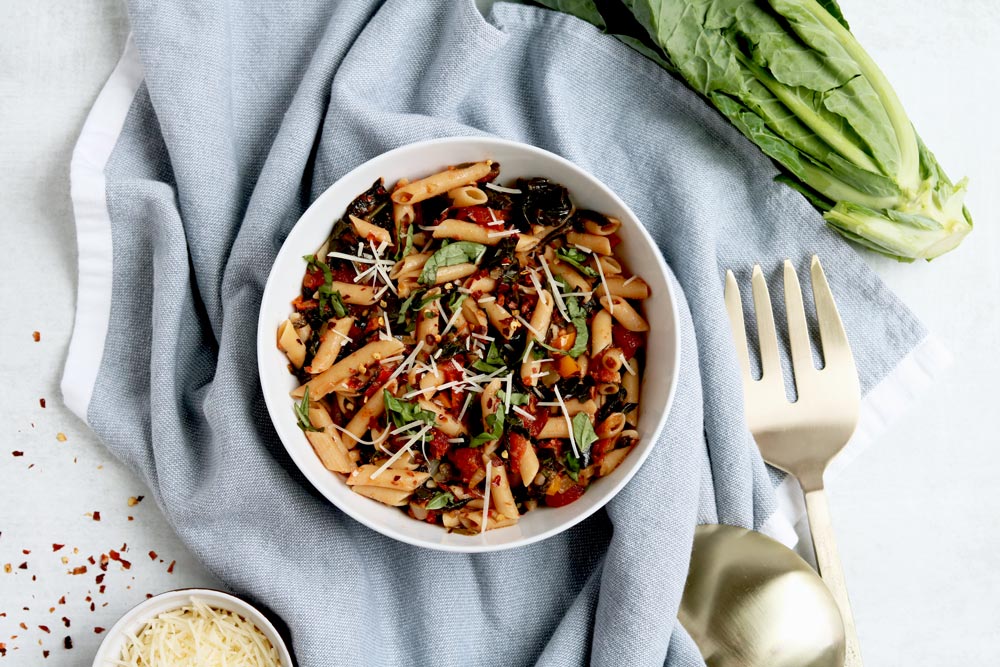 Inside Scoop: This Vegan Penne Pasta is loaded with flavour.

This recipe was submitted by Tanya Schultz, Registered Holistic Nutritionist.

It might not show on this platform, but did you know that I am totally grain-free?

I’m also all about not giving up gluten or grains unless completely necessary. I think whole grains have a special place in a healthy diet, but I’m going to be frank with you guys, my gut needs some serious TLC, and until I am ready to put myself on a gut-healing protocol I will have to remain grain-free.

Because, I get the serious case of grain pains.

Those grain pains are not fun! With them comes extreme bloat, extreme cramping, and some days even couch ridden in the fetal position until the cramps pass. Who would’ve thought that such a tiny little bugger could cause such a dramatic bodily reaction.

I have been testing this for months now because I feared it was true, but didn’t want to believe it. I tried corn on its own, rice, quinoa, millet. I said to myself WHYYYYYYYY?!? And then I went into a state of denial. Nevertheless, I prove myself right every time I sit down and have a bite of oats, or a little corn tortilla.

And until I start my gut healing protocol (more about this to come, because even as a nutritionist, you need to find the right time to heal, a time that works best for you), I will be eating all of the above – but in a carefully managed, grain-free kinda way.

It’s been a while since I’ve had a pasta dish that really tickled my fancy in such a way that I literally crave it every day!

This Collard & Sun-dried Tomato Vegan Penne Pasta has got it going on. It is loaded with healthy ingredients, such as collard greens (which are a great source of vitamins and minerals, and totally liver friendly), sun-dried tomatoes (which add so much flavour and depth to a pasta dish), and fresh herbs, peppers and tomatoes, and yet it’s a dish that is so wildly simple to put together.

Like, chop, sauté, done, kinda simple. You don’t even need to simmer or anything, you just need to get those greens cooked down and you’re good to go. This vegan penne pasta sauce is anything but boring, and it even blows other meat sauces out of the water. I’d much rather have an herb and flavour loaded vegan pasta sauce any day of the week.

So, it’s all about the sauce with this one. I chose to grab a pack of Tolerant red lentil penne, because I find that they taste just like regular noodles, and don’t have a starchy and weird consistency like some grain-free noodles do. They’re also loaded with protein and fiber and don’t irritate my gut. 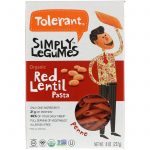 But, this vegan penne pasta sauce goes with any noodle of choice really. If you are okay with grains (ie. don’t get keeled over pain when you eat them), then go for a spelt or kamut penne, or a quinoa and brown rice fusilli. It’s really not about the type of noodle with this recipe, it’s about the SAUCE BABAY! 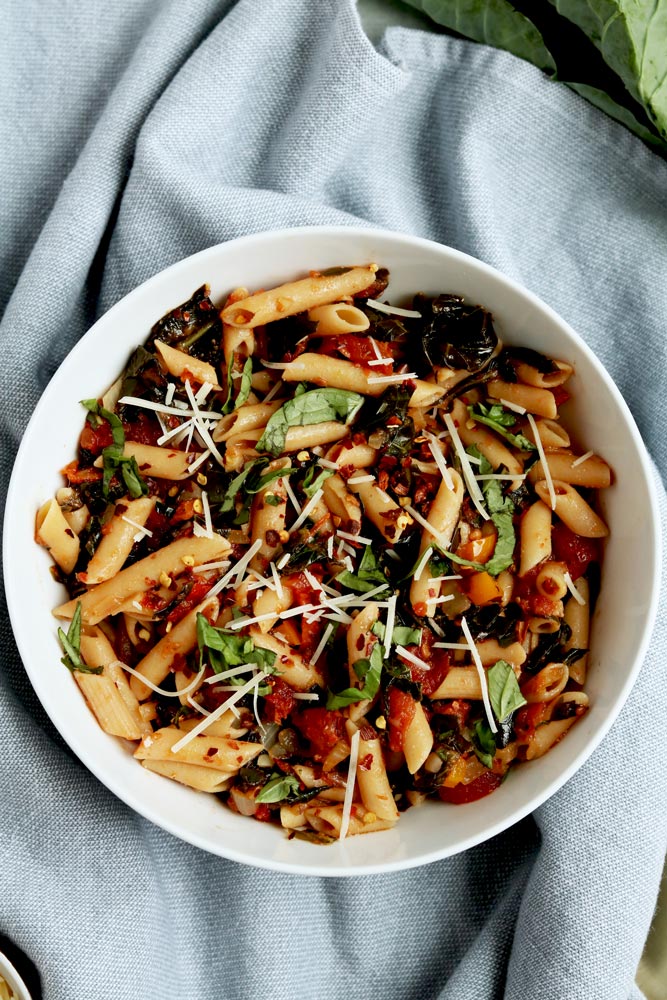 We like to kick it meatless around here when we can (which is not easy to do with a meat and potato loving kinda hubby), so a sauce like this that has a lot of depth of flavour really stands out on our meatless nights.

It’s also loaded with plants, so if you or your significant/ family don’t make the BEST of friends with baked veggies or salads, this is a great way to get more veggies into your life, without feeling like you’re eating a bowl of veggies. You know what I’m saying?

This Collard & Sun-dried Tomato Vegan Penne Pasta lets you have that, without making you feel like you’re being overly healthy (wink wink).

Food That Fits Your Life

What I love most about this vegan penne pasta is the fact that it fits my busy lifestyle. Constantly being on the go with a busy toddler means that I need meal ideas that are quick and simple, but also incredibly healthy.

That’s why we designed an eating plan that tackles this, and contains meals just like this one. Although this vegan penne pasta isn’t part of our signature N5Diet, it’s definitely simple like the recipes in it. If you are looking to learn more about our 5 week nutrition plan, make sure you jump on our N5Diet email list here:

And, if you’re looking for other plant-based pasta sauce recipes that are simple to create, but incredibly yummy, check out our Sun-dried Tomato Cashew Cream Pasta Sauce. Creamy bowl of goodness!

What do you think about kicking it plant-based with pasta? Let us know in the comments below. And, if you happen to whip up this delicious recipe, make sure you #naughtynutrition us 😉 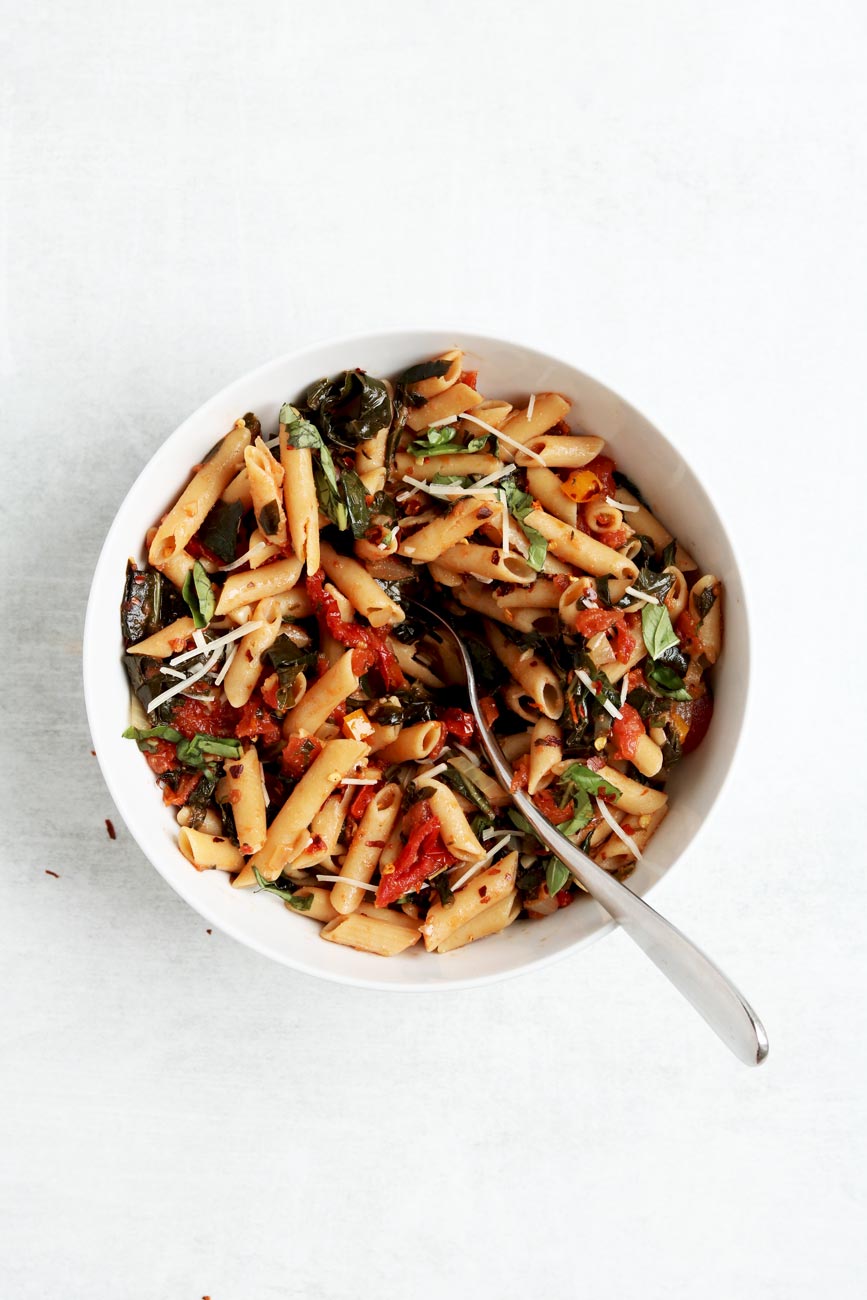 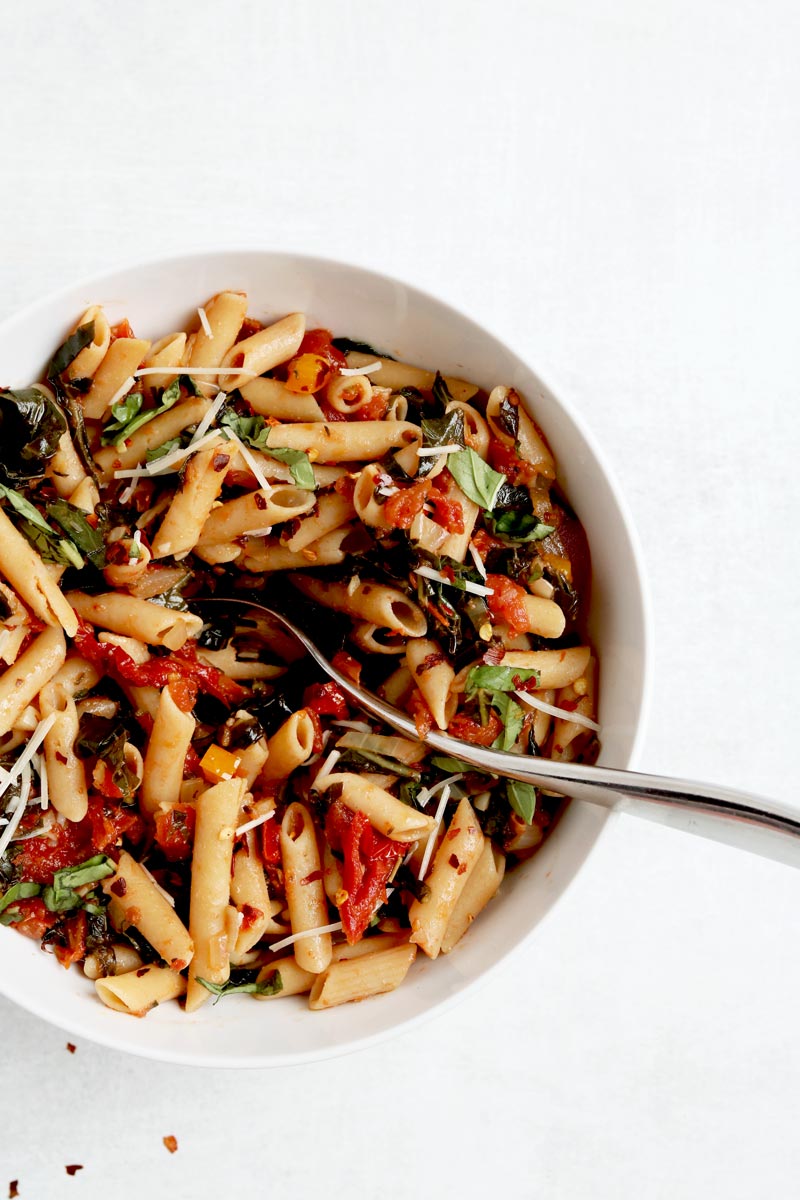 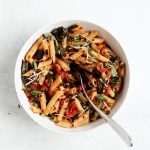 *1 cup passata if you want a tomato base instead of an oil based pasta.

Tanya Schultz is a Registered Holistic Nutritionist in Niagara Falls, Ontario. She specializes in children’s and family nutrition. After graduating from the Canadian School of Natural Nutrition in Toronto, she worked with clients at Source Centre for Health and Wellness in downtown Toronto. Tanya recently relocated to Niagara Falls where she provides nutritional consultations in person or over Skype for those not in the area.

Learn more about Tanya by visiting her website here: http://tanyaschultznutrition.com/